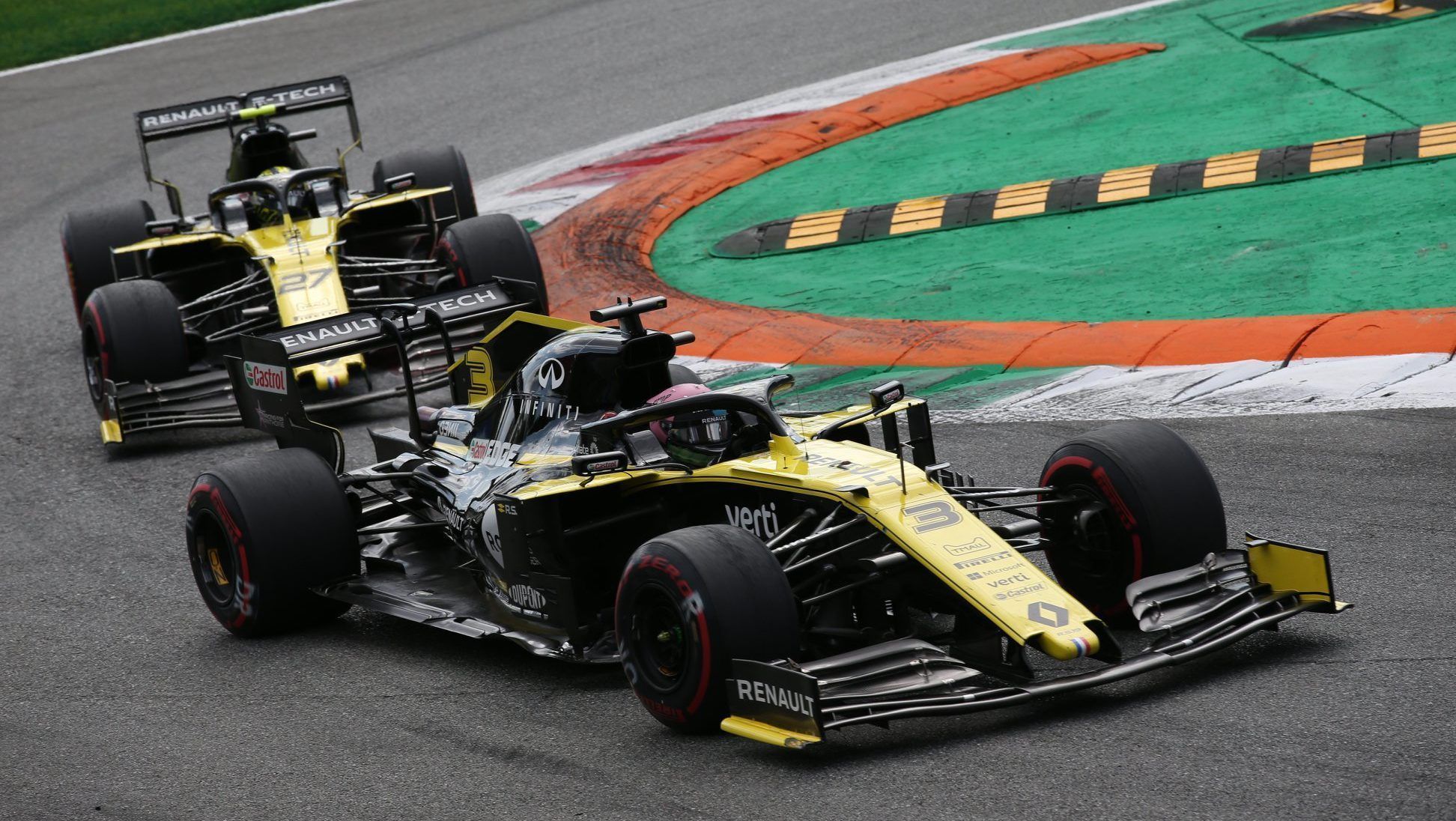 Daniel Ricciardo hailed the work done by Viry as he felt the F1 Italian GP result for Renault was certainly a statement from the manufacturer.

Already at Spa-Francorchamps, Renault looked in a good shape despite it being a power circuit. The results didn’t reflect as much there as it did in Italian GP at Monza which Ricciardo was chuffed about.

Even without Ferrari’s Sebastian Vettel issue, Ricciardo thought fifth was possible at Monza with the improvements made by Renault in terms of power. In the end, they finished fourth and fifth to get a good haul of points.

Ricciardo was fourth after the Australian managed to pass Renault teammate Nico Hulkenberg. In the fight for fourth place against McLaren, it was crucial for them to score with the gap now down to 18 points.

“I am going to be more greedy and say that one more position would have been great,” said Ricciardo to TV media. “I actually talked a little bit about the podium, even on Saturday, I knew we weren’t that far from it.

“I am very happy with fourth, just the pace we had. The last stint, once we had the gap to Nico with Albon behind him, we thought we could play it cool and I think even then the pace was too strong.

“So, I am happy to get the result for myself and for the team. To do here in Monza, it is a statement for Renault, especially for the guys in Viry with the power unit, they should be happy.

“Because to come here on a power circuit and get the best result of the season, I think it is a big turnaround from the last years because they have had lot of grief on power circuits.

“So, they have made a big step this year. The race pace was really good and it’s a nice reward for the team. The result is long overdue this year; I’m very satisfied.”

Meanwhile, Hulkenberg added: “I’m very pleased after that result. It feels nice to have a finish like this and hopefully it will bring some momentum for the remaining seven races.

“The team deserve it as it’s been a tough year for us with some difficult results and moments. It’s a nice reward for everyone involved for the hard work. For me, it was a straightforward race.

“I made a strong start with two overtakes and managed to hold good track position. From there it was about maintaining that, making no mistakes and keeping calm. I had some pressure at the end but I managed to fend that off.

“It was largely quiet and controlled and a very good team result with Daniel just ahead.” Renault team boss Cyril Abiteboul was elated and relieved with the result as well, especially on the power side.