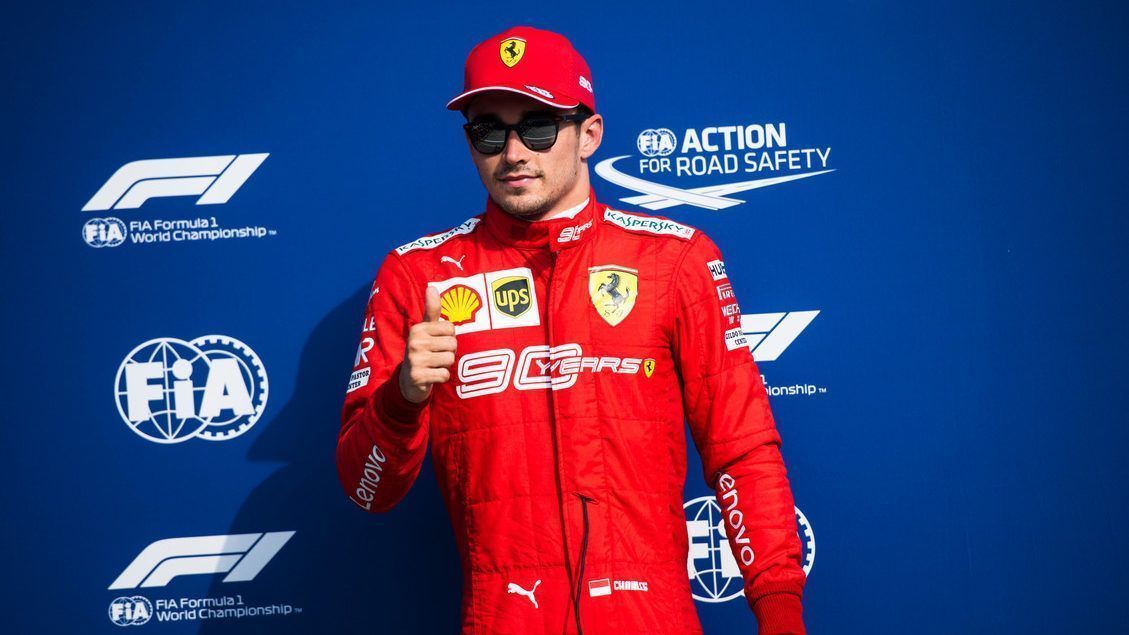 Charles Leclerc had a slow start in F1 Italian GP at Monza in his Ferrari but Mercedes’ Lewis Hamilton couldn’t capitalise with Valtteri Bottas getting close to his teammate. It was a change behind though.

Sebastian Vettel lost to Renault’s Nico Hulkenberg, which he could only regain at the start of the new lap at Turn 1. Hulkenberg then lost out to Renault teammate Daniel Ricciardo to be fifth and sixth.

At the back, Red Bull’s Max Verstappen hit the back of Racing Point’s Sergio Perez when the latter along with Haas’ Romain Grosjean slowed at Turn 1 and went off road. Verstappen couldn’t stop quickly enough.

They were all put under investigation along with Alfa Romeo’s Kimi Raikkonen, with the Finn being investigated for wrong starting tyres. He started from pit and had to use the Q2 tyres but team used a fresh set.

As Leclerc led the Mercedes duo, Sainz and Albon came wheel-to-wheel at Curva Grande with the Thai going off and losing places to drop outside Top 10. He then passed Haas’ Kevin Magnussen by cutting a chicane.

The stewards gave him a five-second penalty as he did not give back the place. Meanwhile, there was drama ahead when Vettel spun on his own at the exit of Ascari and re-joined the track in an unsafe manner.

He just hit Stroll, with the Canadian then going off and re-joining in an unsafe manner himself, forcing Toro Rosso’s Pierre Gasly on the gravel. Vettel was given a stop & go penalty, while Stroll got a drive-through.

The German also had to pit straightaway for the damaged front wing. With Vettel out of the equation, Leclerc was the lone Ferrari ahead of Hamilton and Bottas with Ricciardo and Hulkenberg behind.

Sainz ran a good sixth until the pit stop when the right-front was lose and he was forced to retire, causing the Virtual Safety Car. Before things could settled, Toro Rosso’s Daniil Kvyat retired with an engine issue.

There was another VSC period. The double retirements helped Albon to sixth, who recovered well, with Racing Point’s Sergio Perez in seventh. In the meantime, Verstappen climbed up inside the Top 10 already.

At the front, Leclerc and Hamilton were at it with the British racer trying a move at the exit of Curva Grande but the Monegasque just about to hold on, with Hamilton having wheels on the grass and take evaise action.

The stewards warned Leclerc with a black and white flag. Post the pit stop with Leclerc on the hard compound and Hamilton on medium, the British racer once again tried for a move but couldn’t stick.

That was it for the moment with Leclerc leading as Bottas caught the two and passed Hamilton with five laps remaining. Behind, Renault held on well with Ricciardo in fourth from Hulkenberg.

The German had Albon on his tail with Perez fighting Verstappen for seventh as Giovinazzi and McLaren’s Lando Norris rounded out the Top 10. Norris had Gasly on his tail in the fight for 10th.

Bottas tried hard to get Leclerc but the Ferrari driver had enough to secure the Italian GP win, making it two F1 victories in a row in the home race of the Italian manufacturer at Monza.

Mercedes took second and third with Bottas ahead of Hamilton, as the British driver stopped for the second time to take a point for the fastest lap. Renault scored their best result with Ricciardo fourth and Hulkenberg fifth.

Albon was sixth as Perez held off Verstappen for seventh by 0.690s, with Giovinazzi ninth and Norris 10th. Everyone from Giovinazzi until the last driver were lapped at least once by the leaders.

Outside the Top 10, Gasly was 11th with Stroll 12th as Vettel could only manage 13th with three stops to his name. Williams’ George Russell did a superb job in 14th ahead of Raikkonen in the Top 15.