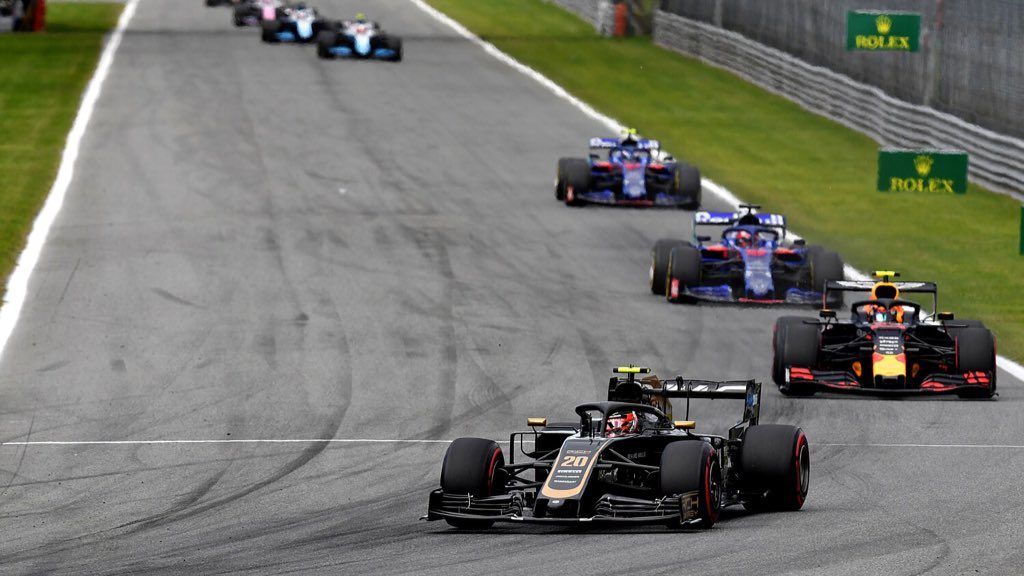 The trajectory for Haas is going in the opposite direction with F1 Italian GP at Monza another troubled weekend as Magnussen retired due to a hydraulics issue, while Grosjean had race-long battle with balance troubles.

The Frenchman also spun at the exit of Ascari, moments after Ferrari’s Sebastian Vettel had his spin. The American outfit has dropped off the midfield pack with only Williams behind them.

The race pace continues to haunt them as they keep going backwards. “I had a hydraulic problem at the end, so we had to retire unfortunately,” said Magnussen. “Until then, it had been going okay.

“I was fighting to keep people behind, which is normal for me these days. That said, we had been in a good position and a lot of other people were having problems. It was just bad luck to have our problem at the end.

“On the positive, we were in the Top 10 from beginning to end – of our race at least. It wasn’t a true picture but at least we were going for it. It looked like we could do something, but obviously I’m gutted we had to retire.”

Meanwhile, Grosjean added: “It was very complicated. I was hit from behind into Turn 1 and it picked up the anti-stall. I had to pull the clutch, release the clutch, and by the time I had done all that I was driving through the polystyrene blocks and was dead last through the first corner.

“I tried to push to come back, then I had a spin at Ascari. I came into the pits and asked the team to remove a fair bit of aero balance, as the car was very much on the nose. We did it, but the car was still over balanced.

“We pitted again and removed one percent of aero balance, and the car was still over balanced. Definitely something went wrong with the car today. We need to analyze everything, the balance we had today was definitely not what we had during the rest of the weekend. A lot to do.”