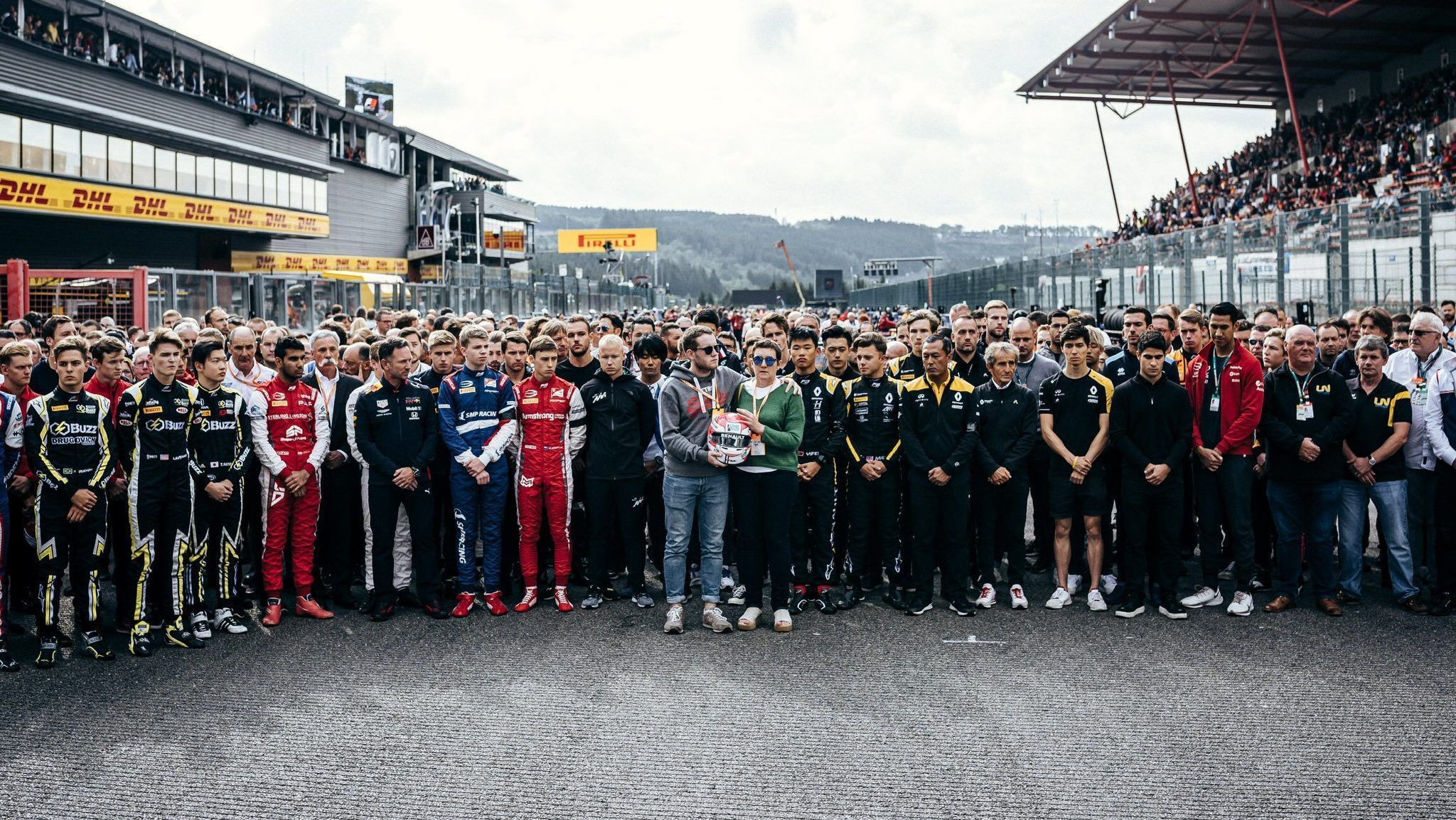 Renault F1 Team has written a heartfelt tribute to fallen Anthoine Hubert, just over a week since his death in a tragic incident.

While Alesi was released from the medical center soon and raced in Monza weekend, Correa is still in the hospital, having being transferred to London as he faces multiple injuries to get himself cured from.

After the races at Spa were cancelled, the F2 grid got together at Monza this past weekend as drivers and the organisers paid their respects on the podium in both the races.

Following the two back-to-back race weekends, Renault has shared a heartfelt tribute for its junior driver, whom they only made a full-time junior at the start of the F2 season after his GP3 Series title win in 2018.

He also got his maiden F1 drive in a showrun and a private test, while racing for BWT Arden with two wins to his name as the leading rookie driver. His life was celebrated on Tuesday in Chartres Cathedral, France.

The full tribute from Renault is here:

“There are men, and then there are great men. It has nothing to do with age or experience – they are the ones who make a difference, and sometimes this talent blooms early. Anthoine was one of these greats.

“His easy smile, humility, gentle confidence, sense of humour and steely determination never failed to bring out the best in others. Anthoine joined the Renault Sport Academy as an affiliated driver in 2018 before gaining a promotion to a full-time member this year.

“He immediately made an impact in the tightly-knit group, arriving with grace, enthusiasm and a work ethos that impressed. There was of course a gentle rivalry, but Anthoine’s dedication and professionalism inspired.

“They avoided the petty pitfalls of the usual young driver programme. He encouraged every driver to be the best version of themselves, whether in the gym, on track, in the sim or over dinner.

“Importantly, however, he encouraged them to do it positively – always looking forward, working hard and playing fair. He became more than an Academy member, he was a friend, a brother and a mentor.

“The bonds formed between the group over numerous training sessions, flights, motorhome lunches and late-night WhatsApp group chats were genuine and enduring, nothwithstanding on track competition.

“Anthoine’s charm was immense, but his smile belied his huge ambition and work ethic. He was a constant visitor to Enstone and Viry, training in the gym, working with the Academy group, getting to know as much as he could about his craft.

“He wanted to learn, and he wanted to get to know the people he hoped he would one day work even closer with. We too were looking forward to those days, but will never get the opportunity.

“His work ethos had taken him far. He would take time to learn a series, with an analytical, intelligent approach. Watch, ask pertinent questions, build relationships, incorporate, deliver – it was a method that served him well, just like his hero Alain Prost.

“Anthoine had won in every single championship he had contested but really stepped it up a gear in 2018 when he won two GP3 races to become the last man to hold the title before its change to F3.

“Anthoine was both excited and highly motivated by his move to F2 in 2019. In the pressure cooker of F1’s feeder series, his concentration, ability to absorb information and work with engineers delivered emotional wins in Monaco and Paul Ricard.

“The best was yet to come. Today we pay tribute to Anthoine, taken too soon. Our thoughts are with you and your family on this saddest of days. Rest in peace, friend, colleague, brother. You will be greatly missed.”