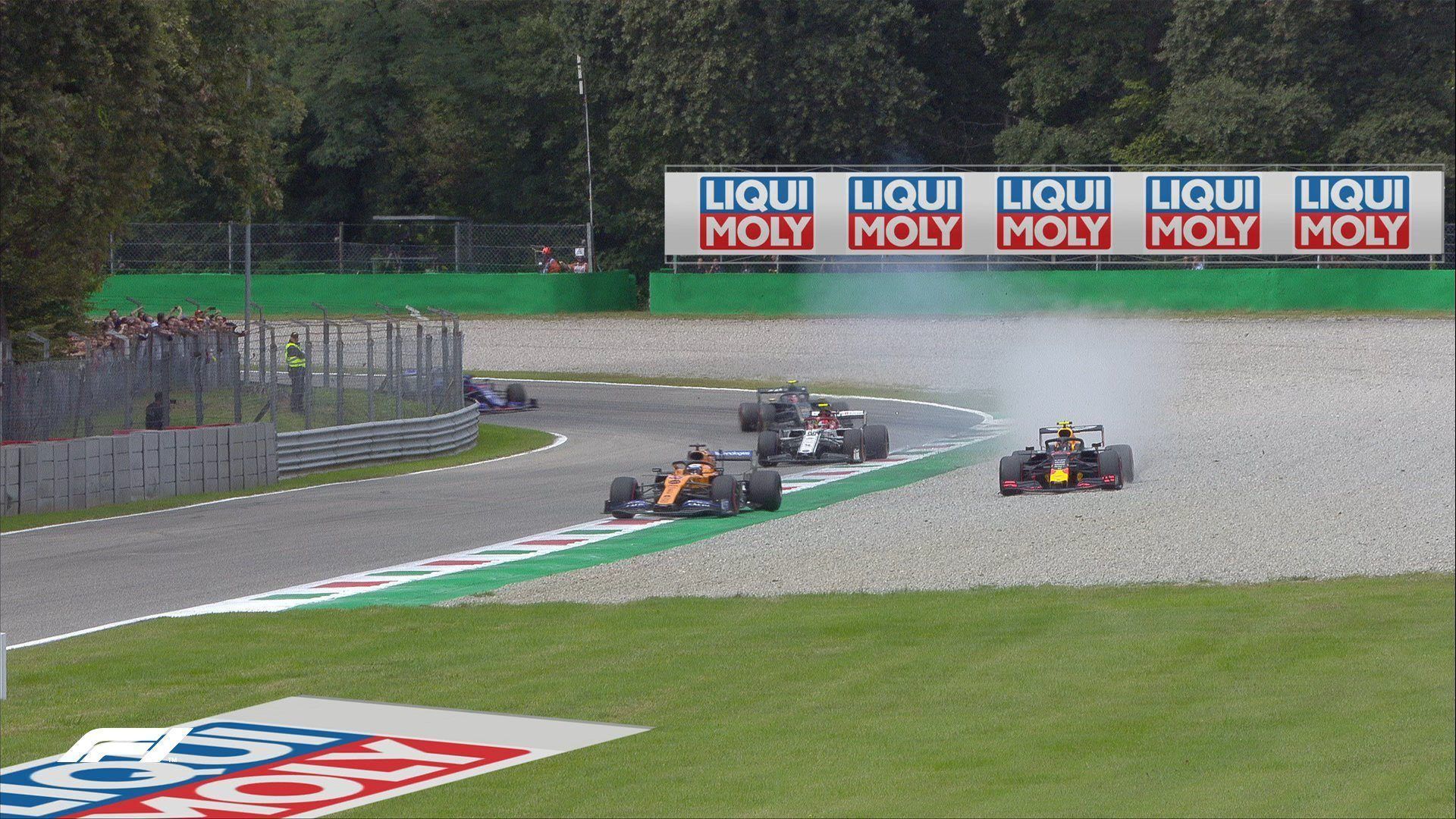 Sainz apologised quickly over the radio for his clash with Red Bull’s Albon during the F1 Italian GP at Monza. Albon had challenged Sainz for eighth at the start of the race as he dived down the inside at the Della Roggia chicane.

However, as he lost momentum on the exit and Sainz was able to come back at him on the approach to Lesmos. The two brushed at the entry into first Lesmos, which forced Albon onto the gravel and losing places.

When asked about the incident, Albon said: “It was a bit sketchy. I was quite happy with the move into Turn 4, that bit was good. He got the run on me, which [is] fair play, I had to go a bit deep to do that move.

“I know it was a bit risky. Maybe. But the problem for us is that we weren’t great on the straight, so a lot of our moves had to be done deep into the brakes or into the corners. That was our whole race.

“Maybe it was a bit optimistic, but we’re talking fine margins. If I had that much more space I ‘would’ve stayed on the track.” At the same time, Sainz added: “He went really deep into Turn 4.

“It was very late braking with that Red Bull like always we see from Max [Verstappen] and everyone who drives that car. I was quite surprised he went for it. Then I managed to get the run to the inside of Turn 6.

“I had a bit of a nudge from the rear, and I think it was just enough to get him a bit out of line, which I apologised [for] over the radio. It was hard racing, and I honestly lost the car a bit, there was nothing I could’ve done differently.”

The stewards decided no investigation necessary for the incident. Sainz looked to finish a good sixth in the grand prix but for a lose wheel during the pit stop, which cost McLaren 5,000 euros fine.

He was also reprimanded for the Q3 debacle where he was found to drive slow with two others. It was not a quiet weekend for Albon as well, who couldn’t get a clean lap in Q3 due to the above incident.

He was then handed a five-second penalty for leaving the track and gaining an advantage when passing Haas’ Kevin Magnussen. He still finished sixth, as he felt improvement from the last race to this.

“It was a bit messy race but overall if I look back at Spa and here, there’s an improvement on my side, I am happy with the performance,” reflected Albon.

“I think the results this weekend hasn’t shown the improvement we made, but I am feeling more competitive now and I certainly am understanding the car better, so it is good thing as we move towards Singapore.”