Home F1 Verstappen says Perez was too fast to pass on straights in Italian... 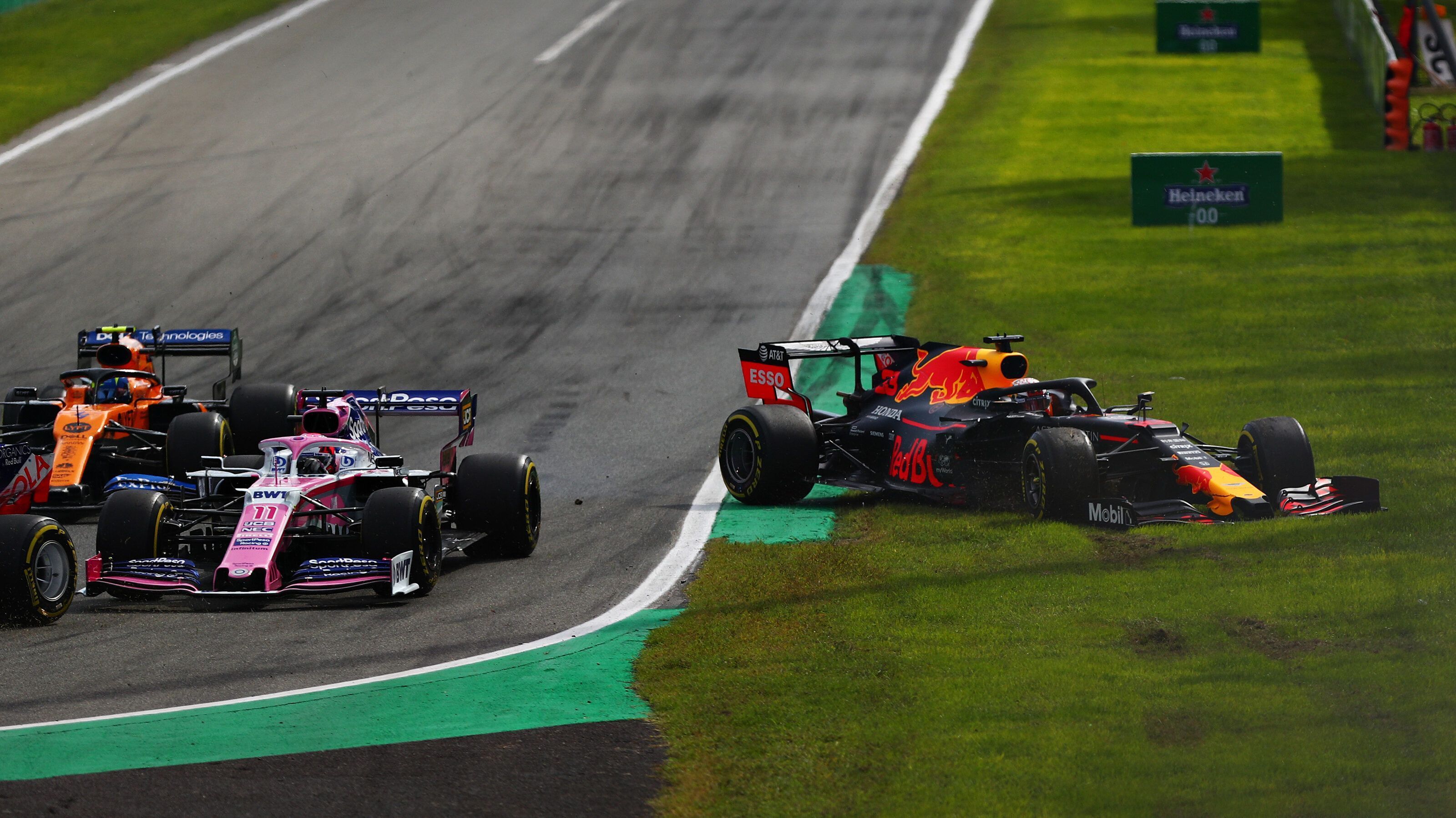 Red Bull Racing’s Max Verstappen says Racing Point’s Sergio Perez was too quick on the straights to pass him in F1 Italian GP.

With penalty lined-up for Verstappen for Honda power unit change, he started the F1 Italian GP from the back of the grid at Monza, which resulted in a mishap when he collided with Perez at Turn 1.

With cars going slow in a tight Turn 1, Verstappen couldn’t avoid Perez which forced the Dutchman into an early stop and put him further back in the grand prix. He changed to soft tyres from the medium he started on.

He was forced then into a two-stop race which deterred his chances of a Top 5 finish. Despite that, Verstappen mounted a solid charge to eighth but was then stuck behind Perez for more than 10 laps in the end.

The straightline speed of the Mexican with the Mercedes unit was too much for Verstappen with the Honda. “I was braking into Turn 1, following, following and suddenly everything got bumped up,” said Verstappen.

“I wanted to turn to the left to avoid it but I just clipped Sergio’s rear tyres, so I had front wing damage and we pitted. The race was still on, I got past quite a few cars but when we pitted, we got unlucky with VSC.

“So, when we pitted, three or four cars which I had already overtaken were back in front of me. It was very painful, it take more out of your tyres than you want to, but then I had still few cars ahead of me and I could see.

“That was not too bad but then I got stuck behind Perez again, just couldn’t get ahead on the straight, they were really quick. We have made some steps forward with the pace of the power unit.

“But we will of course keep working hard to improve even further. With what happened at Turn 1 coming through to eighth isn’t too bad and these things are always more likely to happen when you start at the back.”

For Perez, he was forced to run the Phase 2 power unit rather than Phase 3 to avoid extra penalty. The Mexican had two failures in the weekend but came back well to score points in seventh eventually.

“It was a great recovery from what has been a difficult weekend in the lead up to the race, especially with the problems in qualifying,” said Perez. “I think everything worked out for us in the end thanks to a strong strategy from the team and some good timing with the Virtual Safety Car.

“It was a tough race, especially the last 15 to 20 laps with Verstappen so close and putting me under pressure. We just had to push as much as we could. We’ve taken some good steps forward with the car recently and I’m optimistic going forward with more parts coming for Singapore.”