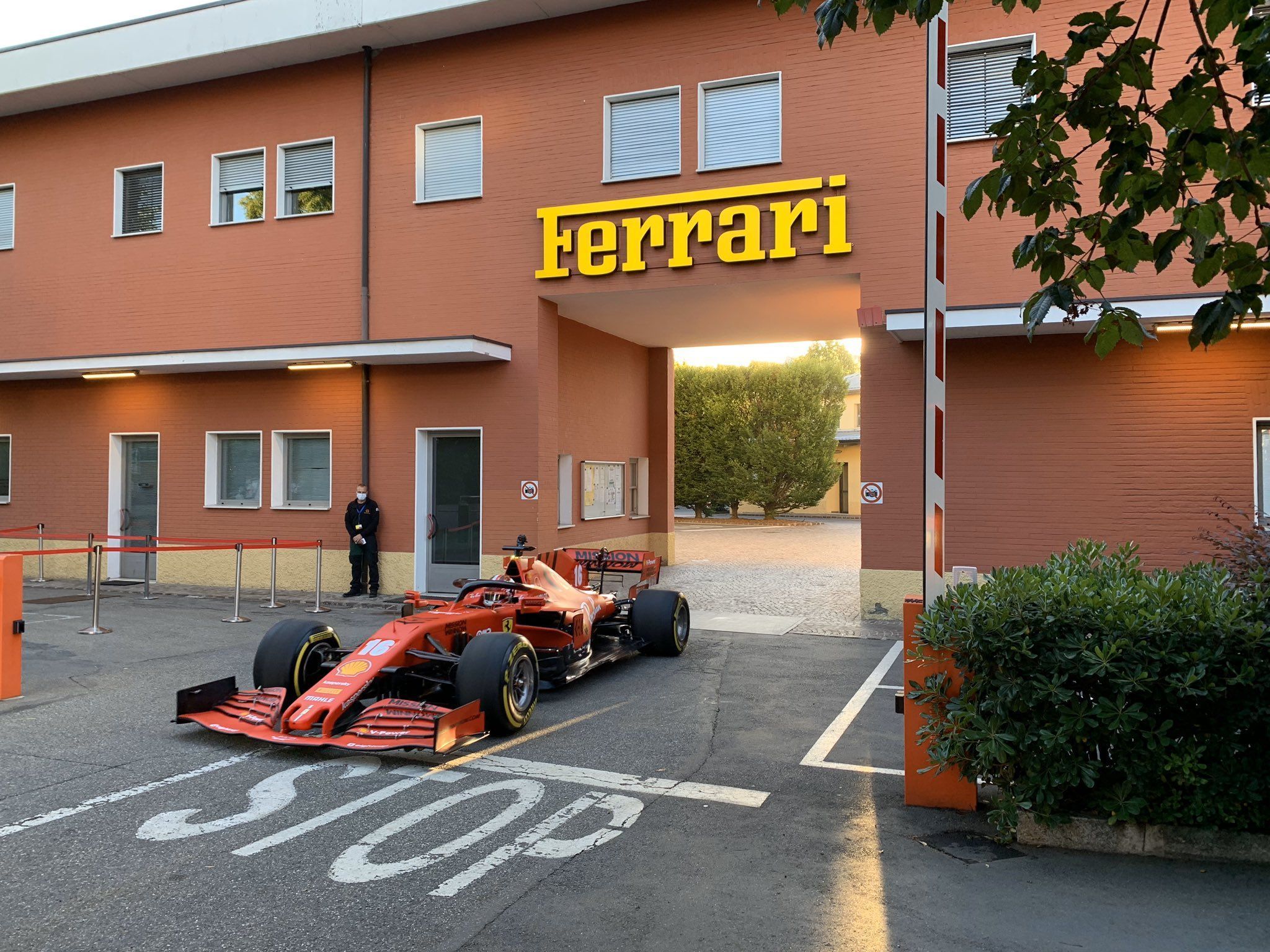 Ferrari’s Charles Leclerc took the SF1000 on the streets of Maranello to kick-start the 2020 season ahead of Austria start as McLaren’s Lando Norris and Carlos Sainz test F3 car at Silverstone.

It is back to being busy times for F1 teams as after Mercedes, Renault and Racing Point, Ferrari joined the action of running its car for the first time amid COVID-19 pandemic. The former two had a proper test with the 2018 car, the latter two used the 2020 machine.

While Racing Point undertook a filming day at Silverstone with Lance Stroll, Ferrari had a similar kind of run on Thursday morning with Leclerc driving the SF1000 on the streets of Maranello. The team noted that its been 110 days since Barcelona test.

Leclerc started off from Officina Classiche – where the racing department was based in earlier times. He drove through Via Abetone Inferiore, Gestione Sportiva, Maranello Museum, Via Gilles Villeneuve, before halting at Fiorano.

“I don’t normally like getting up early, but this morning there was a great reason to do so. Maybe it woke a few people up, but it was great to drive through the streets of Maranello in the SF1000,” said Leclerc post the drive.

“It was exciting to get back in the car today, particularly on such a special route. Being back in the cockpit felt like coming home again. It seemed like a fun way of saying we are ready to get back on track. Now I can’t wait to drive the SF1000 in Austria.”

Leclerc and Sebastian Vettel have already visited the base at Maranello to prepare for the 2020 F1 season start but it is unclear so far if they are to test at Fiorano. There has been no confirmation from Ferrari side as yet despite reports of them driving the 2018 machine.

While Ferrari ushered the 2020 season, McLaren’s Norris was back on track at Silverstone in the Carlin F3 car. He has already had multiple days of testing before, whether single-seater or karting, but this time the British F1 team is at his side as well.

Teammate Sainz is also running after karting with Norris last week, which had Red Bull junior Jehan Daruvala too. McLaren are unable to test an old F1 car due to the engine change from Honda to Renault as the latter is unable to provide one.

Williams’ Nicholas Latifi was also in action with Norris and Sainz in the Carlin car.

This sound in the early morning today 😍 @Charles_Leclerc

We’re at @SilverstoneUK today as @Carlossainz55 and @LandoNorris get behind the wheel of these F3 cars. 👊

How good is it to see these guys back on track? 😃🙌 pic.twitter.com/YtJ3nkdnh7

Back doing that thing I do ⛈ pic.twitter.com/jlXhGR6LmY

One silver lining of these strange times has been the opportunity to work with some old friends again!

Wetter than an otter’s pocket @SilverstoneUK today but still great to be back on track… #F3carforhire pic.twitter.com/6xrcoaHY4a

Hear from @Carlossainz55 and @LandoNorris after a rainy day at Silverstone, getting some time on track in F3 cars. 🌧️👊 pic.twitter.com/sPiHTf7TmK

More images/video/information to be added