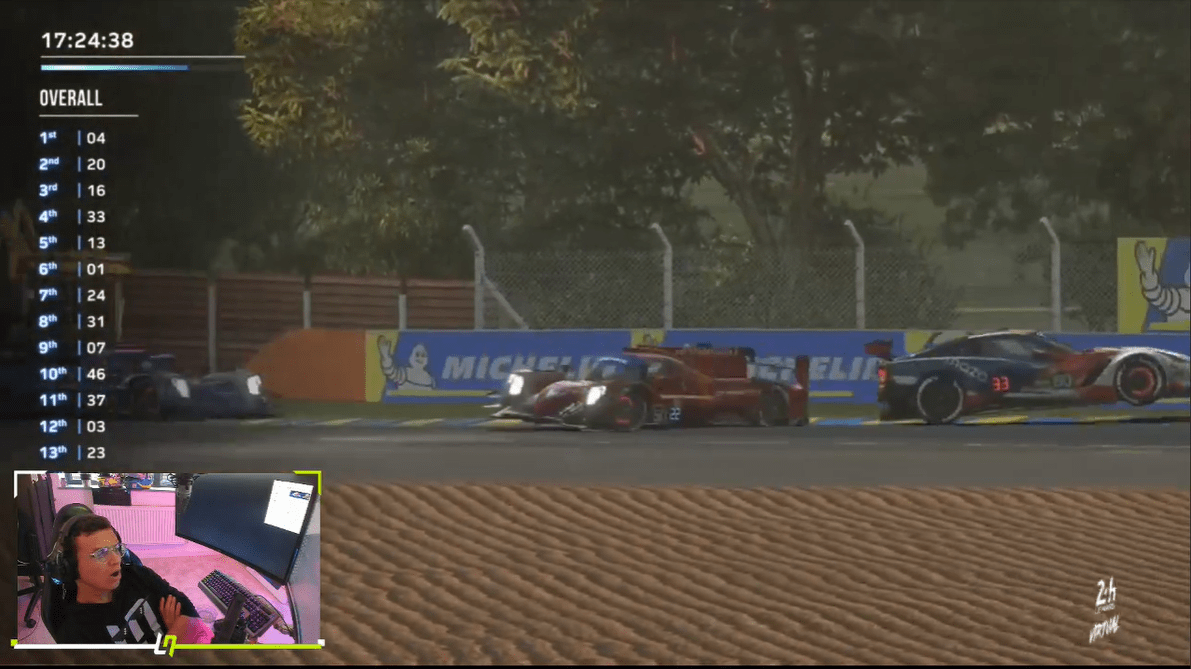 McLaren’s Lando Norris used Sebastian Vettel reference to put down some of the sexist remarks popping on his Twitch stream during Virtual Le Mans 24 Hours race.

After just over seven hours mark, #50 Richard Mile Racing Team’s Katherine Legge spun around and attempted to re-join the track as host of cars were stilling passing through the corner. In her attempt, she collected another car and spun it around.

It was Romain Grosjean-headed #80 R8G ESports Team Corvette which was spun around as both continued on then. Norris – who was live streaming the race on his Twitch channel, while supporting his #20 Team Redline outfit, was upset with Legge’s move.

It was a mistake from Legge indeed as his stream started calling out things such as ‘all-female outfit’, ‘women driver’, etc, which irked Norris more. He quickly asked the moderators to ban the people making the sexist remarks on his comment box.

He was reminded of the 2019 Italian GP at Monza, where Ferrari’s Vettel spun around and re-joined the track hitting Racing Point’s Lance Stroll, who as well repeated the same while recovering himself. Initially, Norris, took it lightly with the German’s spin remark.

But he immediately called out people for their sexist comments, while implying that when a four-time F1 champion like Vettel can make the same mistake, then it is not fair on Legge to be blamed in a way where fans differentiate between a male and a female driver.

Here’s part of the conversation he had:

Legge had Tatiana Calderon, Sophia Floercsh and sim racer Emily Jones in her team as they finished 19th in the overall and lead LMP2 standings with 361 laps completed from the 371 done. At the same time, Norris’ team had Max Verstappen, Atze Kerkhof and Greger Huttu.

They initially were forced to retire after 11 hours due to technical issues but were able to re-join due to server issues with the game needing re-start, but neither Norris and nor Verstappen raced then after. The team finished 25th overall with 354 laps done.

Here’s the full report of the race