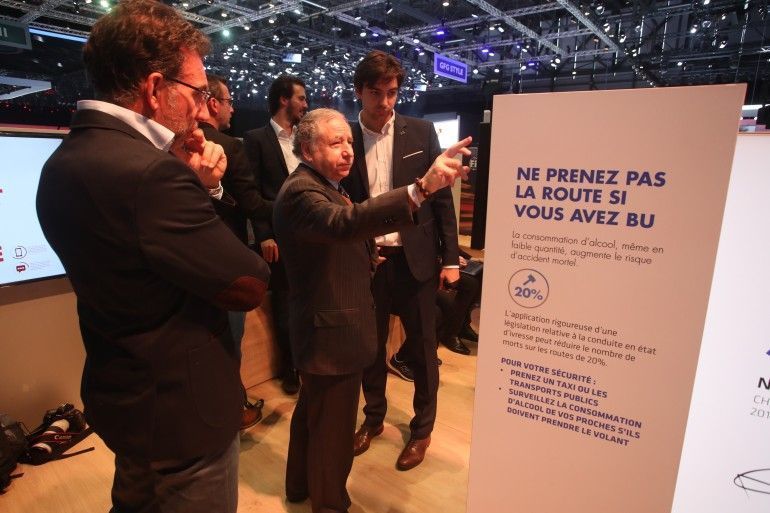 FIA President Jean Todt defends himself for the deal with Ferrari as he adds on Sebastian Vettel plus Lewis Hamilton breaking F1 records and more.

At the end of pre-season testing for 2020, the FIA released a statement regarding Ferrari’s 2019 power unit – something that raised eyebrows over the course of last year’s campaign. And, to say this statement did not sit well with rival teams would be an understatement.

The statement noted that the FIA and Ferrari had reached a private settlement, and other power unit manufacturers such as Mercedes, Renault, or Honda, saw this somewhat clandestine resolution as the governing body going easy on the Italian team.

The attacks – many of which were directed at FIA president Todt – suggested that there was favoritism due to Todt’s familial connection with Charles Leclerc’s manager Nicolas. However, the Frenchman has dismissed such claims, saying that they are an inevitability, and merely part of the game.

“They are inevitable chatter, today they say new ones,” said Todt to Corriere.it. “It works like this, they last a week and then move on to something else. The truth is that when I accepted this assignment I knew I had to take the positive and negative sides.

“My conscience is clean, for me it is important only to be transparent with the members of the FIA, ethics. The rest is part of my role, including the unpleasant rumors. It was managed with professionalism and transparency following the rules.

“And then on many things I have to make decisions based on what is suggested to me by those who contribute to giving me the information, I am not acting completely alone.” Todt also discussed the team’s line-up changes, and Sebastian Vettel’s departure specifically.

“I don’t feel like judging,” said Todt. “I’m just saying he’s a very talented driver and he doesn’t yet have a car for 2021. I hope for him and for F1 that he will have it. Motor racing is a combination of man, machine and team.

“The only alchemy that can work is the one that unites everything to win. Without one of these elements the others do not work, we have already seen it. Without the car neither Alonso nor Vettel won. Sebastian won when he had the competitive car with Red Bull.

“The same for Schumacher. When he arrived at Ferrari in 1996 he had to wait until 2000 for the title. You can have the talent, but if you don’t have the means, the team, the reliability, you can’t do it. We have to put it all together.”

As he spoke on Ferrari and Michael Schumacher, he did so with experience, as Todt was part of the iconic ‘dream team’ of the era, consisting of himself, Ross Brawn, and the driver. With the team, the famous German driver won five of his seven world titles – a record that still stands, but is threatened by Lewis Hamilton.

The Brit won his sixth title in 2019, and looked on course for a seventh in 2020. That was, of course, before the COVID-19 pandemic took hold, and delayed the F1 season. Presumably, Hamilton will still be in with a considerable chance of breaking the record when racing resumes.

“It gives me personal memories, from a good period,” stated Todt. “But the records are made to be broken, and the times now are different from then. Having said that, Mercedes and Hamilton work amazingly.”

Elsewhere, Todt felt that F1 could have tried different formats in the shortened 2020 season but he cannot do much if there is no unanimity. However, the Frenchman felt good about the decisions taken, especially on the financial front.

The deal was specially a thorn for the likes of Mercedes and Ferrari, who will have to downsize a bit or re-locate their personnel to other championships. For the latter, IndyCar and WEC move has made headlines after Mattia Binotto’s self-admission.

“I am always constructive and optimistic,” said Todt, when asked about the ideas from Ferrari. “What was the point of spending more than half a billion a year? It wasn’t healthy for sports. There will be an adjustment in the team staff, as in all economic sectors.

“We had to adapt F1 to this hallucinating new situation, it was a matter of survival. Regarding Ferrari doing multiple series, of course, it would take me to my younger days. Back then drivers ran everywhere. Jim Clark and Jochen Rindt participated in multiple categories on the same weekend.

“Unique battles, a weekend in Le Mans was the Ford-Ferrari duel. In the next one the same men challenged each other in F1, extraordinary characters. I would be happy to see Ferrari, Mercedes, Red Bull with a manufacturer compete in Le Mans with the” Hypercars.”

Here’s Ross Brawn on no points changes, multiple layouts use

Here’s Michael Masi on F1 weekends will be