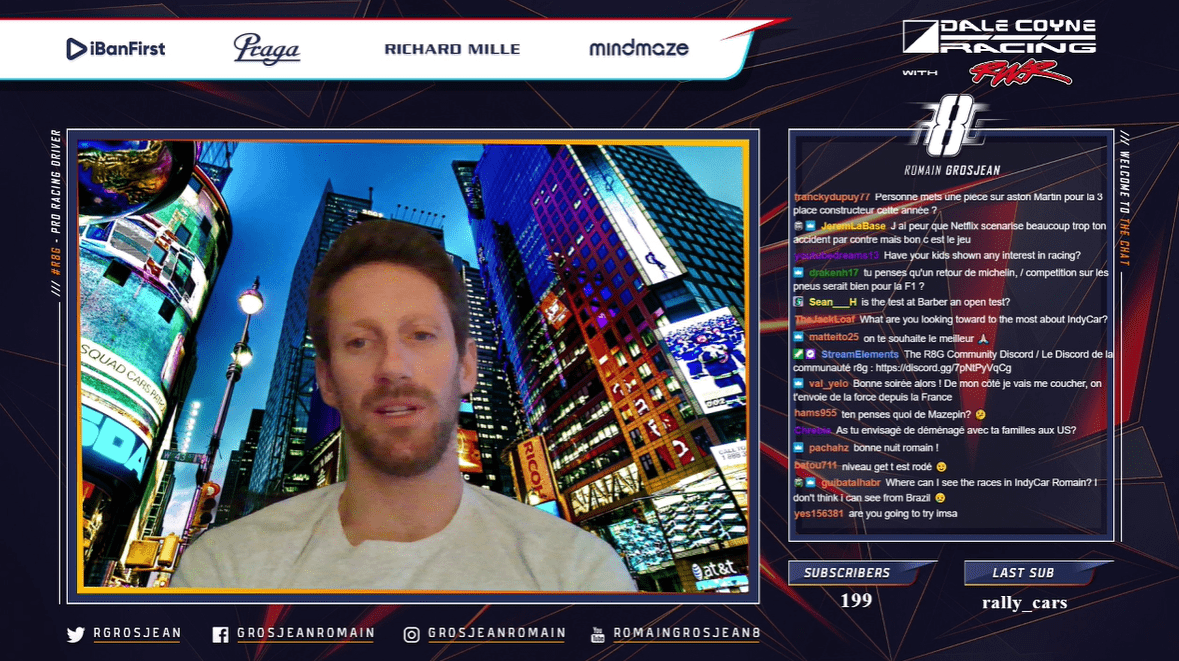 Romain Grosjean says he already has had talks with Mercedes regarding his special F1 test among other things, as Christian Lundgaard tests with Alpine.

In a live Q&A session on Twitch from Miami, IndyCar racer Grosjean updated on the latest with regards to his forthcoming Mercedes F1 test offered by Toto Wolff, when the Frenchman got injured and couldn’t compete in the Sakhir and Abu Dhabi races.

When Grosjean was announced to join Dale Coyne Racing in IndyCar for the 2021 season, the Frenchman informed that he hadn’t interacted with Wolff regarding the test, but weeks later, he has updated on the same after having had the discussions with the team.

No further details were revealed as such. “I have had a phone call with Mercedes, so we are finalising the plans and I think its going to be mega,” said Grosjean, when asked by a fan, as he put them to in the Top 3 with Red Bull and McLaren in F1 2021.

“To me, he is a cool guy and I see a good future for him in the sport.” Among other topics, Grosjean felt good to race at Mugello and Portimao in 2020 as he regarded Kevin Magnussen, Pierre Gasly, Sebastian Vettel and George Russell as his good friends in F1.

He put Kimi Raikkonen ahead of Fernando Alonso in teammates battle, simply because he spent more time with the Finn. He also talked about Pietro and Enzo Fittipaldi, as looking back in time, he recalled his first race with Haas, Suzuka 2013 and Spa 2015.

He revealed doing fair bit with the Netflix crew for Drive to Survive, but he doesn’t know how much will be shown. Regarding 2021, Grosjean said he will be based in Miami whenever he is in US for IndyCar, as he set for his first test on this Tuesday.

Staying with some testing news, with Guanyu Zhou winning the F3 Asia title in the Middle East, his F2 rival and fellow academy member, Lundgaard, is busy testing at Paul Ricard in the R.S.18. With limited testing on offer, the Dane is doing as much to prepare for 2021.

Our preparations for the season continue today with @lundgaardoff testing the R.S.18 Formula 1 car at @PaulRicardTrack . It’s all part of Christian’s development as an #AlpineAcademy member. Keep pushing, Christian! pic.twitter.com/ysxPACO2xL