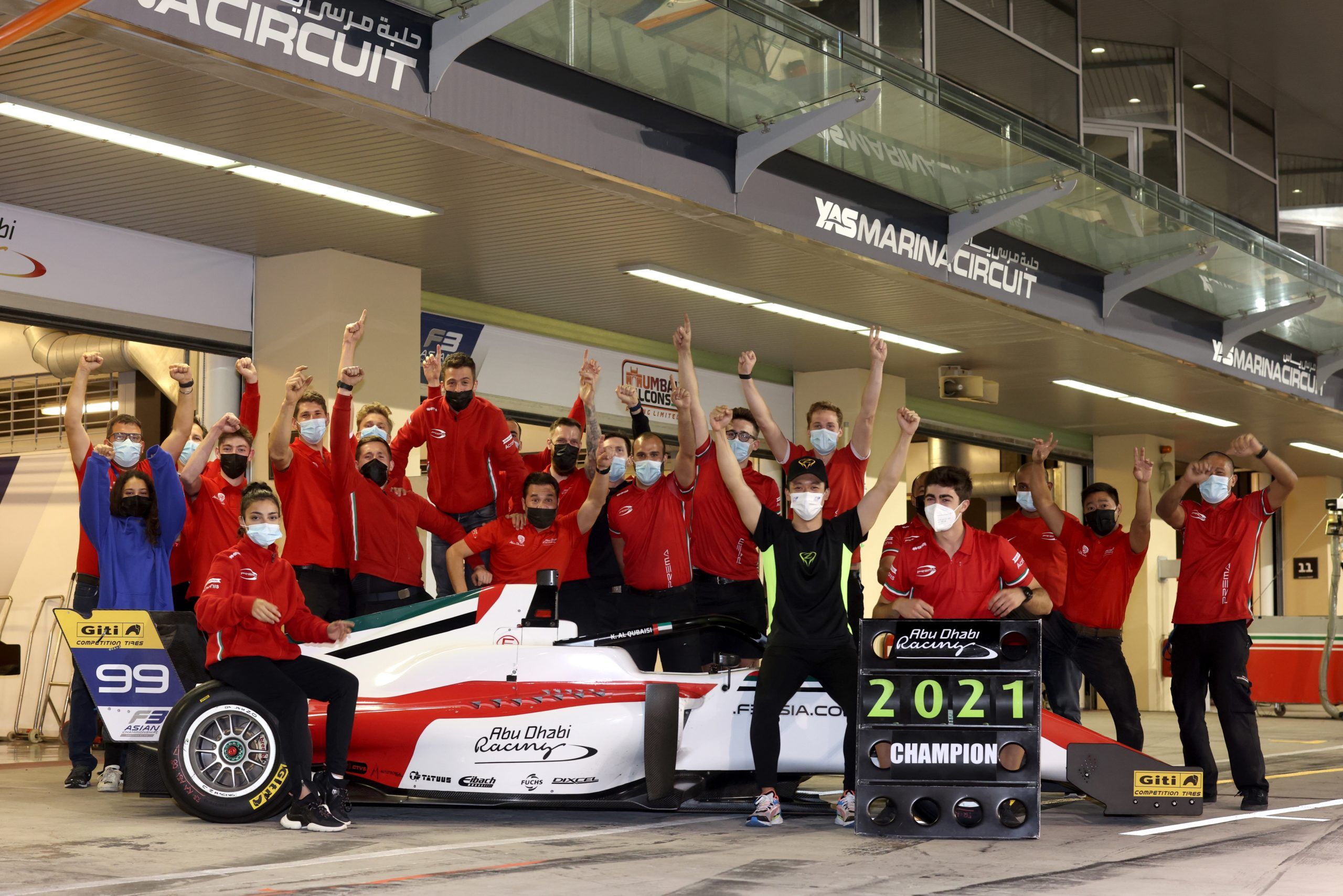 Being one of the four F2 drivers to enter the championship, Zhou was a favourite to win the title and take away the maximum superlicense points on offer. The others included Red Bull junior Jehan Daruvala, Williams tester Roy Nissany and Alessio Deledda (rookie).

Driving for Abu Dhabi Racing by Prema, Zhou, started off in style in Dubai Autodrome with two wins but a DNF hampered his dream run, as Mumbai Falcons’ Daruvala stepped up his game in the subsequent double round in Yas Marina circuit in Abu Dhabi.

Daruvala had a mixed run in Dubai, but bounced back well in Abu Dhabi, while Pinnacle Motorsport’s Pierre-Louis Chovet started to show his hand with his consistency. By the end of the third round, the fight for the title tilted towards the Top 3 finishers.

This was also made possible as other possible contenders lime Ferrari junior Dino Beganovic and Isack Hadjar left the championship. The fourth round in Dubai pushed out Daruvala from the title scene after another disastrous outing for the team.

The Indian had two non-points finishes, while Chovet and Zhou strengthen their hold. The Frenchman had a 32 points advantage over the Chinese, heading into the final in Abu Dhabi. It turned around pretty much in the latter’s favour from the get go.

Zhou showed strong pace in qualifying, which the series showed was key in drivers winning. The Chinese racer finished first race in second behind Evans GP’s Patrick Pasma but a post-race penalty to the latter, handed a race win to the former.

With Chovet only fifth, Zhou ate into his lead but Race 2 changed the course after the Frenchman had his first DNF of the season. With the Chinese racer finishing second behind Pasma, it helped him take a one point lead over the Frenchman, heading into the final race.

It was eventually a valiant effort from Chovet in the finale, but Zhou had it under control to not only win the race, but also take away 18 superlicense points after winning the F3 Asia championship. In 15 races, e secured four wins and 11 podiums in all, to score 257 points.

At the same time, Chovet had 241 points with six wins and seven podiums to be second, while Daruvala ended up third with 192 points, having three wins and eight podiums in all. Among other F2 racers, Nissany was fifth with 99 points and Deledda 16th with nine.

Staying on with Asian news, it was also the end of the 2021 Asian Le Mans Series, with #26 G-Drive Racing Aurus crew of Ferdinand Habsburg, Rene Binder and Ye Yifei winning the lead LMP2 class with 81 points in four races, scoring two wins and three podiums.

They beat #28 JOTA Oreca of Sean Gelael with Stoffel Vandoorne (two rounds) and Tom Blomqvist (two rounds), where they had 76 points with two wins and three podiums, as well. The #25 G-Drive Racing Aurus ended up third in the standings.