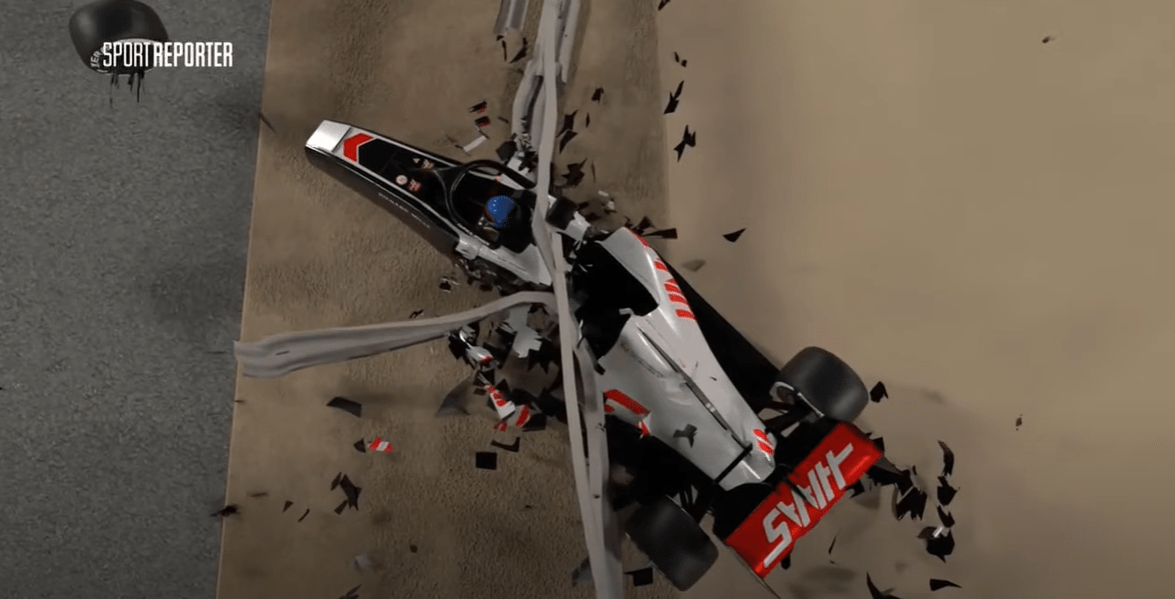 Ever since the accident, multiple reporters have tried to ascertain how the incident took place at Bahrain, which left Haas F1 driver, Grosjean, with burns on both his hands and ruled him out of the subsequent two grand prix to end the 2020 season.

In fact, it was supposed to be the last two F1 races of his career for the time being, as Grosjean moves to IndyCar in 2021 with Dale Coyne Racing, albeit, racing only in road and street courses, while opting out of ovals for the time being.

Unfortunately, the Sport Reporter documentary on Canal+ is restricted for the viewers in France, but the broadcaster may open it for all if there is larger interest and request. Nevertheless, there is already a buzz about the 33 minutes long show.

The biggest catch is the 3D animation of the accident itself, carried by the Sport Reporter team on the basis of the information available. It is close to accuracy as the FIA is yet to submit the official report and or make it public for fans and alike to go through.

The animation shows how Grosjean went off the road and rammed into the barrier, as his F1 car pierced through the guardrail then. The Halo seemingly saved the Frenchman to be hit on his helmet as the car then broke from the airbox/engine cover portion.

Somehow the fuel cell broke which resulted in massive fire, as Grosjesn fought his way through it to jump out of it. His bandages are off now but the mark remains as he is now in the United States of America, ahead of maiden IndyCar test on February 22.

The documentary has more footage of him being brought into the medical center, while it carries interviews of Grosjean himself, his wife, FIA President Jean Todt, Guenther Steiner, Haas F1 engineers/mechanics – all having their say during and aftermath the incident.

Since Canal+ hasn’t made it public, so we cannot share each tweet shared by a fan Peke, who has clipped few interesting parts from the documentary, including the 3D animation. But here’s his/her Twitter handle to check them: https://twitter.com/Peke_Formula1

Here’s a fan made art of the crash