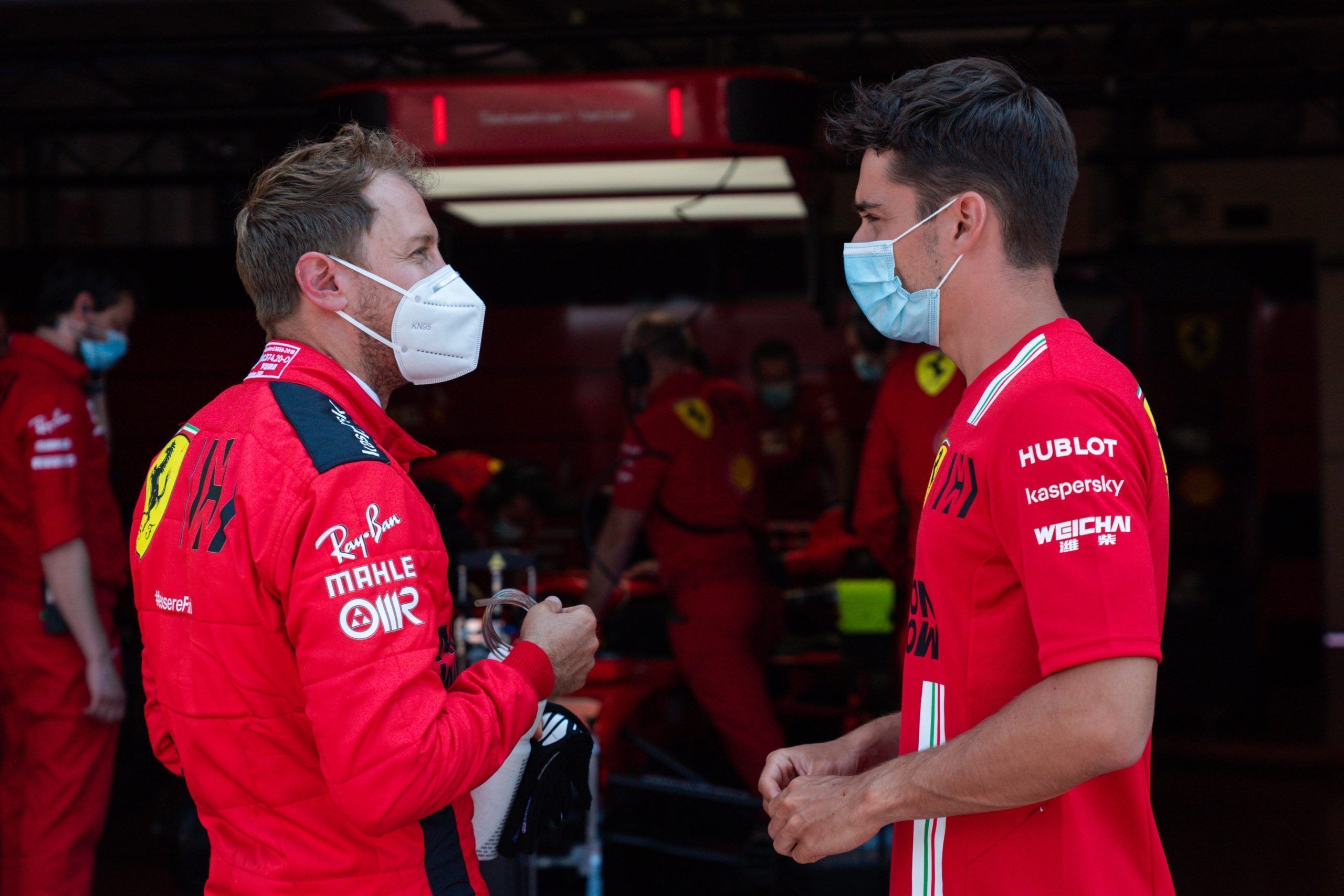 Scuderia Ferrari has detailed on the bubbles within F1 teams ahead of the 2020 start and confirms Antonio Giovinazzi as back-up if regulars miss.

Ferrari sporting director Laurent Mekies has detailed on how the social bubbles will work within F1 teams, something which he thinks will be difficult for mechanics in extreme heat conditions, having to wear masks and stay within the garage area mostly.

As we know, the closed events will have 80 personnel with 60 related to the car whether engineers and or mechanics. There will be no motorhomes but instead, they will have smaller box like homes in the paddock with no mingling.

Mekies added that as a COVID-19 precaution, they will not allow Ferrari mechanics to mingle within the team as well, with personnel of Sebastian Vettel’s car and Charles Leclerc’s to remain in their own area but can work together in case if a bigger task.

“Each team can carry a maximum of 80 people, of these 60 are engineers and technicians,” said Mekies to media including Corriere.it. “We will operate as if inside a bubble. In the paddock there will be no contacts between different teams if not essential.

“Also in our group different sub-bubbles will be created: the mechanics of Leclerc ‘s machine will not mix with those of Vettel and vice versa. The order is to limit interactions, if not for cases of extreme necessity.

“The biggest challenge will be for the people in the garage who will always have to put on a protective device, different from what they used to use before. They trained, but doing it on a race weekend in the summer will be much more tiring.

“This is why we have planned more breaks and the FIA ​​has also reduced working hours.” Mekies noted that the pit stop team will work as usual but in case of a positive result, Ferrari has a back-up team at Maranello to travel.

On the driver front, if one is forced out of action, Alfa Romeo Racing’s Giovinazzi will step in as per the deal with the Swiss outfit as per LaStampa.it. The Italian is the official reserve with Pascal Wehrlein being one of the simulator drivers.

Since Wehrlein has opted out of his Mahindra deal, it could mean that he will have more work at Maranello if he is not traveling to F1 races. Mekies also stated that instead of two days, the swabs will be collected in five days to check if anyone has been infected or not.

Here’s how Ferrari ran at Mugello