Home F1 Photos: Button back in his Brawn GP car at Silverstone for Sky... 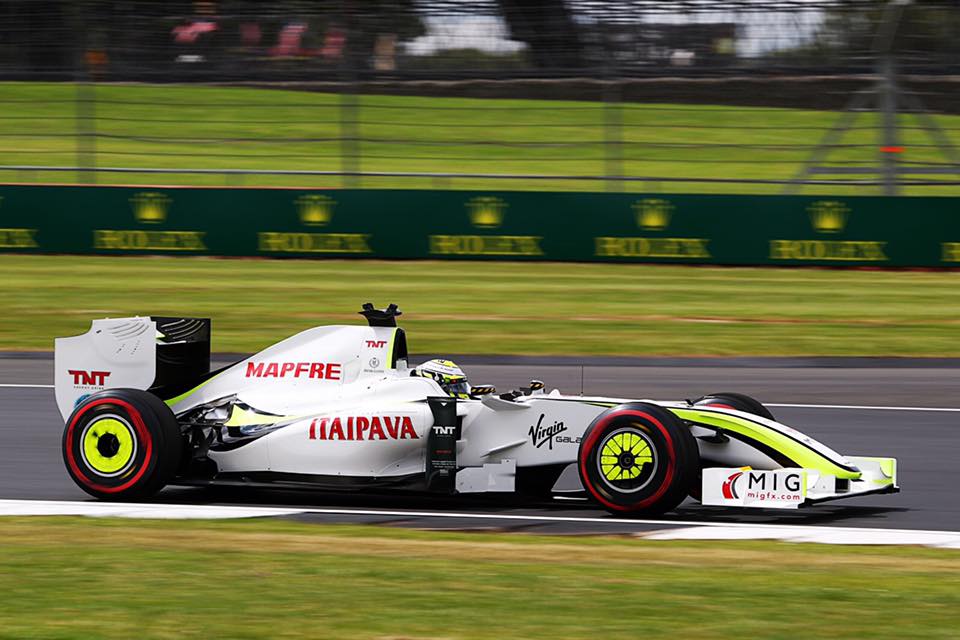 The 2009 champion Jenson Button was re-united with his title-winning Brawn GP car at Silverstone on Thursday for a Sky Sports F1 feature.

As announced ahead of the British GP weekend, Sky Sports F1 pundit and current Super GT racer Button drove his 2009 F1 title-winning Brawn GP car at Silverstone on Thursday, for a feature to be aired on the channel for its race day programme on Sunday.

The car – which is owned by Ross Brawn – was driven by Rubens Barrichello in the Goodwood Festival of Speed last weekend and was then brought down to Silverstone as part of its 10-year anniversary of the championship victory.

The full speed run was done on demo Pirelli tyres, even though F1 used to have Bridgestone when Brawn GP ran in 2009. The fans couldn’t get a chance to watch Button drive it as the gates were only opened at 2 PM local time.

The car, though, is said to be on display all weekend for fans to watch it from close quarters. The Brawn BGP 001 with the Mercedes power unit secured eight wins between Button and Barrichello in 2009 – with the former scoring six and the latter claiming two.

The car scored 15 podium finishes in all between the two driver and had five pole positions to its name en-route to a double world championship.

Jenson Button back in a Brawn GP car
1 of 4

OMG that sound!😍 Missed that so much! Thank you @JensonButton @F1 pic.twitter.com/ofrhDzZOHw