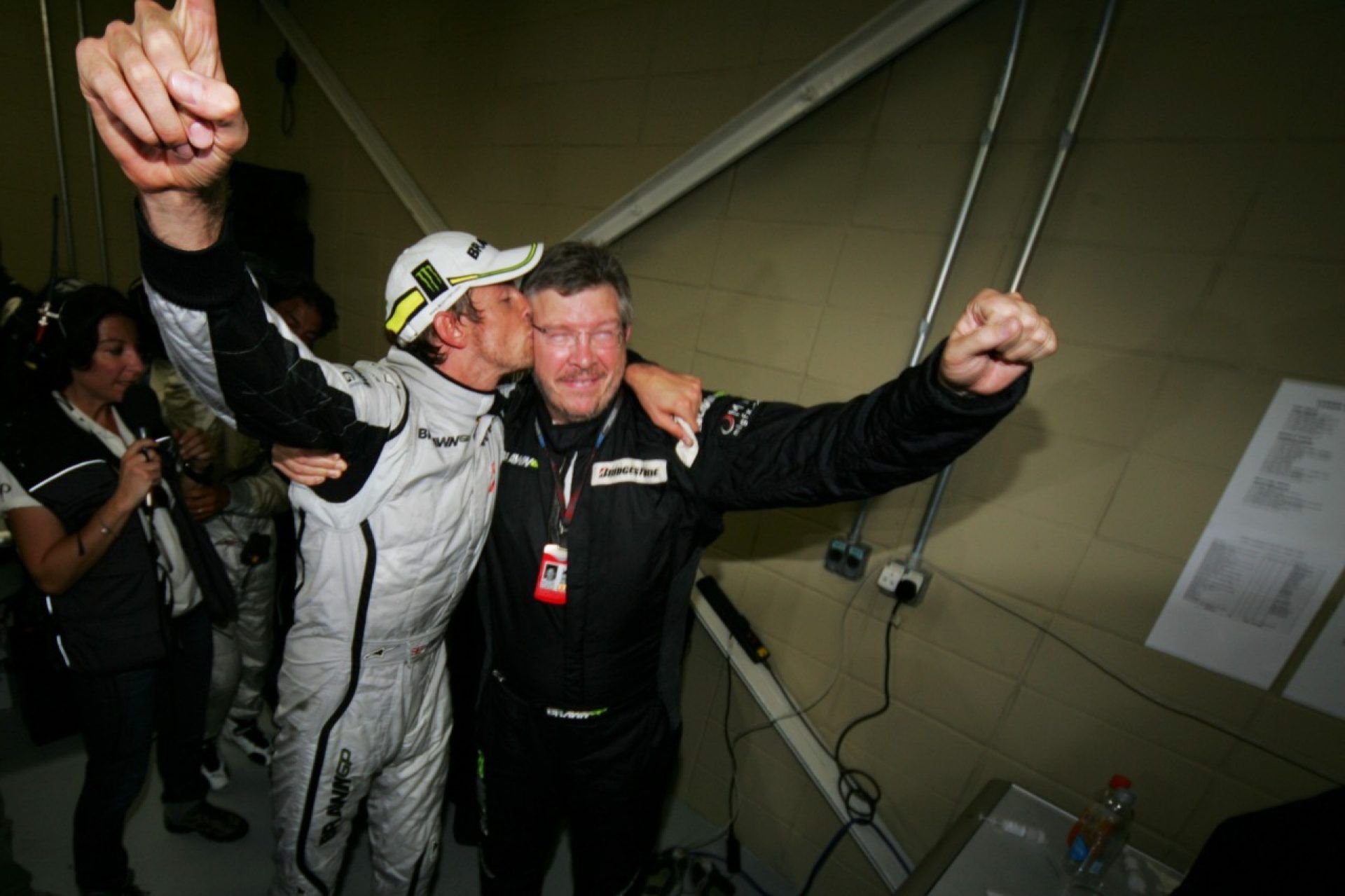 The 18th episode of F1 Beyond The Grid podcast has Ross Brawn reveal details of Honda’s demise and growth of Brawn GP, politics behind and the whole journey.

In a special F1 Beyond The Grid podcast, Brawn recalls the memories associated with his team Brawn GP as it celebrates its 10th anniversary. They start the podcast talking about the demise of Honda and how late the management decided to pull the plug.

He details the whole episode of how it ended and the team looking out for potential buyers. When it wasn’t looking good, Brawn stepped in to take over himself and create the new team, which ran only for one season but made the impact it could.

The decision to buy it himself came around Christmas and the deal with Mercedes to be their engine partner also came late. For the drivers, Brawn said that Jenson Button’s contract was taken care off by Honda but he was left with no drive.

His only option was to continue with the team and for the second driver, they had Bruno Senna in the shortlist but they went for experience with Rubens Barrichello. Even with a serious lack of preparedness, Brawn said they knew already that the car was quick.

He then talks about the season plus how Red Bull became the new challengers and why the likes of Ferrari and McLaren faltered. He gave an interesting insight on how they deduce Mercedes running nearly six months ahead for 2014 by the questions presented to FIA.

He compared the 2009 change with 2014, meaning that, Ferrari and McLaren did not put enough effort to be ready for 2009, which is same for other manufacturers in the current time with the big 2014 change and are playing catch-up since.

Talking about the 2009 F1 season, he touched on the politics he had to endure especially with the legality of the cars with double diffuser off the track, which ate up lot of his time. He discussed on the issues after mid-season, where their form slipped.

He felt the talks with Mercedes also contributed in the lack of results but he was happy that they were able to secure the title in Brazil itself. He talked about the highs of the season and also his career as a whole, one of it being a 1-2 in Monza with Brawn GP.

They also touched on the lows like the spring coming off from Barichello’s car and hitting Felipe Massa in Hungarian GP. On the the more current time, he states the intention behind getting the BGP 001 back on road with both Barrichello and Button driving.