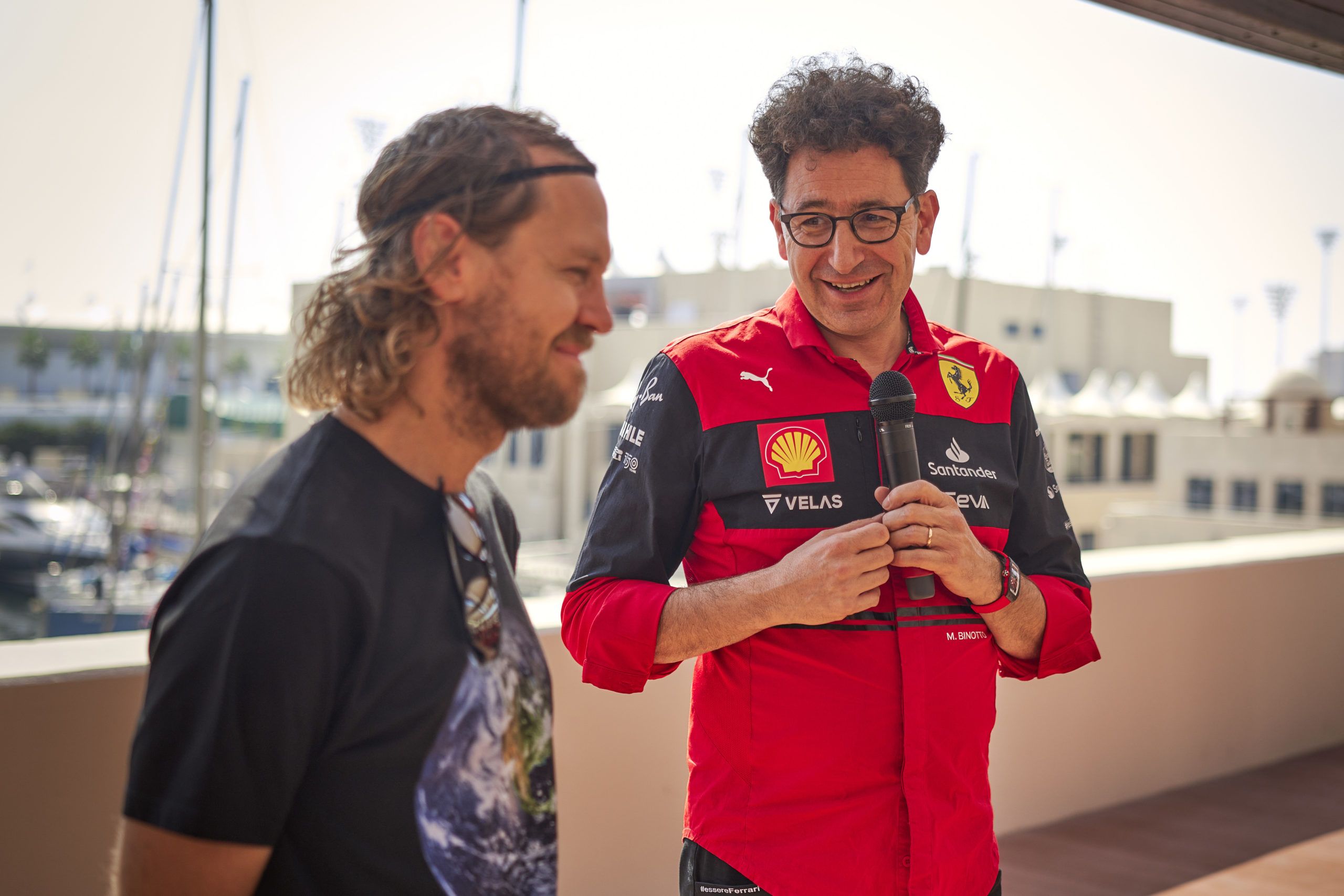 Mattia Binotto admits failure in winning the F1 title for Sebastian Vettel and Ferrari together when the two were together.

Having had the success with Red Bull, Vettel finally moved to Ferrari to pursue his dream to win a F1 title with the Italian manufacturer much like his hero Michael Schumacher. At one point, it looked like the German is close enough to do so with them.

The years in 2017 and 2018, Vettel seemed to be in with a shot but the power of Mercedes managed to thump Ferrari especially on the engine side. Since power unit has been a dominant factor in this era, the Italian manufacturer couldn’t push through enough.

In fact, getting everything right has been a problem for Ferrari for years and after the 2022 troubles against Red Bull where again they seemed to be right but not 100%, Binotto eventually had to leave the team with Frederic Vasseur taking over.

But for the time with Vettel, the Italian notes and admits that it was a failure to not win a title together and fulfill the dream. “I think he is somehow right because when he joined Ferrari, he was ambitious, his objective was to win the title with Ferrari and I think together with himself, it was our dream and our objective as well,” said Binotto.

“So it has been a failure for him but it has been a failure all together as a team. He has been very closed, or at least the closest he has been was ‘17 and ’18 so we had a few opportunities, but we didn’t get it and I think somehow when your final objective is to do that and if you do not achieve it, if it’s a failure,” summed up Binotto.

With the departure of Vettel from F1, the Italian further pressed on working with him at Ferrari and how he is generally as a person. Binotto notes that it was difficult to tell him when they were not to renew his contract post the 2022 season.

“First, Sebastian is a great, great driver and I don’t think it’s myself telling it, it’s really what he has achieved – fantastic, outstanding, amazing,” started Binotto. “And somehow, as Ferrari, we have been lucky to have him as part of the team and it has been six important years. He brought a lot as a driver but more than that, I think he brought a lot as a person and each single Ferrari fan still loves Sebastian.

“I think that’s a matter of fact. And as each single fan loves Ferrari still, I think we in Ferrari, all the people in Ferrari, are still loving him and that’s the way we are feeling. They have been incredible years, I think. Difficult for myself, coming to the end, somehow to announce to him that we will not renew.

“And that maybe has been the most difficult task I’ve done myself through my career. Because when you love such a person and you really enjoy working with him, it’s always difficult to come to the end and take a decision somehow to announce it. So I think it has been an important moment as well for my career itself, because from that… through difficulties you become stronger. But it’s the one that we will remember as the most difficult one,” summed up Binotto.

Here’s Ferrari on what they are doing for 2023