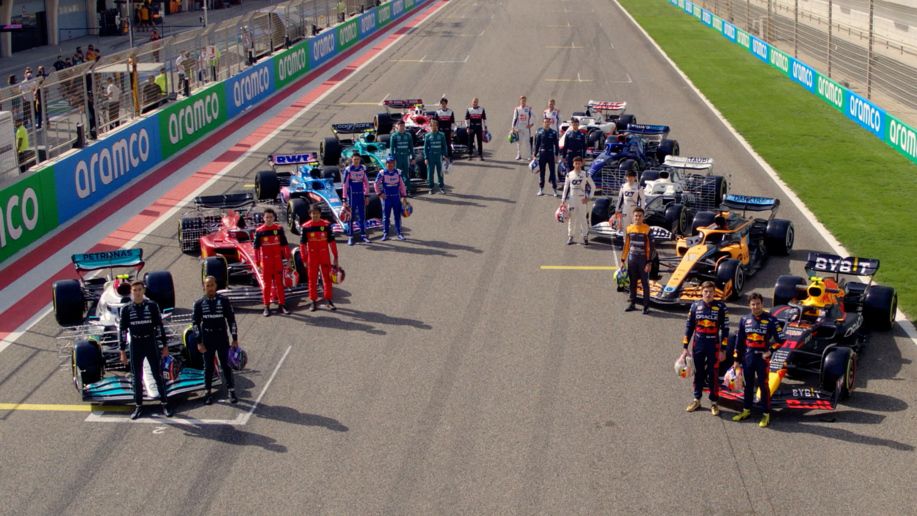 With the 2022 F1 season done and dusted, FormulaRapida.net decided to draw out a ranking system in a new ‘Tier’ system, moving away from a traditional, individual ranked order.

The long 2022 F1 season had its share of strong performances from everyone on the grid, whether at the front of the field or at the back. For this reason, we decided to do away with the traditional system of an individual, ranked system of categorisation.

We – Darshan Chokhani (DC) and Neil Farell (NF) – decided on the Tier system where we have nine F1 teams divided in four tiers, with the remaining one performance noted separately.

Here’s how they are stacked up –

How they started their campaign in 2022, it just seemed like they may have put all their efforts to win in 2021 against Mercedes which set them back for the new regulations. But few races in and pulling down the weight of the car, it just did the trick. They never looked back after the first few rounds with Imola kicking-off the journey where they decimated Ferrari in all of the departments to be the sole outfit in ‘Tier 1′. The performance they put in despite the pace shown by the Italian manufacturer left us no choice but to just have one team in the elite Tier 1. They eventually aced the regulation and broke records.

A total of 17 victories with 28 podiums, eight pole positions and eight fastest laps had them score 759 points in all as they finished a good 205 points ahead of Ferrari. The start did gave them chills and everyone had the fight between Red Bull and Ferrari in their minds, but it was short-lived and no matter how much the Italian outfit tried, the Austrian outfit managed to outdo them with both Max Verstappen and Sergio Perez, who ended up first and third respectively in their championship fight. This was their first constructors’ championship since 2013 as Red Bull-Honda finally managed to end the Mercedes juggernaut in the hybrid era.

No matter what, Ferrari had a great season. It was an incredible start to the campaign with Charles Leclerc winning the opening two Grands Prix no doubt had them in dreamland. As it was, they part sacrificed their 2021 campaign to concentrate on 2022 and it slightly worked Four race wins, 20 podiums, 12 pole positions and five fastest laps look like a great campaign and it was. However, they had some mechanical gremlins with a number of engine failures which more or less set them back. Together with it, the focal point of criticism they got was for their strategy and decision making at crucial events.

Even though they had second under control for pretty much all of the 2022, their hiccups still gave Mercedes a sniff at taking it away from them. This was one of the prime reasons to put them in Tier 2 as opposed to having them in Tier 1. Overall, it can be counted as one of their great seasons in recent times considering where they have been. They also managed to take second in drivers’ standings splitting the two Red Bull cars with Leclerc, while Carlos Sainz managed a Top 5 finish despite the reliability jolts.

Mercedes were a model of consistency in 2022 F1 season despite the myriad of issues they had in the early part of the campaign with porpoising and adjusting to the new rules. After a heavy period of dominance, only one win was a bit of a ‘meh’, so much so that the team were more about winning a race rather than secure second. But the consistency was them scoring points and getting those 16 podiums along with six fastest laps and sole pole position. Not just the constructors’ but at one stage, even George Russell appeared to have an outside chance of second in the drivers’ championship such was their consistency.

This saw them really take the fight to Ferrari late on. Upgrades throughout their campaign improved the car but possible too little, too late, with Lewis Hamilton also getting into action with a consistent run in the latter part after a sluggish start where he was more trying different things. Overall, the season possibly felt like a failure compared to their successes in the hybrid era but they worked towards 2023 and their late charge while finishing miles ahead of fourth-placed team, made it natural to be in Tier 2.

It was a cat and mouse in the fight for fourth in the standings which is why they form Tier 3 for the 2023 season. They were quite far off from the Top 3 teams. In fact, Mercedes ended up 342 points ahead of Alpine who ended up fourth after a season-long fight against McLaren. Both the teams seemed evenly matched in terms of issues but pace wise, Alpine had a better hand and they had two drivers scoring those crucial points where the latter were slightly hampered. Even if they finished fourth, it wasn’t the year they would have hoped for in terms of the issues they faced especially on the engine side which they will need to get on top if they wish to get close to the Top 3. On the driver front, both Fernando Alonso and Esteban Ocon did well enough to be inside the Top 10 with the Frenchman managing to out-score the Spaniard.

It looked a bit better in Barcelona test but the Bahrain running broke their shackles with the brake issues. They were already down but a temporary solution and a podium in Imola put them in a good position against Alpine. They were mixing with both the French outfit and Mercedes at one point before the German manufacturer steered clear of both the teams. It looked like McLaren may just get the better of Alpine but certain races really set them back along with the points scored by Daniel Ricciardo which somewhat made the difference. The Australian just managed 37 against Lando Norris’ 122 and the matching Alpine pair with 92 and 81 respectively. But the big downer was the pace they showed which didn’t looked what they had in the previous seasons. With their infrastructure not to be ready by 2024, they will have to find ways to extract more to be in with the Top 3.

The signing of Valtteri Bottas was a significant coup for Alfa Romeo. They had a great start to their campaign, particularly for Bottas with seven points scores in the opening nine Grands Prix. Rookie Zhou Guanyu impressed well in the opening races too, scoring points and learning. He responded well to his frightening crash at Silverstone. However, as a team, they and the drivers will be disappointed with their second half performance with only three points finishes following on from their early consistency. The reliability issues really hurt them a lot with both the races having six retirements apiece. They almost lost sixth in the standings too but the fifth place in Imola from Bottas saved them after they and Aston Martin finished on equal 55 points in the standings. It was still a big improvement on their 2021 campaign to be the best of the rest in terms of being the leading team outside the Top 5.

Aston Martin had a good season but they too may feel they should have done better perhaps with the finances, resources and facilities at their disposal. They dealt a curveball in January 2022 with Otmar Szafnauer leaving for Alpine, Mike Krack endured a tough campaign but they persevered and got some impressive results. Sebastian Vettel – retiring after a long career – took 10 of the teams points scores which more or less helped them to be in with Alfa Romeo until the final grand prix, only to lose out on best result. The concept game didn’t work for Aston Martin which lost them points at the start of the season. They had two and only when they brought one similar to Red Bull, when they started to do a bit well which is a good sign for 2023 especially if they wish to penetrate the tight Top 5.

After erasing the whole of 2021 F1 season for 2022, the trick somewhat worked for Haas as they managed to lift themselves up in the standings to be eighth, even though they only just beat AlphaTauri by two points. The sacrifice of a year did work where they surprised with certain results which included a pole in Brazil courtesy Kevin Magnussen. The Dane had a good return to the sport as he never left but his form was inconsistent, much like teammate Mick Schumacher and also the VF-22. For some reason, post the big update in the second half, it just didn’t work as it was supposed to since the early form dipped and they only managed one points result in USA. In some ways, they got themselves into the lower midfield but to penetrate the juicy part of the grid, they will need more work.

The one team which disappointed whole lot in 2022 was certainly AlphaTauri as things just didn’t click for them. They scored points early on but as the season progressed, their form just dipped and the overweight problem started to cause issues with grip. Pierre Gasly was not a happy person throughout the year as his results dipped as well after fighting mostly at the front of the midfield in the last few F1 seasons. Yuki Tsunoda did have a better outing in terms of his confidence but the results didn’t come still. Finishing ninth in the standings was not something they had thought about. They will need a tough winter to make changes and extract performance in 2023.

After a good 2021 season where they finished a surprising eighth, things fell back for Williams in 2022 being the last team with just eight points. In their defence, the midfield just couldn’t get through the Top 3 barrier as much as 2021 but that doesn’t solve the problems Williams had which was being overweight, much like AlphaTauri. They had glimpses of a fine run especially from Alexander Albon, but Nicholas Latifi had a nightmarish run despite the points. Overall, the car just didn’t click which is why they couldn’t find a place in ‘Tier 4’ even and they will need to pull up their socks to be in a better position in 2023.