Home F1 Vettel saw younger self in Leclerc as he talks of their time... 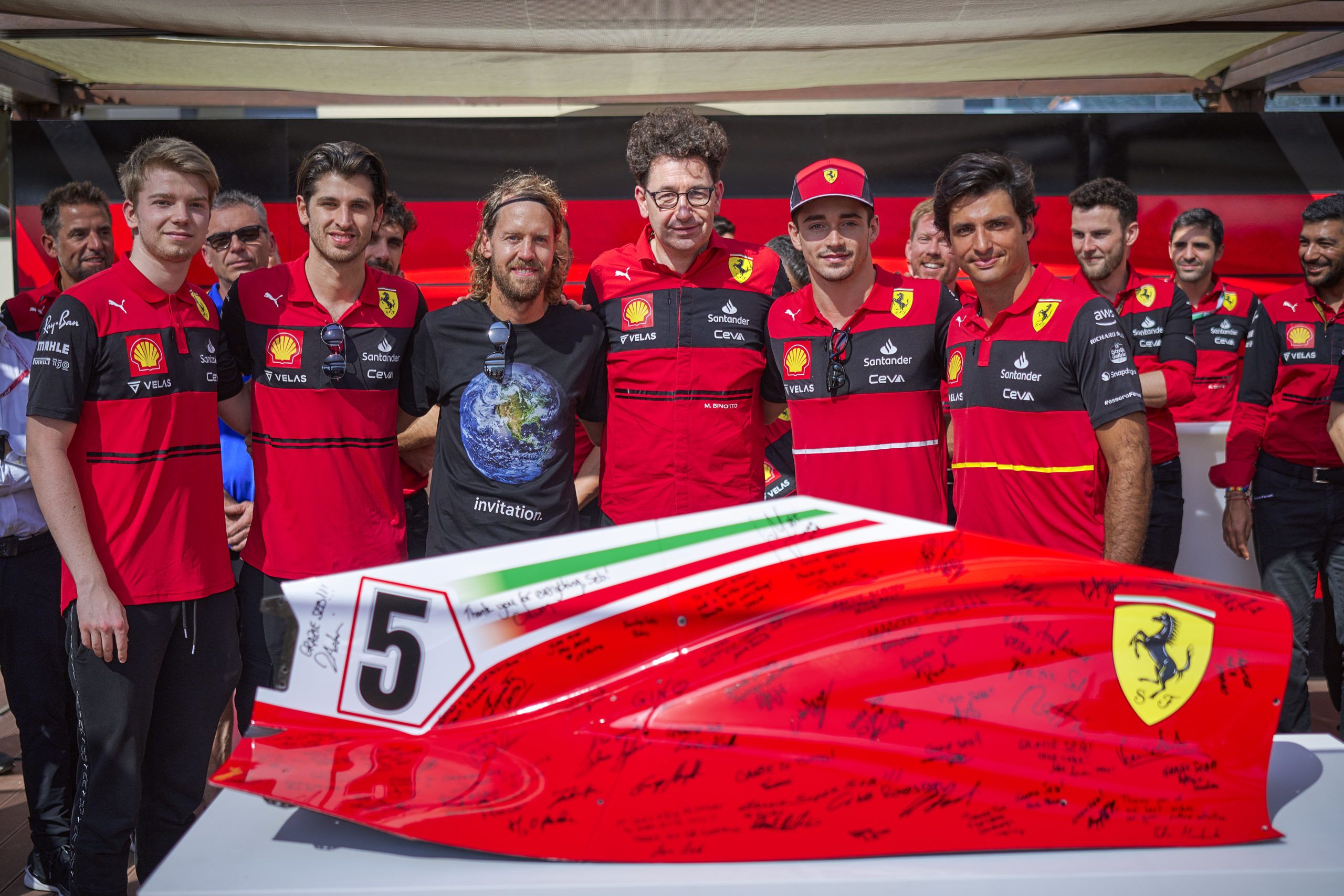 Sebastian Vettel saw himself while racing with and against Charles Leclerc, as the German recalls how the situation was in that F1 season.

After having Kimi Raikkonen beside him for years, Vettel found anew challenge in the form of Leclerc when the Monegasque was signed to be his teammate at Ferrari. The German was that experience F1 driver and the latter being the young protege.

Ferrari had the perfect pairing to push for the F1 title and they almost did well but for the issues around the engine and fuel flow which hampered their year in the second half of 2019. It more or less ended their chances of a championship.

The year after was a disaster and they had a bit of a fight too but for Vettel, he saw a younger himself in Leclerc when they started out. The German took a bit of time to understand that because his mind was more into winning the championship.

This did play on his mind a lot which perhaps got to him. “Charles came in, not having… I think being just in a very different time in his career and his life,” said Vettel on F1 podcast. “It was funny, because I could… I watched him, we got along really well, I really enjoyed the time we spent together, and he taught me some things – not necessarily about driving.

“Maybe I lost myself a little bit in that process and maybe my races here and there weren’t the finest. But still I would say the lessons that I had, and still I would say some of the races were pretty good, were more important. Charles has been something special, just the amount of talent, and how he manages in one lap in particular, in qualifying, to squeeze pace out of himself and the car – it was nice to see,” Vettel summed up.