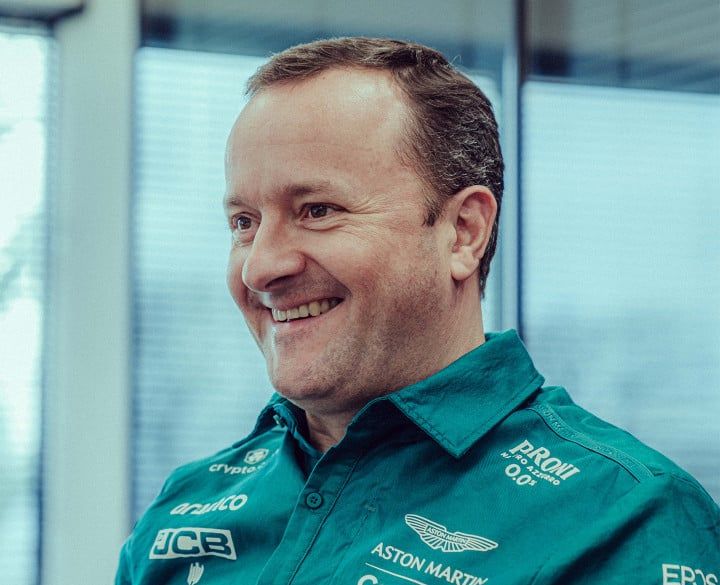 Technical director Eric Blandin has opened up on how the Aston Martin team is gearing up for the 2023 F1 season.

Having moved on from Mercedes to Aston Martin over the course of the 2022 F1 season, Blandin started work on time for the 2023 car. The team’s new technical director has been at hand going through everything to be ready for the big February 13 launch.

In an interview on the Aston Martin website, Blandin revealed that the team will present the ‘final’ AMR23 during the launch and not a show car. He notes that more or less everything is ready and he is in process of getting the upgrades sorted.

Expanding more on the differences from AMR22, Blandin states AMR23 is all-new and different from last year where they have changed more than 90% of the parts while more than 95% of the aerodynamic surfaces are different.

In fact, Blandin is open to admit of using some loopholes from the FIA regulations which is common practice. He says they are nice additions on the car but Aston Martin doesn’t need to have them. So, even if they are asked to remove, they wouldn’t have a huge issue.

Talking about the issues with the car if any they find, Blandin points that an aerodynamic issue and even a reliability one will take a long time to resolve. Should the AMR23 not deliver results, they will have to go back to the drawing board eventually.

Blandin: “The Aston Martin AMR23 is on target. From an aerodynamic point of view, the launch-spec car is complete. All the aerodynamic surfaces have been passed on to the drawing office which has finalised the last drawings for car build. 80 per cent of my time is currently focused on the aero department – on delivering an ambitious programme of updates for the season. Launch is important but it’s only a stepping stone; we need to develop the car throughout the campaign.

“The rest of my time is currently spent ensuring everything is progressing well in the drawing office and that they’ve got everything they need. We will unveil the actual car, just as we did last year. The car we reveal at our new factory in Silverstone on 13 February will be the real AMR23. We’re not going to disappoint fans.”

Concept right this time, how different is AMR23 from AMR22 –

Blandin: “We brought a lot of updates to the AMR22 and the progress we made confirmed we’re on the right trajectory with the AMR23 which builds on the learnings from last year’s car. We took all our learnings from last year’s car and applied them to this year’s car. So much of the AMR23 is new, it’s completely different from the AMR22. We’ve changed more than 90 per cent of the parts and more than 95 per cent of the aerodynamic surfaces are different.”

Loopholes used from the regulations on AMR23 –

Blandin: “We’ve implemented a few clever innovations on the new car – they’re the icing on the cake. They’re a nice-to-have, but not a must-have. It’s great when you find a small loophole and can use it to your advantage, but it’s not often you can base an entire car around it. Instead, it’s essential to get the basics right, and then you can add things.

“When you start a new car project, you identify what your limitations were the previous year – and how you can overcome them with the new design – and you define the architecture that will give you the most potential for the future. If you pursue the wrong concept, you can end up boxing yourself in – you run out of road for development – and that’s a very difficult situation to get out of.”

Blandin: “If you need to resolve an aerodynamic problem, it’s very difficult. A week doesn’t give you enough time to react. And if you’ve got a significant reliability issue that requires a lot of changes to parts, your cooling or braking system doesn’t work or you’ve got suspension problems, then you’re going to be up against it this year with such a short gap between testing and the first Grand Prix. Hopefully, the early information we get through from testing will give us a good read on how the car is behaving and confirm that everything is working as it should – then we can focus on going fast.”

Blandin: “If we get it wrong and the car doesn’t perform the way we want, we have to be honest about it and work together to find the solutions. First, we need to understand why the car isn’t performing – where the issues are – and, based on what we have learned, then we need to find and implement the solutions to the problems. There’s nothing we can’t overcome. As a team, we can overcome any challenge we face.”

Here’s Aston Martin sharing of Fernando Alonso with the team