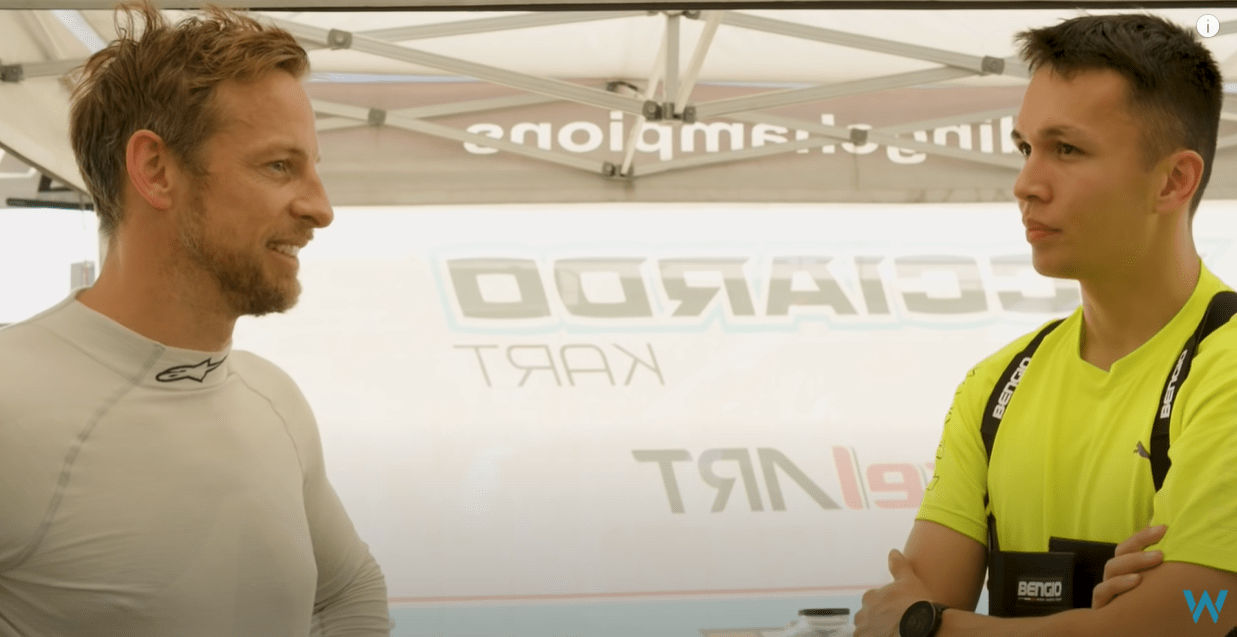 Last year Williams acquired the services of 2009 champion Button, who made his F1 debut with the team in 2000, in a senior advisor role to the outfit which looks to be riding an upwards wave away from its recent performance minnows.

Enlisted by CEO and Team Principal Jost Capito, and investors Dorilton Capital, to cast an experienced eye over technical matters and driver management on Grand Prix weekends and in the factory.

However, the unfortunate situation Button found himself in in regards to a conflict of F1 Covid bubbles meant he could rarely be on hand to provide any input on race weekends. The times he was at the track were usually those he was already contracted to Sky Sports, where he is a pundit, commentator and analyst.

Therefore he couldn’t mix with Williams employees. When asked by FormulaRapida.net about what input Button has been able to give in the last few months, Robson explained that the partnership is yet to fully take off and that they are waiting to fully exploit his experience and services.

“Obviously, it’s a slightly tricky time with the COVID bubbles for him to come into the team because he has been in his Sky bubble for the vast majority of the time,” said Robson. “So I haven’t had a huge amount of face-to-face contact with him and he hasn’t been able to have a great input into the engineering programme, but he has spent an awful lot of time with Dorilton and Jost and other senior members of the team.

“That said of course I know JB very well from our time working together so he’s always available on the phone if I need something from him, so he has been able to provide some help and some guidance. His input is valuable but I think from an engineering point of view we’re still to see the best of that relationship – hopefully to come as things become more normal this year.

“He provides a good input and he’s a great guy. and I look forward to working with him going forward,” summed up Robson. George Russell, who joins Mercedes this year having spent his three years in the championship at Williams, hails Button’s input and experience.

“I’ve been quite fortunate,” said Russell. “Even prior to Jenson joining Williams again I had a good relationship with him, and he was very open and always there whenever needed… but he was often more so since the Covid rules opened up – he was always in the garage, in hospitality, talking with the… engineers, myself, Jost, and I think that’s really great just to sound ideas off him and give his feedback and his input and from his own experiences.

“Obviously he’s had a huge amount of experience. It’s always unique to have someone like Jenson as part of your team,” summed up Russell. While the Brit won’t be with him this year, Nicholas Latifi, who begins his third season at Williams alongside new teammate Alex Albon, will continue on and believes Button to be a “great asset”.

“Since Jenson joined he has been a great asset to the team,” said Latifi. “In the earlier part of when he joined Covid was still a bit of an issue. He wasn’t really in the factory so much and at the same time on track still conscious of mixing the bubbles. Jenson obviously has a wealth of experience in the sport and the unique perspective of a driver which is great for me personally.

“Even some of Jenson’s old race engineers have stayed actually with our team so they have a relationship as well. I see him regularly talking with some of the engineers, giving his opinion on what he’s been seeing [and] I’m sure it’s valuable to them. He’s obviously very new to my Formula 1 career so he’s given words of advice… good approaches, bad approaches and whatnot.

“The odd little bits of encouragement here or there and what he sees directly after a qualifying or after a race if I managed to bump into him. I think it’s a great asset to have him in a team, just to be able to bounce something off if I have the need or the urge to seek advice from someone,” summed up Latifi.