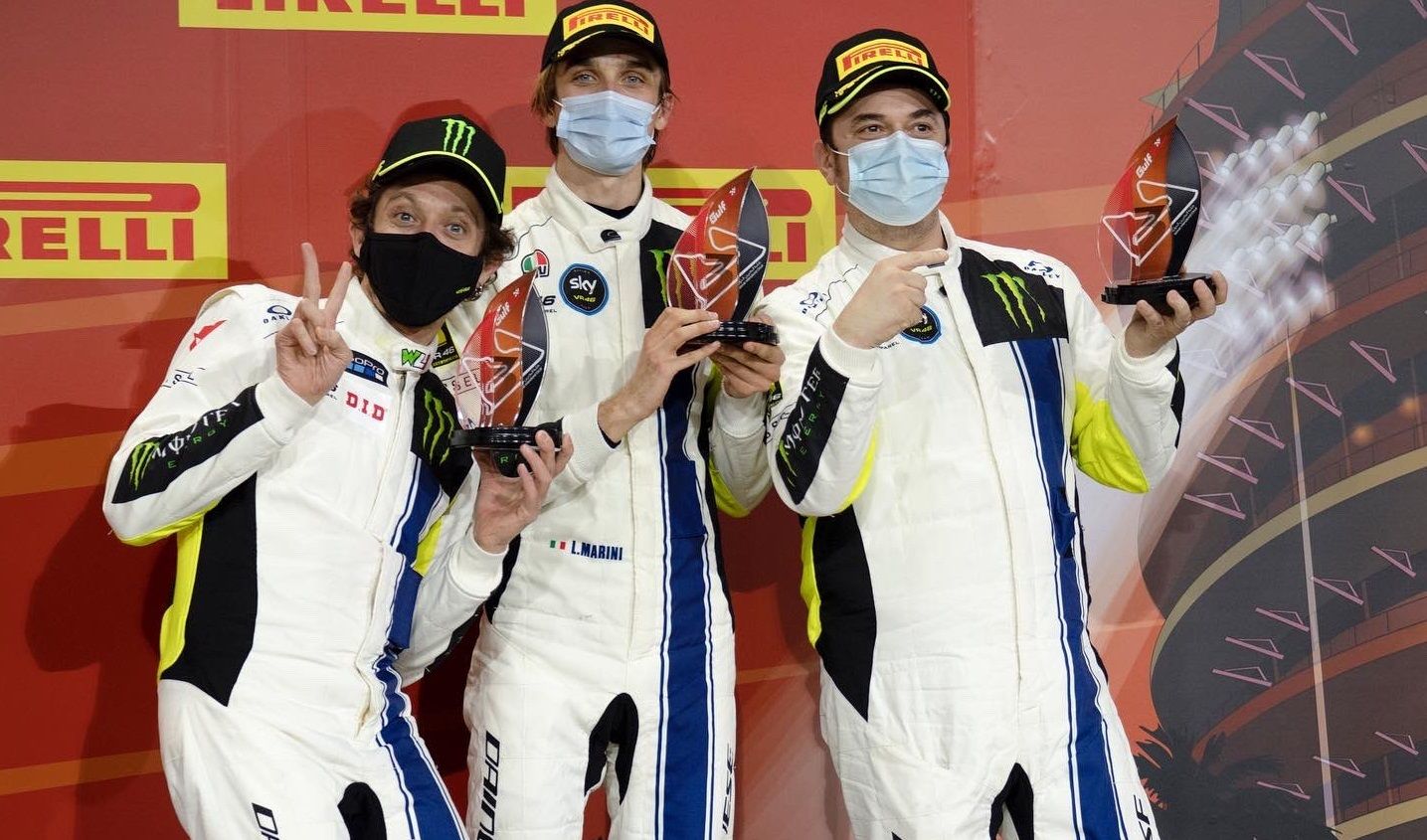 The trio of Valentino Rossi, Luca Marini and Alessio Salucci secured a fine podium finish in the Pro-Am category in Gulf 12 Hours competition.

Driving the #46 Ferrari 488 GT3 car for Monster VR46 Kessel in the Pro-Am category, the team of Rossi, Marini and Salucci, were consistent all-through the Gulf 12 Hours weekend at Bahrain International Circuit. The weekend started with three practice sessions.

The trio were fifth overall in FP1 but improved to fourth in FP2 and FP3, whereby in the Pro-Am class, they were third in FP1 and second in FP2 and FP3, respectively. The qualifying, though, did not go as per the expectations as Salucci started the proceedings.

The combined times meant, the #46 was eighth overall and fifth in class to start the Gulf 12 Hours event. It was a steady gain for the team to start the event but they couldn’t keep up with the front-running outfits as at the halfway mark, they were already a lap down.

They gained places to be fifth overall and fourth in class by then. In the second part, they lost another lap to leaders but gained one place to end up fourth overall and secure third place in the Pro-Am category to end the Gulf 12 Hours on a high note.

Here’s the Gulf 12 Hours in two-part: