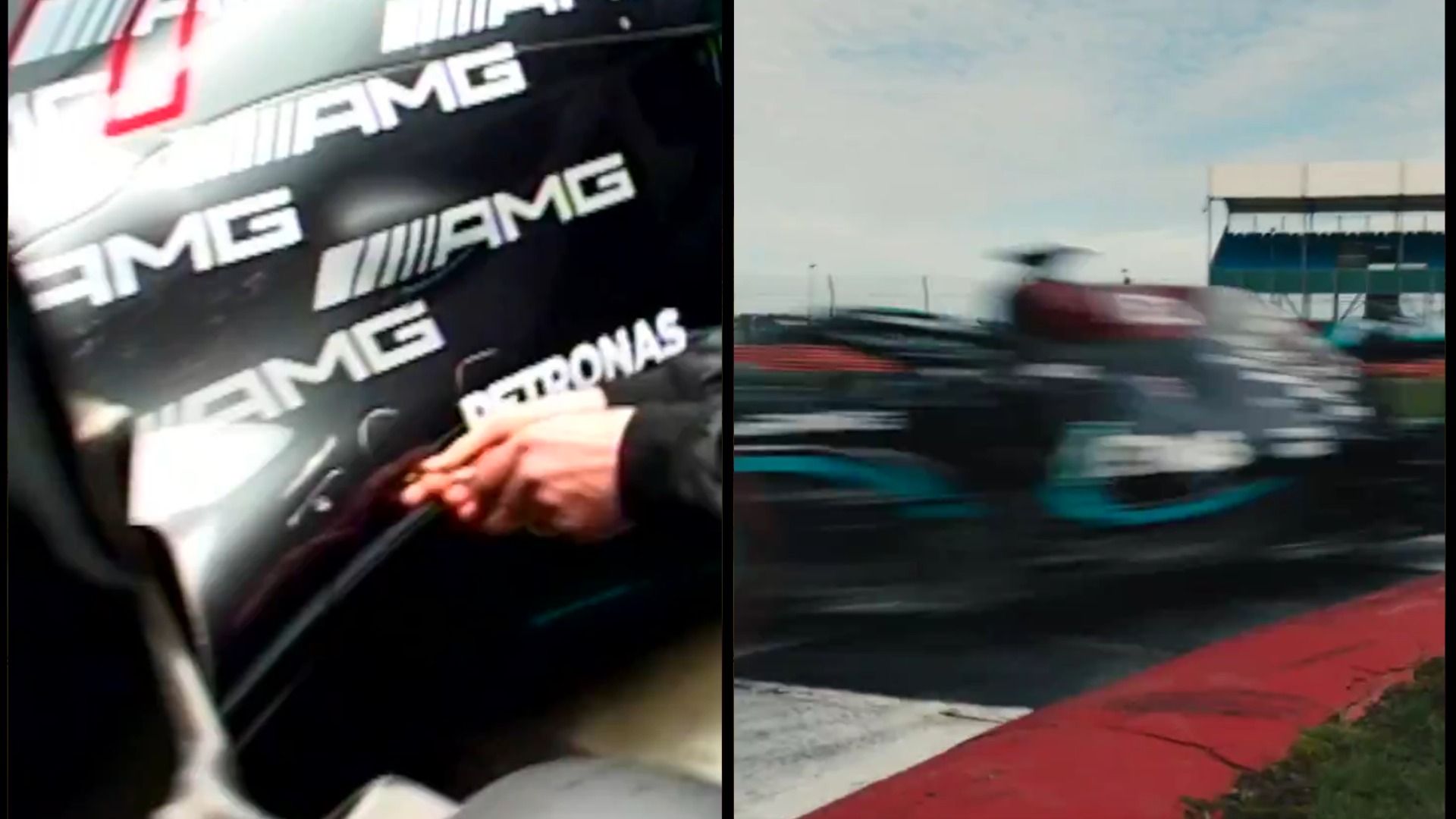 Mercedes has continued with its teasers on social media has a new one showcases ‘AMG’ and ‘Petronas’ stickers heavy on its F1 engine cover.

With barely a day to go for the Mercedes W12 to be unveiled online, the F1 team posted yet another teaser, this time in the form of a five seconds video, which dropped further hint on their 2021 livery – more so the ‘AMG’ and ‘Petronas’ logos.

Last year, Mercedes revealed about its intention to push the ‘AMG’ brand and align it with F1 and it seems like the German manufacturer is putting up the sticker on its engine cover alongside Petronas. The base colour is to remain black as shown in a teaser.

There will be a INEOS maroon on top of the airbox, with a hint of silver on the fin, while a Petronas line will go through the F1 car in a flowing manner. The teaser video had a track shot of the W12, which further denotes that a filming run has been completed already.

Valtteri Bottas had shared photos from Silverstone last week, which could mean that the Finn would have driven the car. It is unclear if Lewis Hamilton did the same, but if both had an outing, it is quite astonishing that nothing was leaked on the social media.

The proper launch will take place on Tuesday, with Mercedes sharing first renders at 10:30 GMT, with the live launch event to take place at 11:00 GMT, where both Hamilton and Bottas will be present along with Toto Wolff.

Here’s the Mercedes teaser video and some screenshots from it: 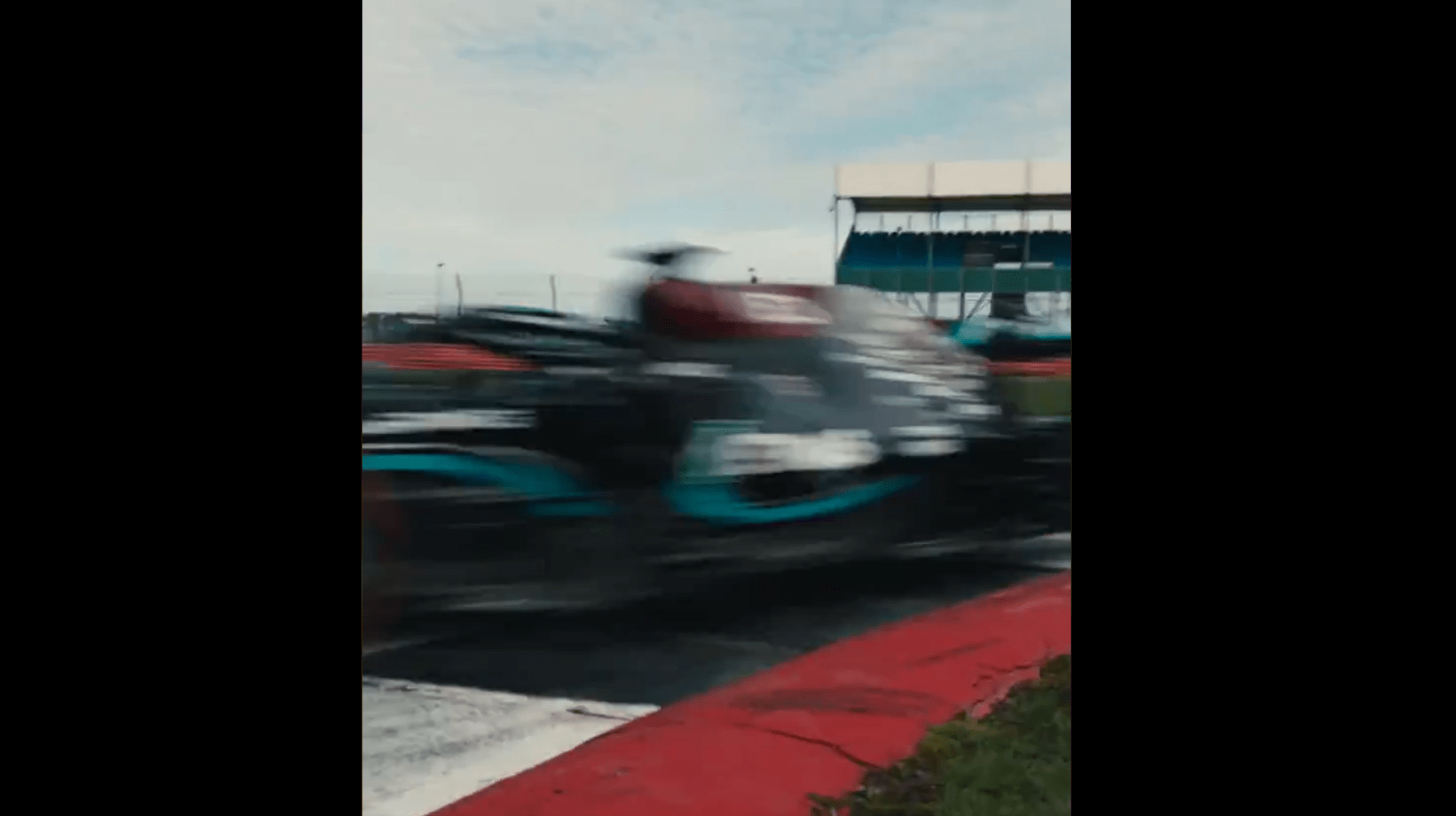 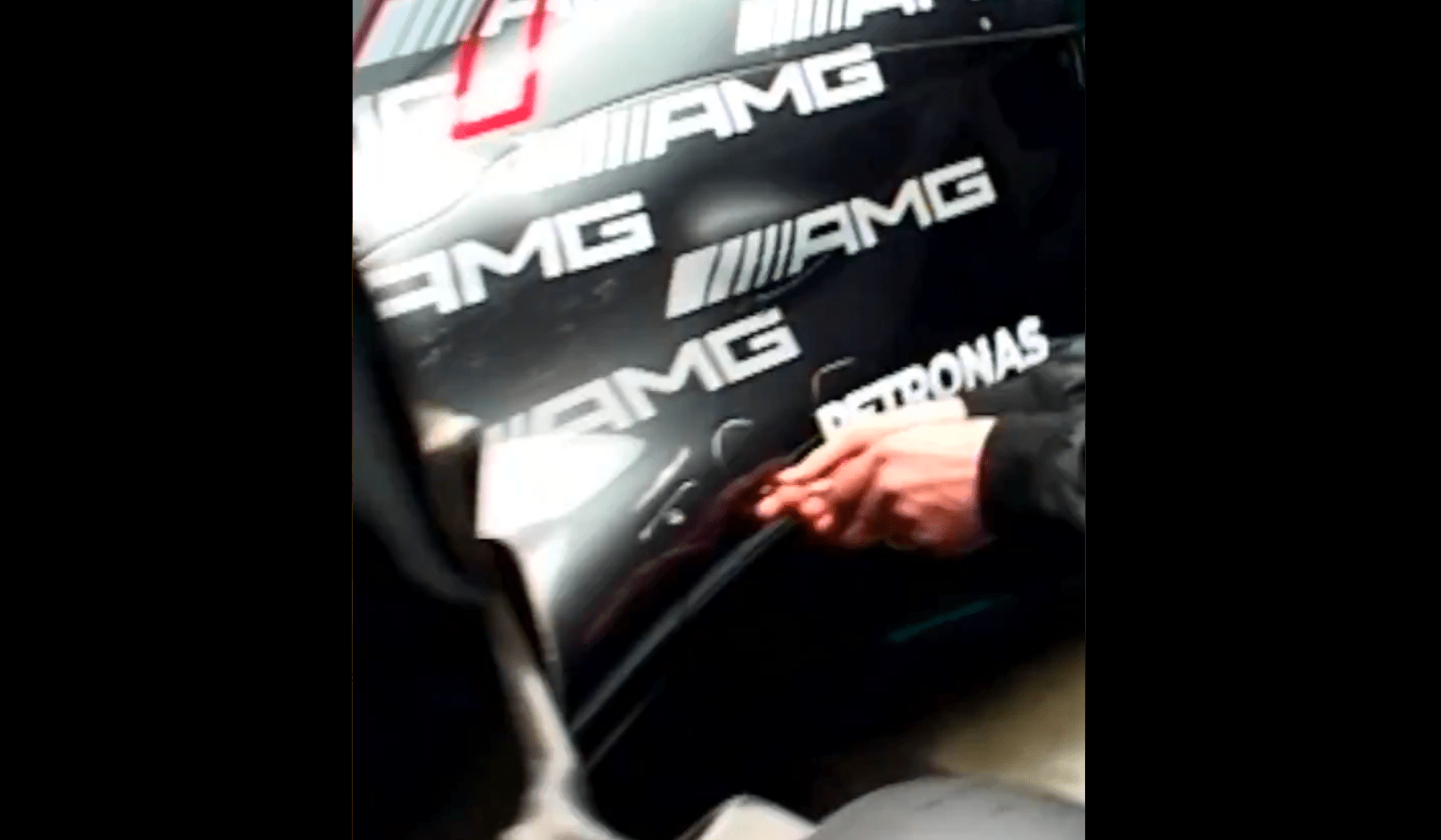 Here’s the Mercedes and AMG news