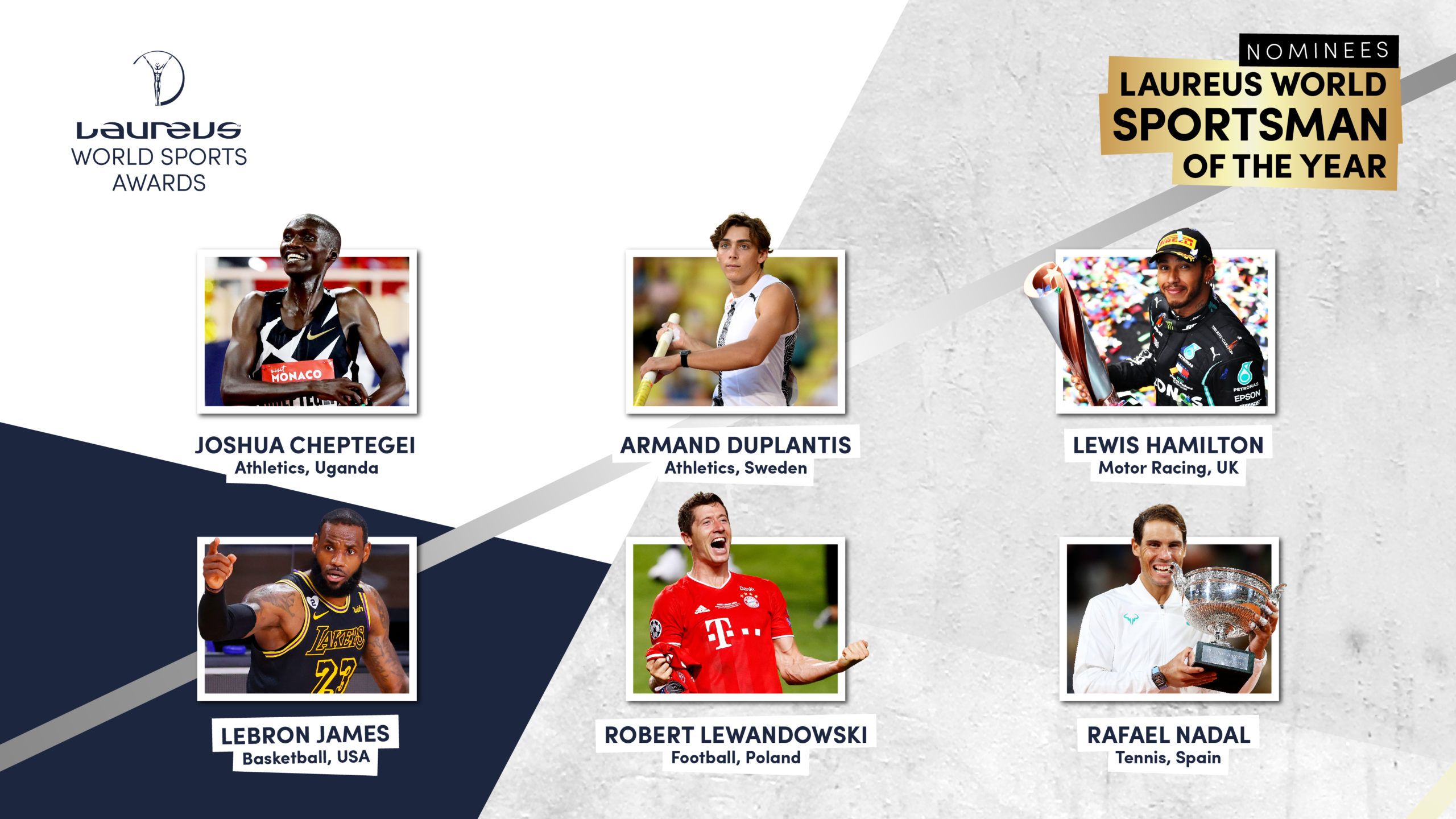 Lewis Hamilton, Joan Mir and Mercedes are the representatives from motor racing – F1 and MotoGP – in 2021 Laureus World Sports Awards.

Having jointly won the ‘Laureus World Sportsman of the Year Award’ in 2020 – alongside Lionel Messi – for his performances in the 2019 F1 season, Hamilton has received another nomination for 2021 after his record-equaling seventh title in the 2020 season.

With his award last year, Hamilton became the third F1 driver to have won the coveted trophy after Michael Schumacher (2002 and 2004) and Sebastian Vettel (2014). If he gets it this year, he will match the German again, this time off the track than on it.

For 2021, Hamilton is clubbed against Joshua Cheptegei (Athletics), Armand Duplantis (Athletics), LeBron James (Basketball), Robert Lewandowski (Football) and Rafael Nadal (Tennis). “It’s an honour to have been nominated for Laureus World Sportsman of the Year alongside some truly incredible athletes,” said the Brit.

“When I look back at the award ceremony last year, it’s hard to believe just how much has changed. 2020 was a difficult year for so many people, for many different reasons and of course the world of sport was hugely affected.”

Staying with the second F1 nomination, Hamilton’s team Mercedes has been nominated for the seventh time under ‘Laureus World Team Of The Year’. They won the award in 2018 and are chasing its second one, having won a record-equaling seventh world championship.

The only other nomination from motor racing was that of the 2020 MotoGP champion, Suzuki’s Mir, who received his first one under the ‘Laureus World Breakthrough of the Year Award’. He, naturally, earned it for winning his maiden title in the senior class.