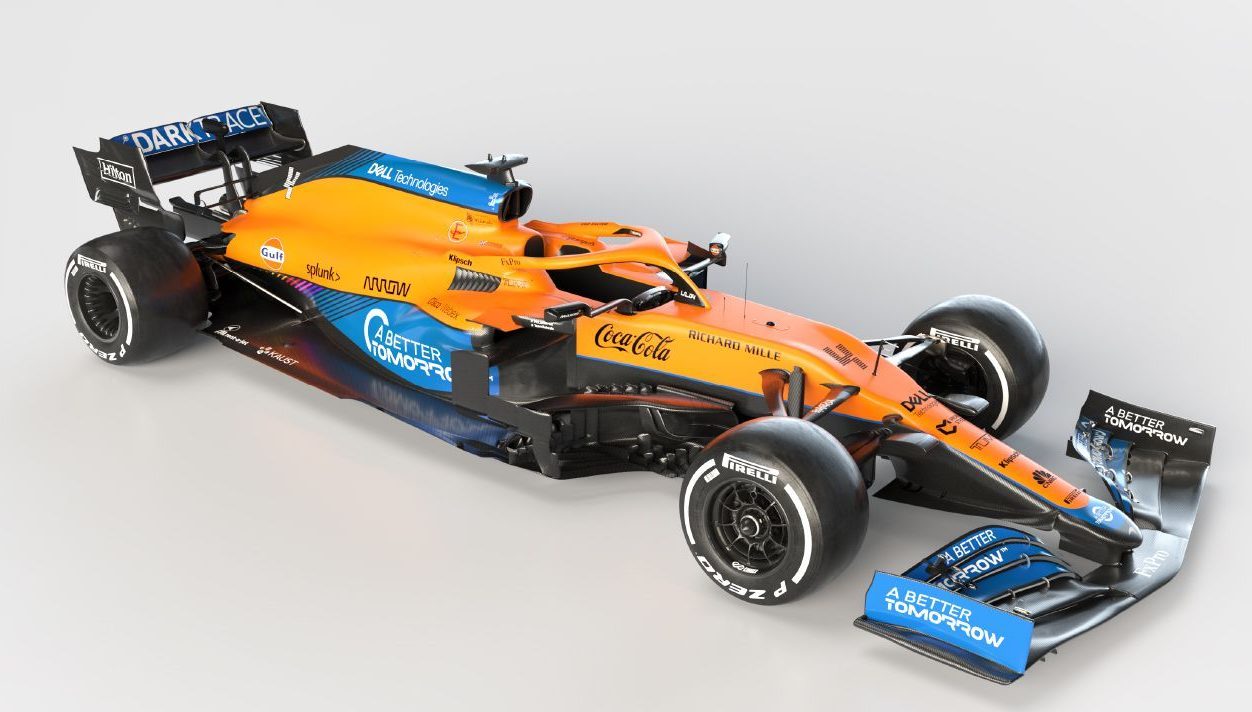 McLaren became the first F1 team to unveil its 2021 car, the Mercedes-powered MCL35M, in an online launch from Woking.

After Alpine released an interim livery last month, McLaren kick-started the 2021 F1 car launch proceedings on Monday, with an online reveal of its Mercedes-powered MCL35M. The unveiling also had first look of Daniel Ricciardo in his new colours beside Lando Norris.

Despite the 2021 regulations remaining the same, McLaren is probably the only F1 team with a large number of changes, due to a switch to Mercedes from Renault. They used their tokens to fit the new power unit, with several parts needing work.

The launch was hosted by Sky Sports’ Natalie Pinkham, with both Norris and Ricciardo coming into a McLaren sportscar inside Woking. The Australian driver had a surprise with special videos from his nephew and his father/mother – which made him emotional.

Ricciardo hasn’t been to Australia ever since he came to Austria for 2020 F1 season. Between Abu Dhabi and now, he went to USA. Post the videos, they ran a team bonding exercise between the drivers, where they recorded a song together.

After some questions from fans, Zak Brown and Andreas Seidl were called in, when the 2021 car and livery was showcase. Looking at it, McLaren retained its papaya base with the blue but the racing suits, though, switched to a full blue with papaya tinge.

The car did not feature the Mercedes logo as the manufacturer doesn’t asks any of its customer teams to have it. Looking at the changes, the nose, bargeboard, engine cover, airbox and airbox were notable from pictures.

More maybe seen when the car hits the track on Tuesday for the filming day on Tuesday. “We’re thrilled to launch our 2021 team with Lando and Daniel, as we prepare to get the Formula 1 season started,” said Zak Brown.

“We’ve got an incredibly exciting driver line-up this year, both are formidable racers on-track and great characters off-track. Lando is a naturally fast and intelligent racer on an exciting trajectory, while Daniel is a multiple grand prix winner with a sharp racer’s edge and exceptional talent.

“After a challenging but rewarding 2020, we have firmly hit the reset button for this season as we continue on our path towards the front of the grid. This will be an even tougher season but we’re ready to meet the challenge. I want to pay tribute to Formula 1 and the FIA and our fellow teams in continuing to work hard for the benefit of our sport as we strive to bring exciting racing to fans around the world.

“We head into this season with an incredible group of committed and valuable partners at our side, who are such a vital part of our team. 2020 represented a significant challenge, not just for McLaren Racing but also many of our partners, so to have maintained their support is a testament to the quality of our partners and the relationships we have formed on our journey together.

“We’ve really missed having our fantastic fans with us at track, and we can’t wait to have them join us again when safe to do so. As always, we go to every grand prix weekend with the ambition of putting on a great show and achieving the best possible result for our incredible fanbase.

Among the drivers, Ricciardo, stated: “It’s great to have finally joined the team after what feels like an age since we confirmed it last May. I’m thrilled to be a McLaren driver and super-keen to get started. McLaren has been on an awesome journey over the last few years, and I’m looking forward to helping the team maintain this positive momentum.

“I’ve been spending the last few weeks here in the UK getting fully integrated into the team so that we’re as prepared as possible for the start of the season. I’ve had such a warm welcome from everyone I’ve met and there’s a real sense of unity and focus around the factory, and a lot of excitement!

“Going into this new season in Formula 1, I’m feeling excited and motivated to give it my absolute all. I think my determination to perform has only grown as I’ve gained more experience and I’m looking forward to getting this next chapter in my career started.”

And finally, Norris added: “I’m really excited to be back working with the team ahead of my third season in Formula 1. Every time I get into the car I feel like I’m growing in confidence and experience, which helps me build my performance year-on-year. I’ve been working hard personally throughout the off-season to be as sharp as I can when we get to pre-season testing, and I can’t wait to get back in the car soon.

“I’m looking forward to going back to some of the countries we couldn’t race at last year, hopefully with fans as well at some point, who create such an incredible atmosphere in every country we race in. We’ve really missed having our fans trackside and until we can meet again in person, I’ll be working as hard as I can to give them a good show. 2021 is going to be another challenging year on-track with close competition, but I’m just focused on getting back to racing and giving it my all.” 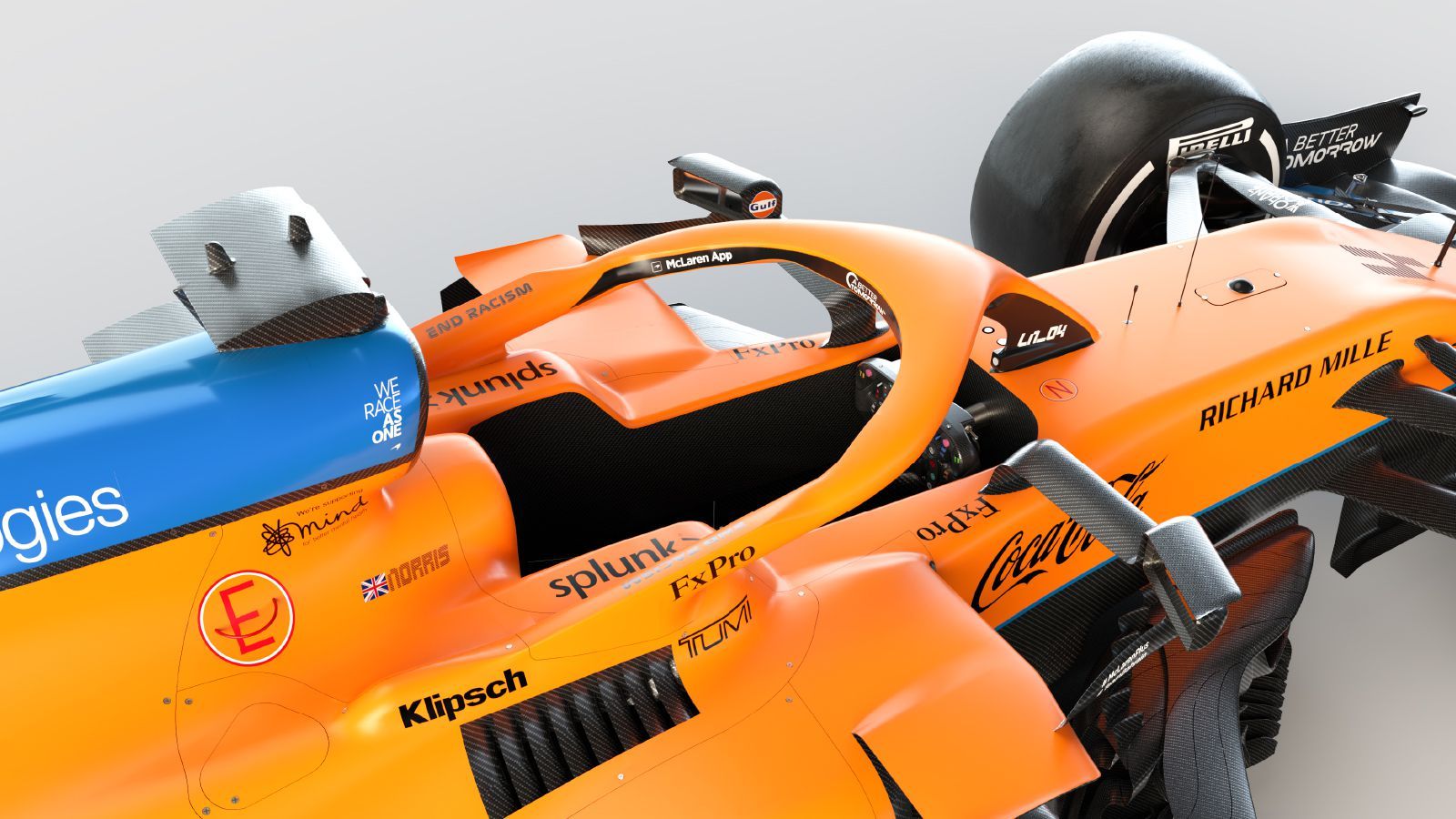