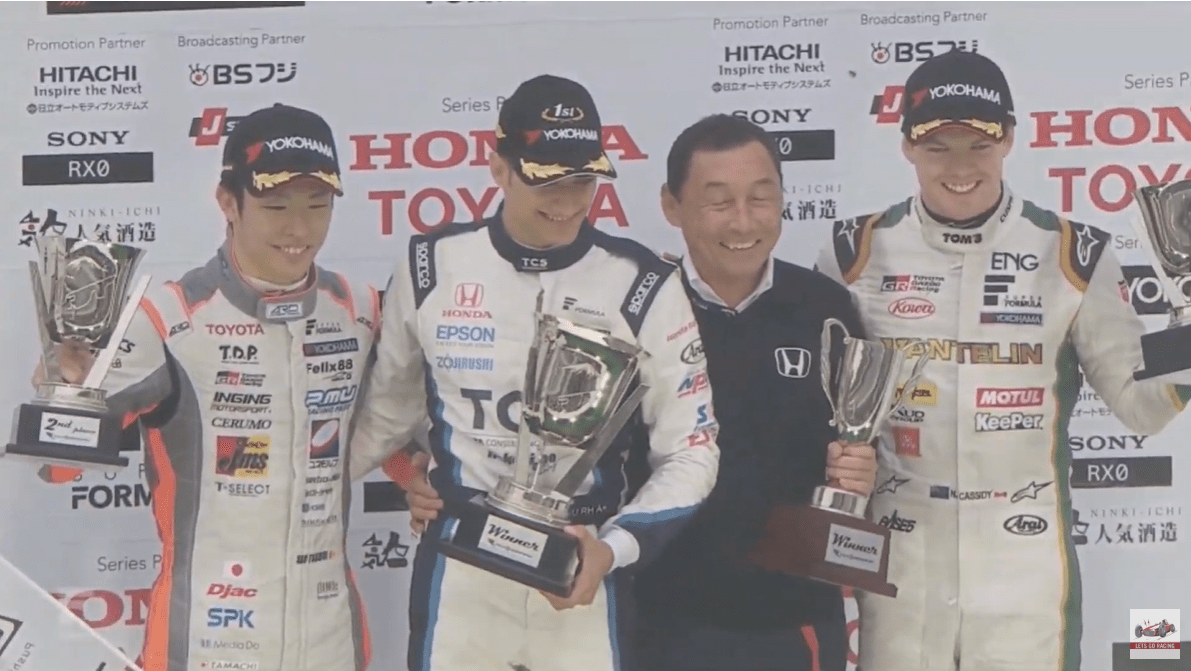 It was a safety car start at Fuji Super Formula race with Palou leading Inging Toyota’s Sho Tsuboi and Team Impul Toyota’s Yuhi Sekiguchi in the Top 3. When it went green on Lap 3, Palou was able to create a solid gap between himself and Tsuboi.

But Team Tom’s’ Toyota’s Nick Cassidy made the move on Team Mugen Honda’s Tomoki Nojiri to take fourth and then cleared Sekiguchi as well to be third. Outside the points, KCMG Toyota’s Kamui Kobayashi was the driver on the move.

As Palou led Tsuboi and Cassidy, it was the Kiwi’s teammate Kazuki Nakajima finding his way through inside the points after battles with Dandelion Honda’s Naoki Yamamoto and Nirei Fukuzumi and also TCS Nakajima Racing’s Tadasuke Makino.

It wasn’t easy for Palou at the front though with the Spaniard having few off moments but he collected himself well en-route his first Super Formula victory at Fuji, which is his first since the 2017 World Series Formula V8 3.5 race at Nurburgring.

It was a dominant run with Tsuboi behind by 13.359s as the Japanese scored his maiden podium as Cassidy completed the podium positions. The Kiwi gained on Tsuboi rapidly but had no more laps left to make a move and take second in the title fight.

He scored more points than rival Yamamoto, who ended up 11th after a spin to score nothing with the gap coming down to just five now. Behind the Top 3, Nojiri steadied in fourth as Nakajima climbed his way up to fifth – overtaking multiple drivers.

Kobayashi was sixth after making up 13 places from his start position as Inging Toyota’s Hiroaki Ishiura slotted in seventh and Sekiguchi losing five places to be eighth to score the last point from Fukuzumi and Makino in the Top 10.

For the new Red Bull junior Patricio O’Ward, the Mexican had a better run in Team Mugen Honda car to be 14th after starting from the back, while the other junior Lucas Auer was forced to retire his B-Max Racing with Motopark Honda car.

It was another fire on the sister car of Harrison Newey when he pitted for a tyre change to finish a lap down in 16th, while Team LeMans Toyota’s Artem Markelov had another bad outing in 19, three laps down after a front wing failure.