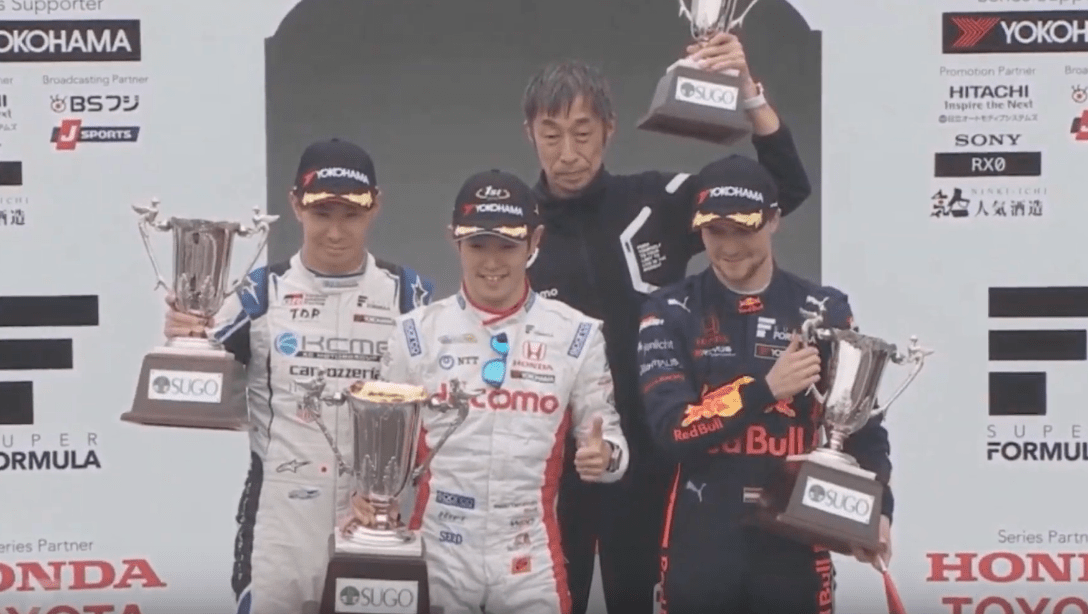 Pole-sitter Yamamoto made a good start to keep the Super Formula race lead at Sportsland Sugo as Auer got to second after host of drivers decided to pit already after Lap 1 including Team Mugen Honda’s Tomoki Nojiri starting from the front row.

It was a waiting game for the remainder of the race with the early stoppers for soft compound trying to stay with the leading pack already on the soft to switch to medium. There were battles still for track position and more importantly for points.

Yamamoto eventually pitted on Lap 49 and his gap was enough to retain the lead as Auer kept second from Nojiri, who then crashed out after trying a move on the Austrian which resulted in a safety car. The period was extended after Tsuboi spun under the safety car.

The re-start worked well for Yamamoto as he extended his Super Formula points lead with his first win of the 2019 season at Sportsland Sugo as Kobayashi passed Auer to take second with the ex-F1 racer making the alternate strategy stick.

The WEC racer made a crucial pass on Cassidy early in the race to have track position with Red Bull junior Auer losing out as the medium compound did not give enough grip. The Austrian almost lost out to Cassidy but held on for his first podium finish.

The Kiwi made up 10 places from his starting position but had Nakajima Racing Honda’s Alex Palou on his tail towards the end with the duo crossing only 0.099s apart. Dandelion Honda’s Fukuzumi slotted in sixth, just 0.089s ahead of Yamashita.

The latter himself made up 11 places to seventh as Ishiura rounded out the points position in eighth with Kunimoto and Real Racing Honda’s Koudai Tsukakoshi completing the Top 10 ahead of Team Impul Toyota’s Yuhi Sekiguchi and Ryo Hirakawa.

Team Tom’s Toyota’s Kazuki Nakajima was 13th from Makino after the latter was forced to pit the second time due to a suspected issue with an earlier stop as Ticktum, Team LeMans Toyota’s Artem Markelov & Kazuya Oshima – all the three finishing a lap down.