Home In the Spotlight Simon Pagenaud wins his first Indy 500 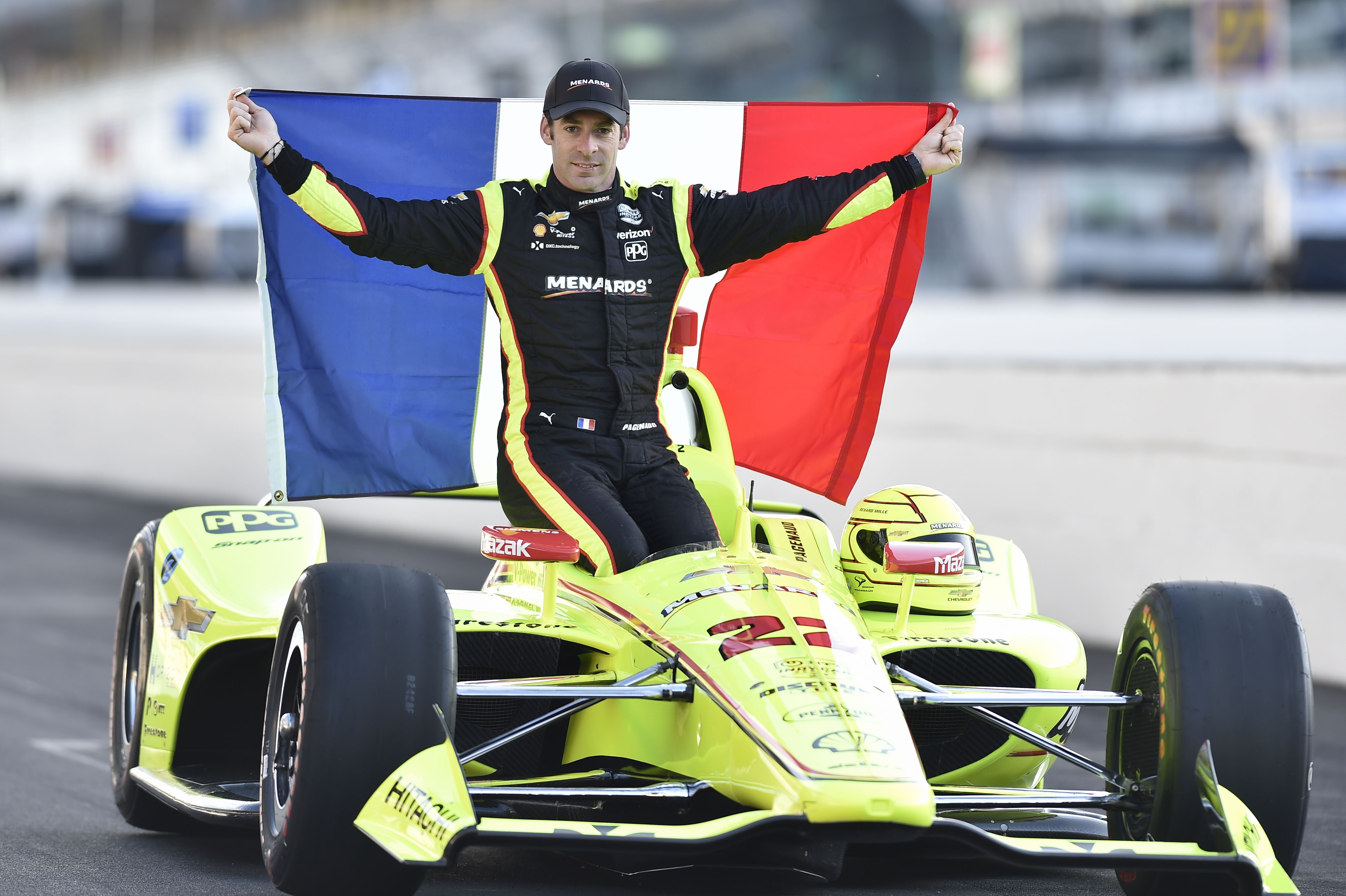 Simon Pagenaud, has drunk for the first time the milk traditionally given to the winner of the 500 miles of Indianapolis. Second was Alexander Rossi, who fought until the end with the Frenchman, and third was Takuma Sato.

The green flag waved at the hands of Christian Bale and Matt Damon, kicking off the big IndyCar event. Pagenaud was in the lead followed by Carpenter. Behind, Newgarden, Power and Pigot.

With only 5 laps, Colton Herta caused the first yellow flag due to mechanical problems. Some riders took advantage and stopped in the pits. They resumed and Penske lined up Power behind Pagenaud.

Lap 32 marked the arrival of the first stops. Pagenaud was the first, followed by Newgarden the next turn. After all the stops, Rosenqvist (who had stopped during the yellow flag) led, second was Pagenaud and third Power. The Frenchman would take the lead after the Ganassi stop.

Castroneves, on the other hand, would make a Drive Through for an incident with Davison in the pits

It fell on lap 65 when the boxes received Pagenaud. The rest would stop in the next laps. Dixon was leading. In the pits, Jordan King did not fit well and he was ahead of one of the tires prepared for him and hit it with one of his mechanics. Soon after, Kaiser lost the car and ended up against the wall. The second yellow flag happened.

It was resumed and Power, who also suffered a mishap in the pits, was forced to make the highlight from the last positions. Pagenaud and Carpenter walked away from the rest. Behind, Newgarden and Rossi maintained a distance with them, without it being extended.

On lap 100, just the equator, the leader entered. The next round, it was the turn of Carpenter and then Newgarden. Rossi was on track longer. Dixon rose positions thanks to go with the foot changed. Andretti would stop at 106 and left the current IndyCar champion in front.

Dixon stopped 12 laps later than Pagenaud, which left the French leader, followed by Rossi, who had picked up a good pace. The American could not overtake the Frenchman on the track, as he entered the pits soon. Carpenter would take 5 more laps to enter.

At the Rossi stop, the hose did not fit well so the Andretti driver would lose time at the entrance, losing positions. At that time, Ericsson lost control of the car while braking at the entrance of boxes causing a new yellow flag. Dixon would stop while the test was neutralized.

The return was resumed with 51 laps remaining. Newgarden was 2nd. Some positions behind were intense fighting between Bourdais, Daly, Rossi and Serviá (dubbed). Newgarden would take the lead, while Rossi doubled Oriol. Rossi was going back and was already 5th, behind Connor Daly. A few laps later I realized this, to get to Carpenter’s wheel.

Pagenaud entered 31 laps from the end and Rossi made it one lap later. Dixon entered with Rossi and with his strategy of standing changed he got a shorter stop. Newgarden, was pressed by Carpenter and entered the pits.

Carpenter was the last to enter the favorites. After this, Pagenaud had a great advantage, second was Rossi and Carpenter third, all virtual waiting for the Pigot stop. The Pagenaud advantage was coming down fast and Rossi was attacking the Frenchman.

With 22 laps to go, Rossi overtook Pagenaud at the moment Rahal tried to overtake Bourdais. They played Rahal and Dale Coyne causing a multiple accident, because behind several cars were also involved. Pigot was the leader, second was Rossi.

The race was resumed, not the race because there was a yellow flag regime. Pigot entered the pits to make his stop and fell 10th. Dixon entered a lap later because during the accident he touched the front wing and had to change it. The Chip Ganassi fell to 12th place.

With the green flag, Pagenaud was 1º while Newgarden was 3º and Sato passed to Carpenter. One lap later, Rossi returned it to Pagenaud. There were 10 laps to go and they were already showing up. Power watched closely the 6th action.

Pagenaud was first again while Sato gave an account of Newgarden. The Japanese was close to the first two. The Penske driver stuck to the wall after leaving the curves to break the slipstream to Rossi and seemed to work.

There were 2 laps remaining and Rossi was leading. Pagenaud went outside on the counter and waved the white flag indicating the last round. Rossi would try but the 2016 IndyCar champion won with the victory for the first time in his career.