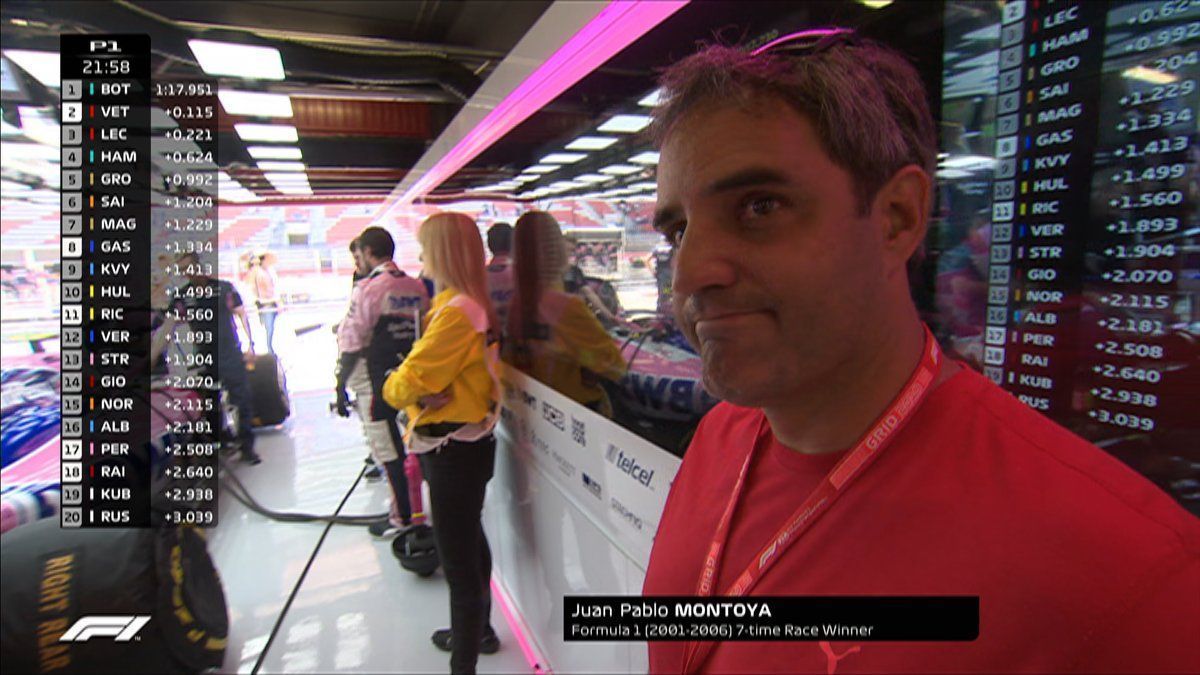 Racing Point has played down the rumours regarding Juan Pablo Montoya joining the F1 team as Lance Stroll’s advisor and coach.

Former F1 driver Montoya was spotted at Circuit de Catalunya, Barcelona, in the Racing Point garage during the F1 Spanish GP weekend. While nothing major was said about the visit during the weekend but post it, several smaller sites started writing about a deal.

It specifically stated that the Colombian has joined Racing Point as an advisor and mental coach to Stroll on the request of co-team owner Lawrence. None of the bigger sites though fuel the speculations which the smaller sites did.

When FormulaRapida.net contacted Racing Point, its spokesperson denied the reports of Montoya joining the team to aide Stroll, stating that ‘these rumours are not true’. For now, we have to take that the former F1 racer was only a guest to Racing Point.

Although not confirmed but another reason for Montoya to visit could be to support fellow Colombians Tatiana Calderon and Juan Manuel Correa (Ecuadorian-American), both of whom compete in the FIA Formula 2 Championship.

Meanwhile, it has been a mixed start to Stroll’s stint with Racing Point as the Canadian has two points finishes in five races. While his Spanish GP wasn’t going hugely well but it ended on a bad note when he retired after a collision with McLaren’s Lando Norris on Lap 46.

In fact, teammate Sergio Perez also finished just 15th in a much difficult outing for the British-Canadian outfit. Even though the car is not yet at the highest level of the midfield pack, the team managed to eke out points result in the first four grand prix.

Spanish GP was the first race for the team to register a DNF and also a double non-points finish. The team though hoped to find answers from the two-day test where simulator driver Nick Yelloly ran the primary car while Perez and Stroll did the Pirelli test.