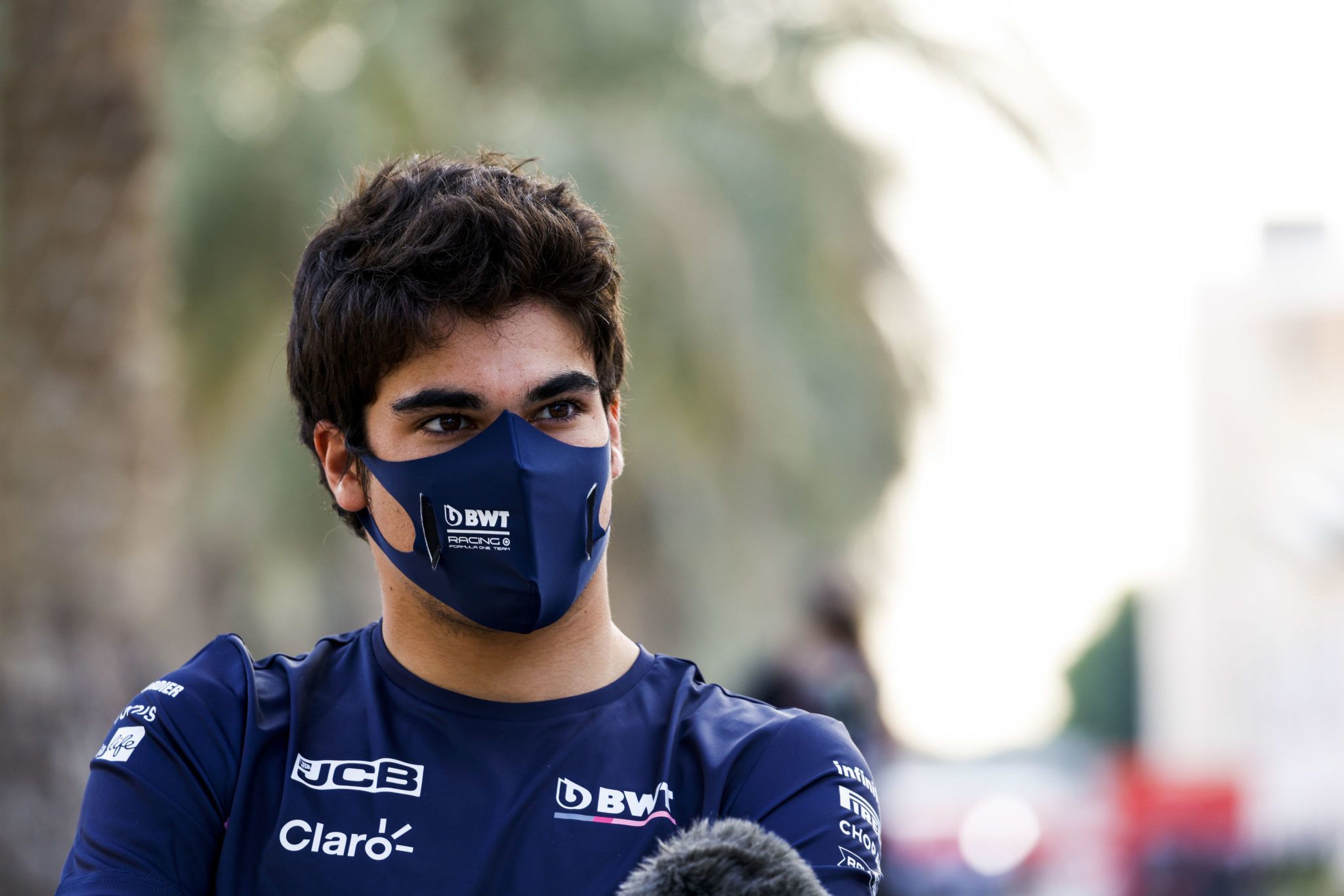 Lance Stroll features on F1 Beyond The Grid podcast as the Canadian speaks on 2020 season, future, friends in paddock plus junior career, criticism and more.

After a routine introduction on the Canadian, host Tom Clarkson’s F1 Beyond The Grid podcast interview started with Stroll answering a question about his “surreal” maiden pole lap at Turkey, which he acknowledged was imperfect but nonetheless.

When pressed further on how he excels in wet weather as he did in Turkey’s qualifying, Stroll explained that “s**tty” Canadian weather ensured he spend much of his time on wet karting tracks as a child, and that he ultimately grew to understood the balance between cars and driver in wet conditions.

Once more discussing his Turkey pole, the Racing Point driver described a feeling of butterflies upon starting on pole – a feeling that he says he ‘lives for’. He then discussed his skill progression, before he expressed how F1 has been relative to his expectations of the sport.

Stroll described it is a “love/hate relationship”, with euphoric highs and disappointing nadirs all part of the deeply emotional sport, which he says at first “overwhelmed him.” He agrees with the proposition that F1 has inured him.

Responding to a question on the loneliness of F1 in the age of COVID, Stroll denied that he has no friends on the grid, saying that he is close with the likes of Renault’s Esteban Ocon, and his teammate Sergio Perez. After speaking further on maintaining relationships with rivals despite any on-track events, the 22-year-old became subdued upon discussing his 2015 crash with Alfa Romeo’s Antonio Giovinazzi at Monza in Formula 3.

Post this, he continued to speak on his 2015 season during which he admits he was “impatient,” and, consequently, overly aggressive. He redeemed his crash-laden season in 2016, when he bagged 14 out of thirty wins. It was this season that was the subject next discussed.

Stroll believes he was a more matured version of himself that year, having experienced F3. Elaborating more on his past, he explained how his racing career began with the purchase of a go kart at age six, beginning with cone courses in the parking lot of his local track. He said that racing became an obsession rather than a hobby when he began racing in Europe, though he denies that he knew he was destined for F1 at that age, when he was just 12 years old.

Responding to criticism of how he found his way into the sport, with considerable financial backing, Stroll said he “fuels off of” the flak he receives, restating a mantra of his that he does his talking on the track. All the while acknowledging his consistency has been lacking, Stroll reeled off some of his recent achievements as proof of his merit, including numerous podiums, and a pole position.

He described the media criticism as “noise”, and “a waste of [his] time”, before covering his controversial working relationship with his father, Lawrence. Stroll denied that having his dad as a boss is strange, because he feels his father is a good boss, and he credits him – as well as 500 other “very talented” team members – with the teams’ good performances in the past two seasons.

After reflecting on his first F1 podium at Azerbaijan in 2017, and the subsequent celebrations, it was mentioned to him that his eyebrows have their own Twitter page, and he was understandably taken aback by the information. However, Stroll did then speak on his wider fanbase, for whom he has a great appreciation.

Exemplifying support among those of his nationality, he mentioned Canada 2017 during which grandstands erupted as he earned his first points, before discussing Racing Point’s rebranding to Aston Martin, his favorite James Bond car, and how he’ll look in the color green.

Addressing Perez’s forced departure from the team to accommodate four-time champion Sebastian Vetel, Stroll wished the Mexican the best, and said that such instances are part of F1 as this topic eventually ended the podcast.

Here is the link to the podcast as FOM prohibits embedding: https://podcasts.google.com/feed/aHR0cHM6Ly9hdWRpb2Jvb20uY29tL2NoYW5uZWxzLzQ5NjQzMzkucnNz/episode/dGFnOmF1ZGlvYm9vbS5jb20sMjAyMC0xMi0wMTovcG9zdHMvNzc0MTUzMw?hl=en-IN&ved=2ahUKEwiMz_zFu7HtAhWxxzgGHZexCw4QieUEegQIBRAF&ep=6

Here’s F1 Beyond The Grid Podcast having Lord Hesketh