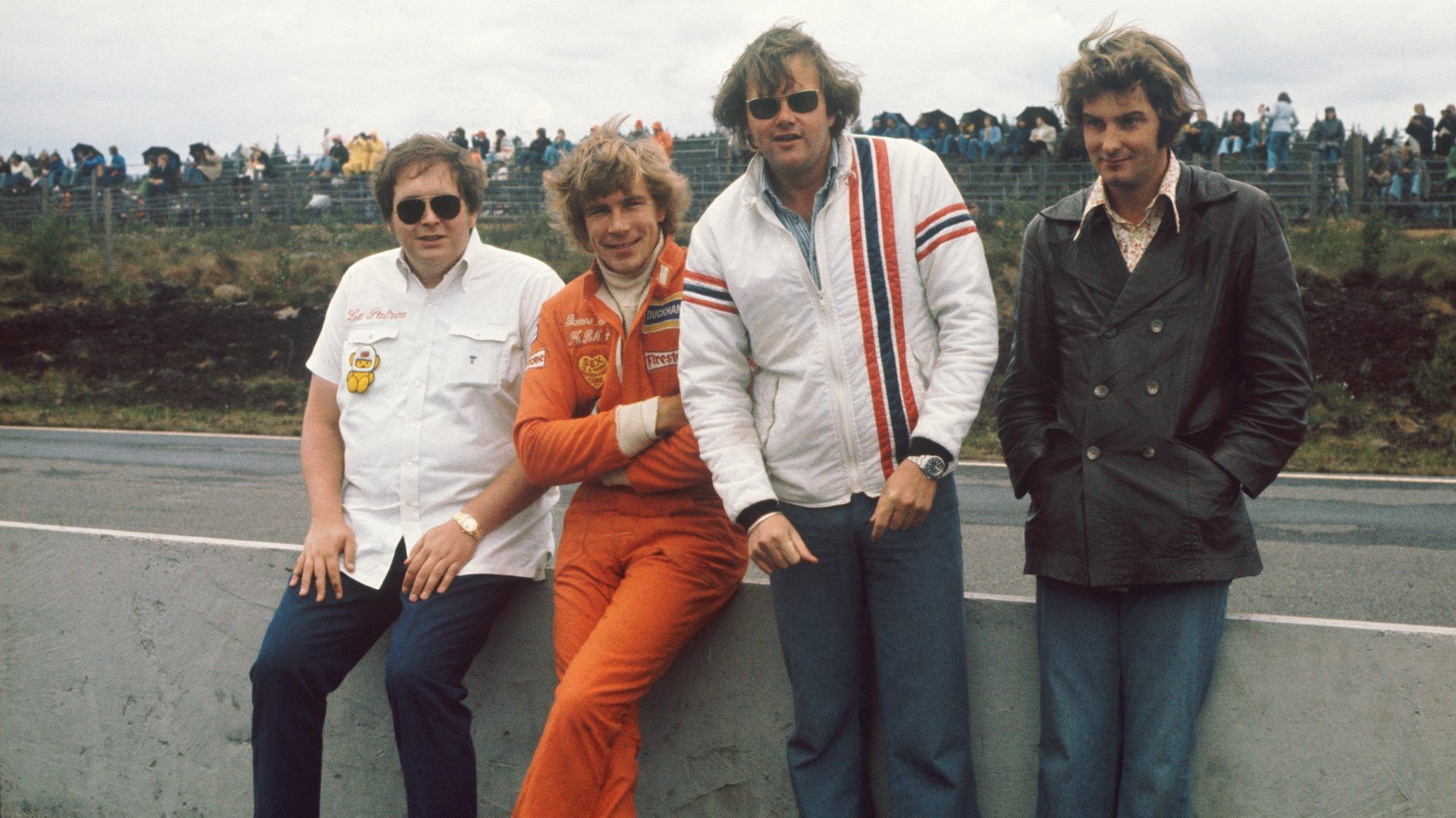 With a lengthy introduction complete, the F1 Beyond The Grid podcast began on the topic of Hesketh’s win with James Hunt at Zandvoort in 1975, with the British figure saying that it followed a particularly frustrating sequence of races.

One race he noted was Monaco, which he said the team should have won – if not for a catastrophic pit stop at the rainy race. Zandvoort marks an emotional win, he says, particularly as the underdog F1 team had been heavily criticised from the press.

Hesketh explained, though, that the team was supported by Bernie Ecclestone who understood that the team was there “for the fun, but not to get made fun of.” After this, he provided accounts of how the plucky outfit began in what he called “an accident,” and from where his desire to go racing originated, with books and idolisation, rather than actual experiences in the sport, he says.

The British politician went on to tell of his brief driving career, comprised of one race at Brands Hatch during which he was shown the black flag. He says the devastatingly poor result turned him away from racing with immediate effect, before his motivation to start a racing team sprouted after his close friend, Anthony “Bubbles” Horsley, indicated that he had a desire to make an attempt at Formula 3.

Hesketh told of the team’s fight to make the grid at Monaco in Formula 3, and made a comment about how Bubbles had hired Hunt without his permission. One thing that Hesketh was consulted on, though, was a graduation to Formula 2, upon which the team purchased a 1971 F2 chassis.

The Brit said that their F2 project was not a success, to the extent that they were booed out of the Hockenheimring. Afterwards, he spoke on the team’s structure, with Bubbles and Hunt the decision-makers in the operation – particularly on the expensive development front.

Hesketh did, though, say that the decision to progress to F1 was his, as he was motivated to help Hunt’s career, who he was fond of but had difficulty paying given the high cost of upkeeping an outfit. When questioned on why his team insisted on competing without sponsors – something that surely would have helped financially – Hesketh said that the team had been approached by Parmalat, but that their offer of 750,000 quid was insufficient to justify further pursuit of the deal, which could have compromised the dynamic within the team.

After speaking on the team’s factory, which featured two dynamometers, Hesketh spoke on how the F1 paddock received his team, which was an independent speck in a sea of autocratic teams that made up the grid. Hesketh subsequently discussed the team’s ‘playboy’ attitude, and he denied that he would have changed the organization’s approach of unpreparedness.

The 70-year-old spoke on the team’s legacy, and noted that the likes of Amazon and Netflix have expressed interest on covering the story through film, similarly to how ‘Rush’ was initially going to depict the team, before Austrian influence saw the creative direction of the movie change. Hesketh adds that he does not take issue with the change in storyline, and commends Chris Hemsworth for his portrayal of Hunt, which he says was “uncanny”.

He also stressed the role of Hunt in the team’s success, saying of the former F1 driver that he was underestimated, in part because he never enjoyed the advantage of having the fastest car. The podcast ended after Hesketh rejected the idea that he was regretful about leaving the sport and not carrying on.

Here is the link to the podcast as FOM prohibits embedding: https://podcasts.google.com/feed/aHR0cHM6Ly9hdWRpb2Jvb20uY29tL2NoYW5uZWxzLzQ5NjQzMzkucnNz/episode/dGFnOmF1ZGlvYm9vbS5jb20sMjAyMC0xMS0yNDovcG9zdHMvNzczNzE3Mw?hl=en-IN&ved=2ahUKEwjE0rme7J_tAhWl4zgGHfU0D5QQieUEegQIEBAF&ep=6

Here’s F1 Beyond The Grid Podcast having Alan Permane

The FIA and FIM have together confirmed the use of high-tech light panels for better safety. It will be made mandatory at all the circuits which hosts F1 and MotoGP from 2022 onward and will be followed by WEC, World SBK and EWC from 2023 onward.

The light panels operated by race control or trackside by marshals are used to display crucial information to all taking part in the competitions, which includes flag information, weather status, and if a safety car or virtual safety car has been deployed.

F1 already uses the high-tech panels but it is not a permanent feature at the circuit. Now each of the Grade 1 circuits on the racing calendar will need to install the T1-spec homologated light panels, which have passed the latest FIA Standard 3504-2019.

At the same time, the FIM-approved circuits will need to install the T1 or T2 spec homologated light panels. This requirement will extend to other Grade 1 or Grade 2 circuits from 2023, while Grade 3 circuits will see it from 2024, where T3-spec will be in use.

These panels underwent rigorous testing by the Federal Institute of Metrology laboratory in Switzerland. Currently, British company EM Motorsport is the only manufacturer to have passed the FIA tests for T1 and T2. Several others are in the process of homologating.

Spanish company Pixelcom has passed the FIA T2 tests and is currently the only provider for FIA-homologated T3 panels. Stuart Robertson, FIA Head of Circuit and Rally Safety, said: “This is another important step in the collaboration between the FIA and FIM on circuit safety. It will ensure that all championships that race on these top-level circuits can have access to the latest safety innovations.”

Franck Vayssie, FIM Circuit Racing Commission Director, added: “The FIM and FIA share a strong bond in terms of safety and this further strengthens that cooperation. Making these light panels mandatory at FIM circuits that host MotoGP, Superbike and Endurance World Championships will help to ensure the highest levels of safety for all series that race on these top-level tracks.”

Here’s all in full details: https://www.fia.com/sites/default/files/fia_standard_3504-2019_light_panels_en_v2.pdf