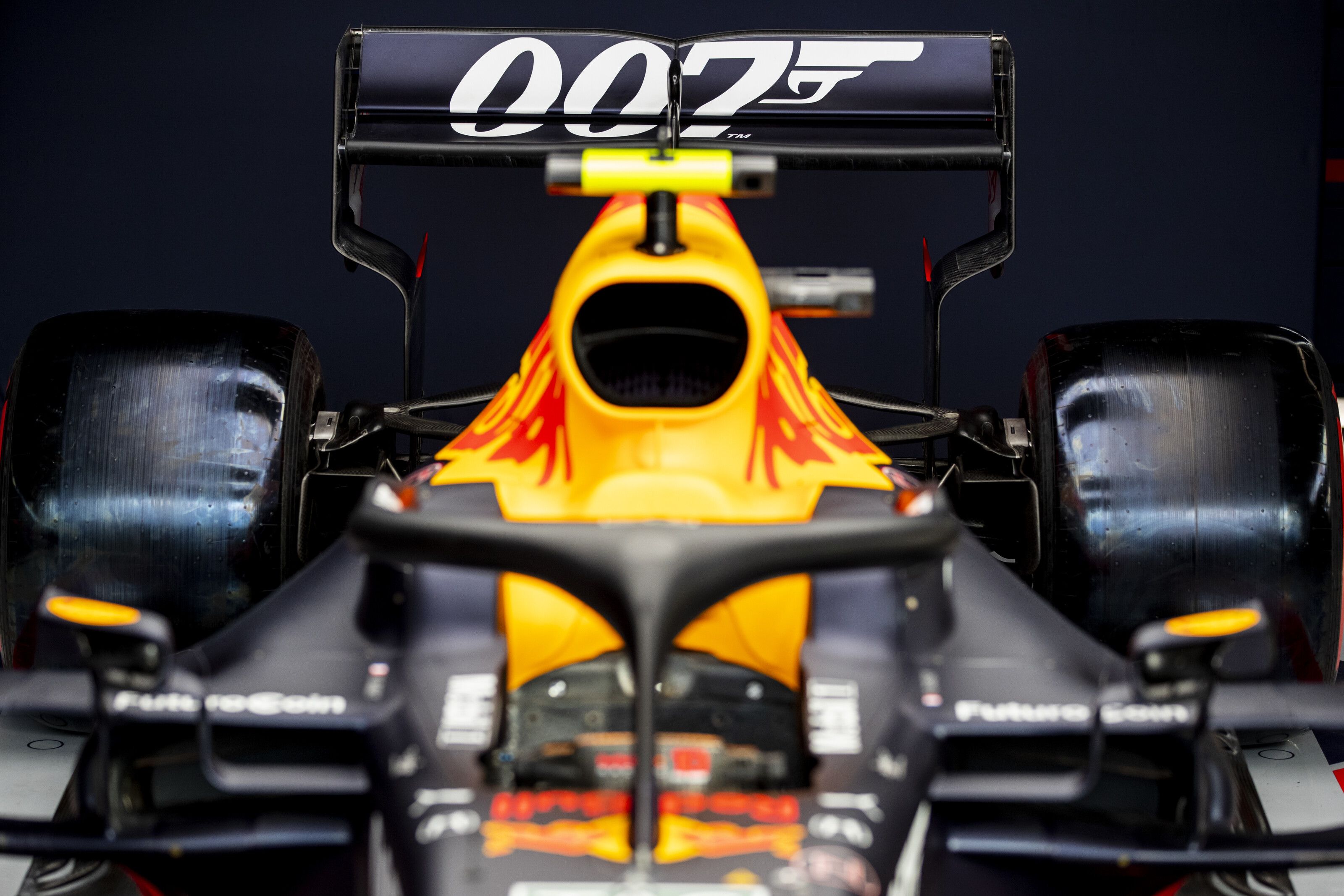 Through their association with Aston Martin – a brand having close partnership with Bond movies – Red Bull will add the spy’s famous code name ‘007’ on the cars of Max Verstappen and Pierre Gasly for the 2019 F1 British GP weekend.

The 007 will feature on the rear wing, Halo and at the sides on top of the bargeboard area for the British GP weekend in a slight alteration to their livery. In addition, both Verstappen and Gasly will run a special number plate as used in two of the Bond movies.

Verstappen will run the number plate from Aston Martin DB5 in Goldfinger (1964), while Gasly will have Aston Martin V8 plate from The Living Daylights (1987). Speaking on the changed livery, Christian Horner said:

“Celebrating Bond at F1’s 1007th race was too good an opportunity to miss given our title partnership with Aston Martin. Showcasing the world of James Bond here at the British Grand Prix, our second home race of the season, is really exciting.

“Aston Martin is inextricably linked to Bond and his cars have become truly iconic so we’re really looking forward to this weekend at Silverstone.” At the same time, Aston Martin Lagonda President and Group CEO, Dr Andy Palmer added:

“Aston Martin is proud of its association with James Bond. This weekend, we look forward to celebrating this longstanding partnership at Formula One’s 1,007th Grand Prix.” The news comes after F1 joined hands with the franchisee in a separate marketing deal.