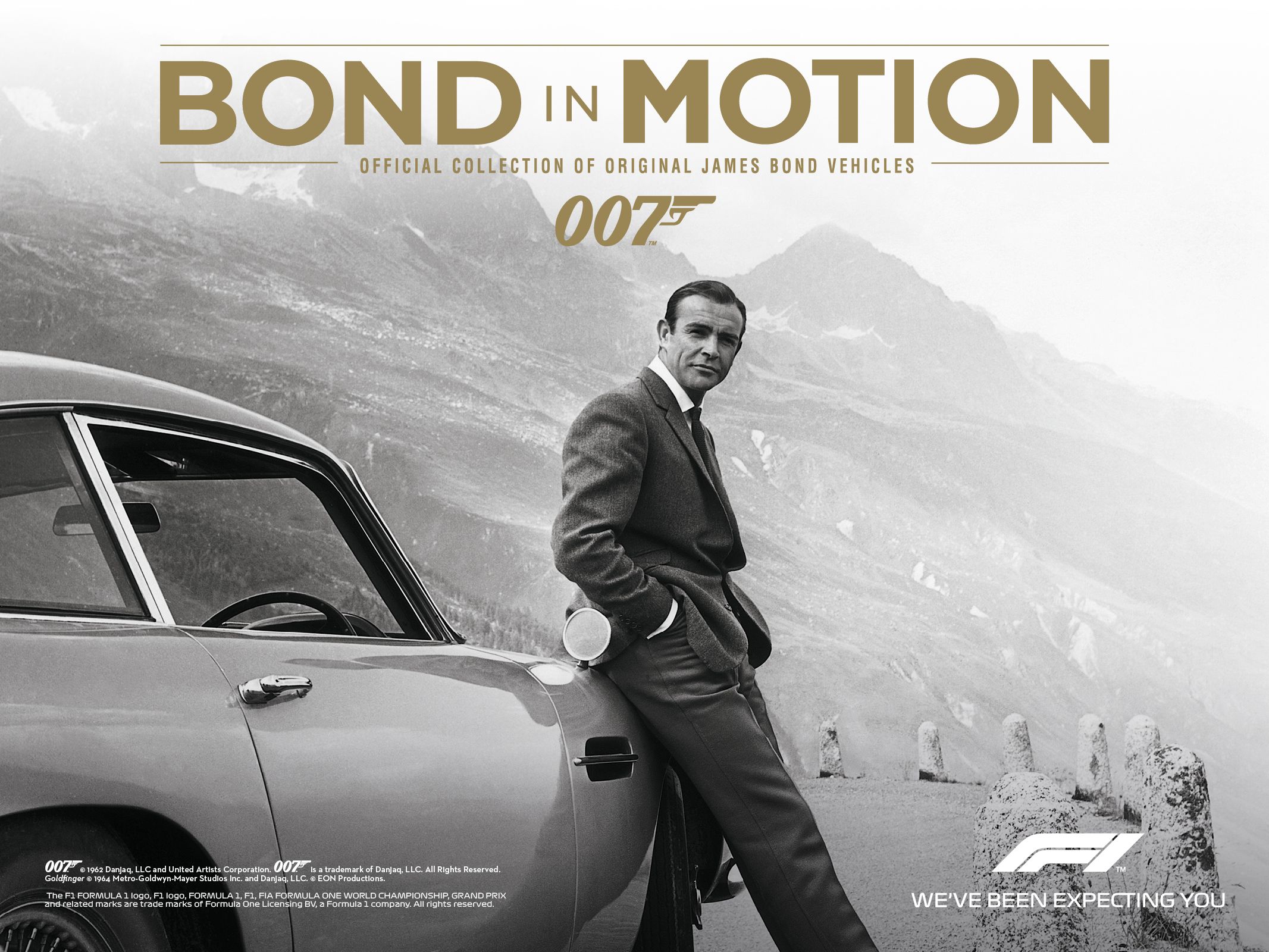 Earlier on Wednesday, F1 announced a marketing tie-up with Bond In Motion, wherein 12 classic Bond cars used in the several movies will be displayed at grand prix races starting with this weekend’s Austrian GP at Red Bull Ring in Austria.

The collection features Goldfinger’s 1937 Rolls-Royce Phantom III, Spectre’s Aston Martin DB10 and more. F1 released a details of the exhibition and also noted as to where the cars will be put on display for the fans to view and perhaps click photos of them.

Elaborating more on the deal, Bratches revealed that his original idea was for actor Daniel Craig – representing Bond 007 – to have a chase scene in a F1 car in the latest movie, which is under production. It wasn’t possible though but it led the exhibition idea.

“It was really a series of coincidences or happy accidents if you like,” said Bratches. “We are always looking for ways to elevate the F1 experience and I was aware that the next James Bond movie, number 25 I think, was scheduled for the fall of this year.

“I understand that it’s been delayed now, but at the time I reached out to EON, the production company behind the Bond franchise and a gentleman by the name of David Pope who runs it, and my intention at the time was to see if there was an opportunity to have F1 be part of the pre-credit chase scene.

“My vision was to have Daniel Craig hop in an F1 car and chase his nemesis and along the way we would showcase all of F1’s glory and iconography. Now, I’m not sure I won that battle – I lose a lot of them – but I did get to know David pretty well and here’s where the coincidences come in.

“I was telling him that my four sons and I are Arsenal fans and before I took this job I used to bring them to London to see games. On one occasion I took them to White Hart Lane and Harry Kane scored twice to give Tottenham victory.

“We were staying in Covent Garden and we were walking around after the game a little bit deflated and we come across The London Museum of Film which was hosting this exhibition of James Bond cars, so I said let’s check it out.

“So when I was talking to David about a potential Bond tie-in I told him this story about the exhibition and he said it was coming to an end at some point, so I asked him what was happening to the cars? And now here we are, bringing them to the Austrian GP.

“So that’s where this started – with one very lofty goal and two other pretty disappointing goals. We think there is an amazing alignment between James Bond and F1 – the adventure, the speed and the mystique of it. Both are about glamour, celebrity, speed, heroism, and incredible locations, so we think there is a lot for fans to enjoy.

“Beyond that, we also have a fantastic relationship with Aston Martin thanks to its Red Bull partnership, and of course Aston Martin has an amazing association with the Bond franchise. We’ve have been talking to their marketing people about how we can activate around the next Bond Film.

“My entire career I’ve been much more lucky than good and it just so happens that the 1007th Grand Prix is at Silverstone! So we are linking up with Aston Martin and Red Bull to activate James Bond and the film at the Grand Prix in many different ways.”

Bratches insists that the idea for such marketing tie-ups is to increase fan engagement at the grand prix and give those coming at the venues more things to do apart from enjoying the racing activities. One of the biggest draw-in has been celebrity concerts.

Apart from the Bond exhibition, F1 also announced a charity golf match in the lead-up to the US GP. The ‘Grid to Green’ match will be hosted in conjunction with GOLF Magazine, with the proceeds to go to world’s leading breast cancer organisation, Susan G. Komen.