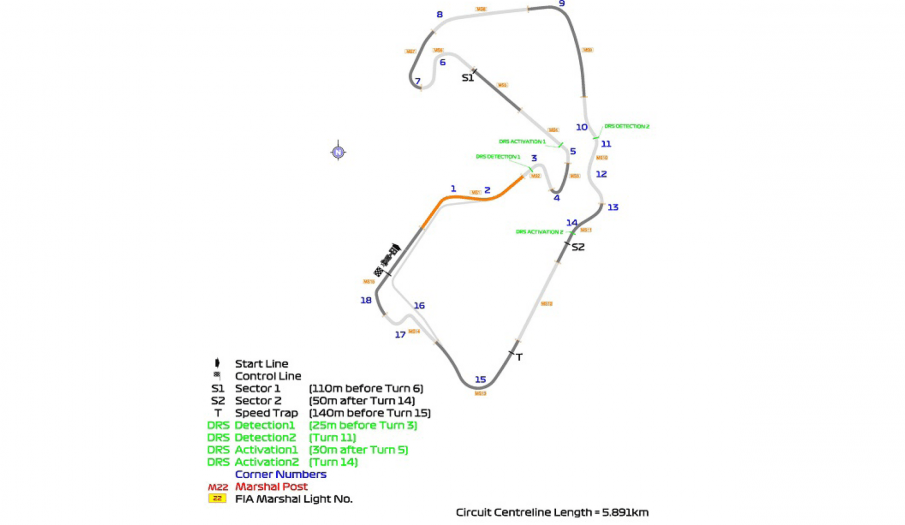 The FIA has released details about the changes at Silverstone for the F1 British GP as the controversial pit straight DRS zone has been removed.

The preview for the 2019 F1 British GP by the FIA has confirmed about the changes made at Silverstone for this weekend’s race, which includes a big change of the removal of the pit straight DRS zone, which caused few big crashes in the 2018 event.

The speed at which the drivers came through at the corner was immense as it led to few heavy crashes, right from the practice sessions. Several drivers voiced their opinion and were largely against it – the FIA has since decided to remove it from this year’s race.

Meanwhile, as known, the whole Silverstone circuit has been re-surfaced pre-dominantly to ease with the water-logging issues it faced during the 2018 MotoGP race. In addition, the surface has been smoothened as well, after complaints regarding bumps.

In other changes, the gravel trap at Turn 7 has been increased, so it is now closer to the back of the kerb and a double width FIA/FIM kerb is to be installed behind the existing kerb at Turn 17, to contain track limits abuse from the F1 and or the MotoGP riders.

Also, the three stewards for the 2019 British GP were revealed with Garry Connelly being joined in by Felix Holter – FIA Stewards panel member and Chairman of Stewards for DTM – and former F1 racer and Formula E steward, Vitantonio Liuzzi.