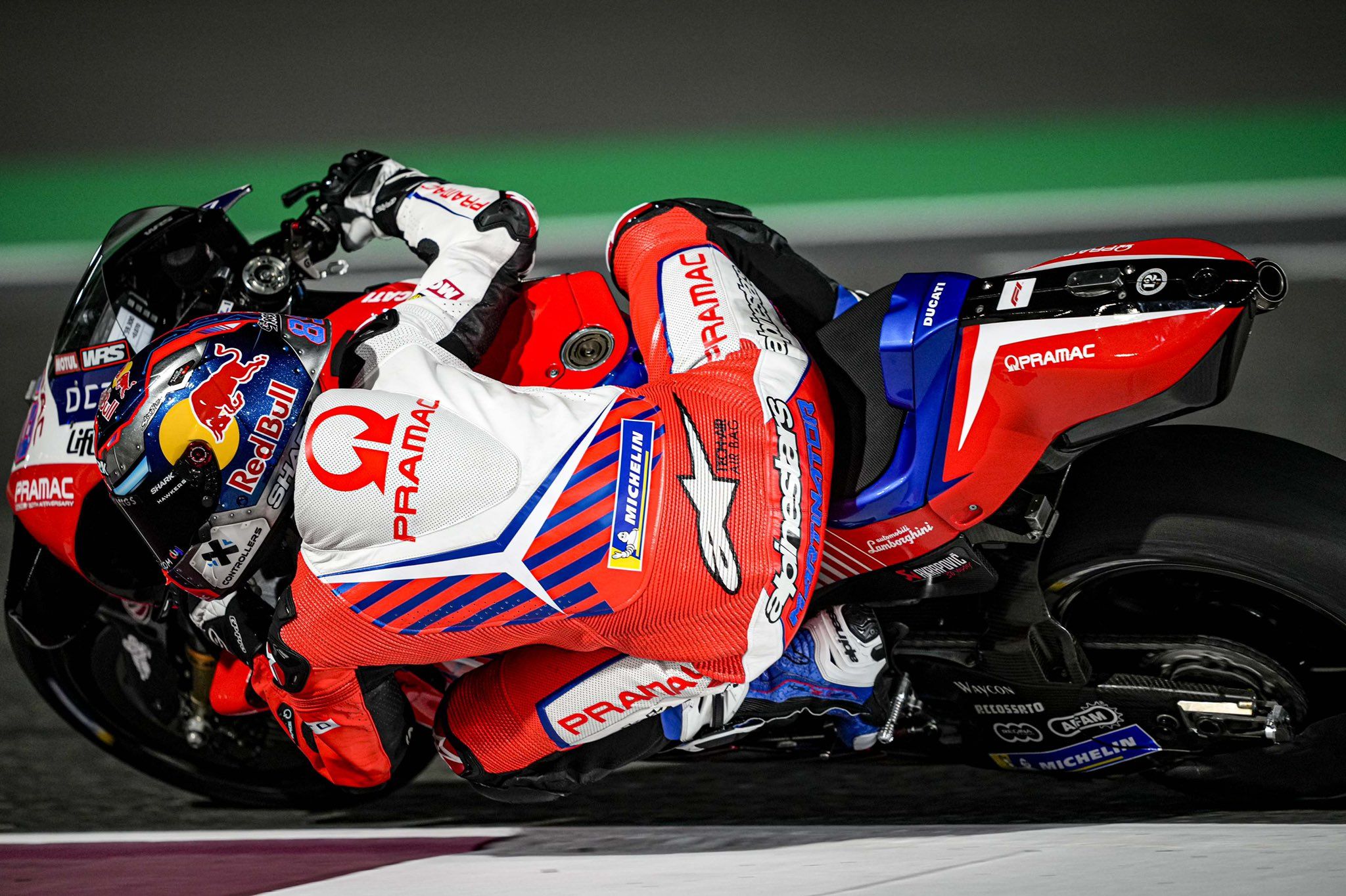 While the weather played spoilsport to curtail the running at Qatar’s Losail circuit in shakedown test for MotoGP, but there was enough running to raise some eyebrows at the end of the day, especially from the photos uploaded by Italian outfit Pramac.

MotoGP rookie Jorge Martin was the only one running in the shakedown test, with teammate Johann Zarco joining him on Saturday for proper testing to begin. The photos of the former had a special logo on the rear of the Ducati machinery.

It was the ‘F1’ sticker, very prominent on the rear. It surprised many to see the Formula 1 logo on a MotoGP bike, but as per Motorsport Network, it was found out that Pramac has put it on, on the request of Stefano Domenicali – the team confirmed it as well.

Domenicali was with Lamborghini prior to his new role at F1 and the Italian manufacturer is a sponsor of Pramac MotoGP outfit. The car company’s logo can be seen on rear just above the sport’s logo, as well as, the sides of the Desmosedici GP.

Interestingly, the launch photos seemingly did not have the F1 logo and Pramac did not share any top shot of the bikes as well. The results of the satellite Italian outfit has risen in current times with several podium finishes and even MotoGP race wins.

Here’s some photos with the F1 logo: 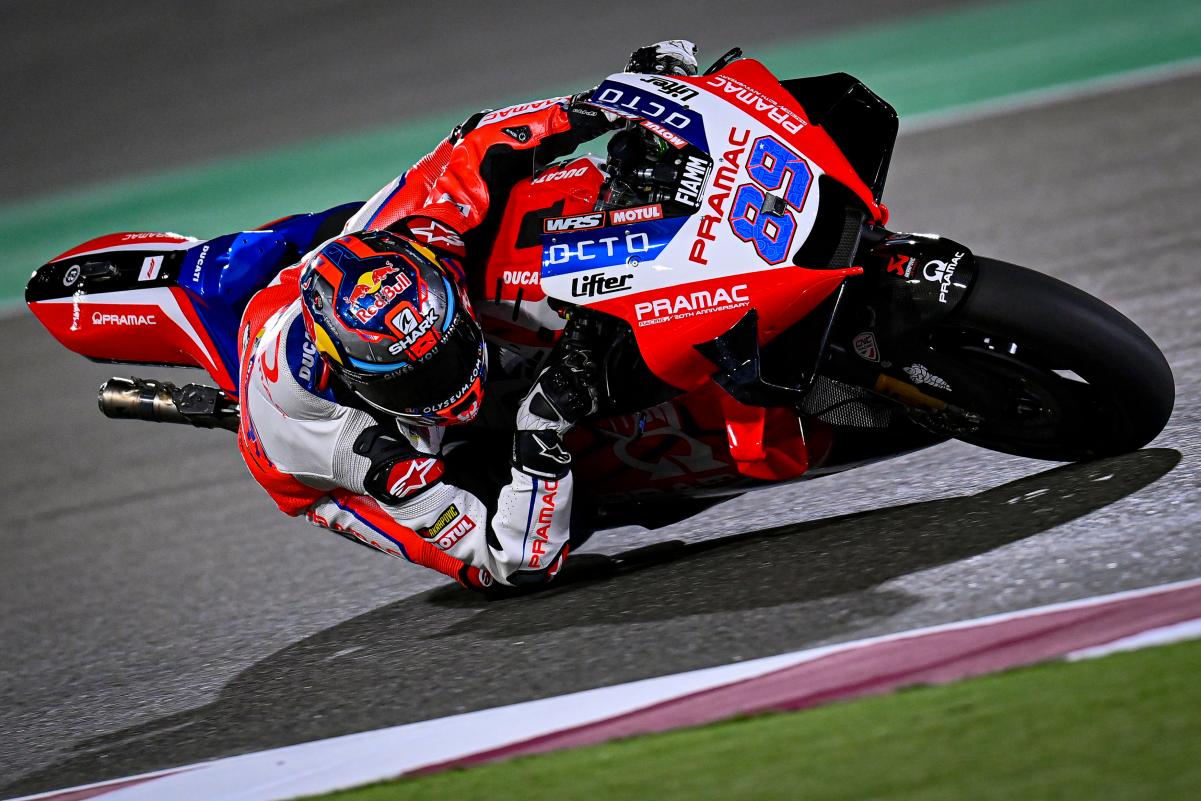 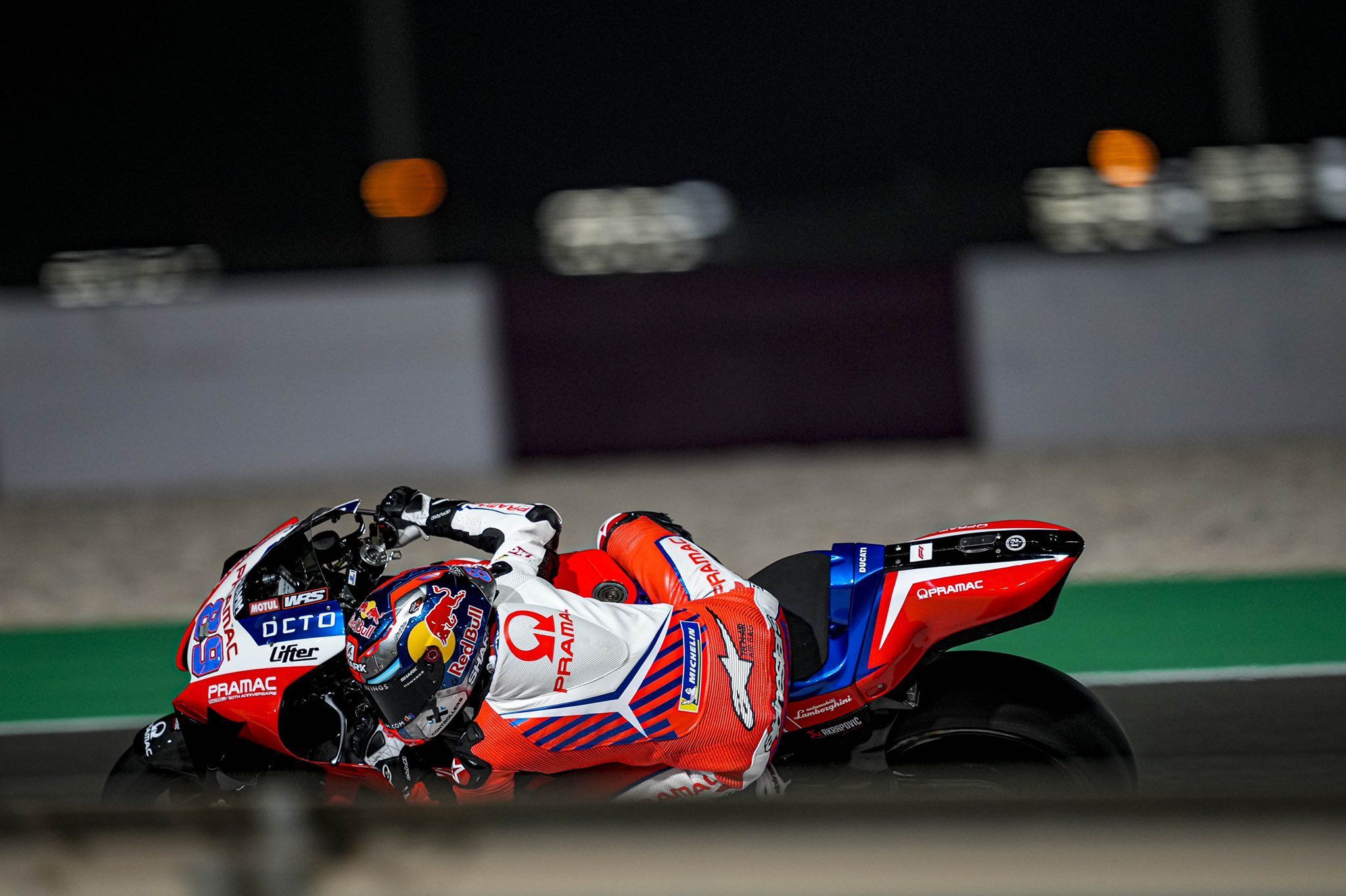 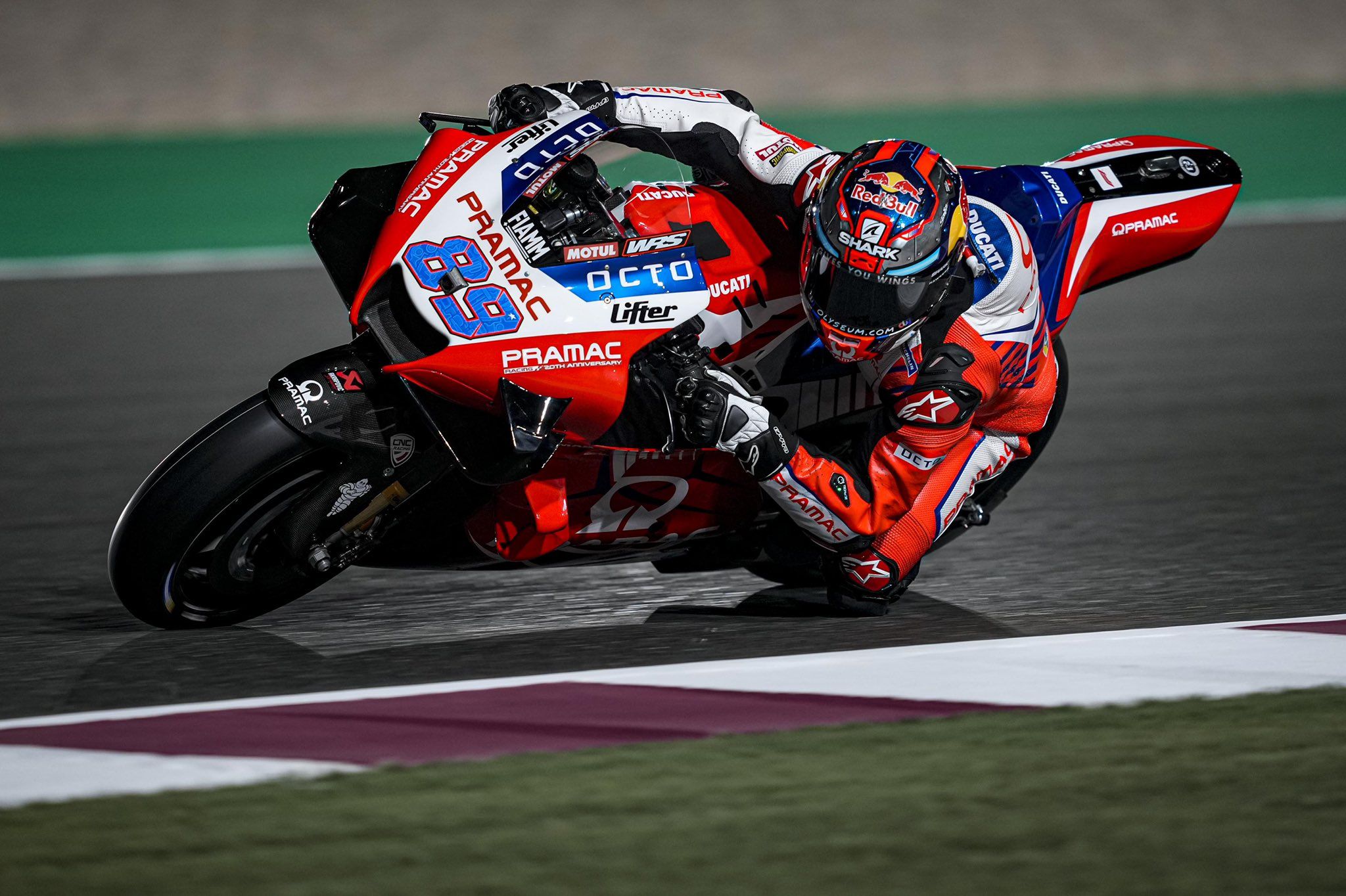 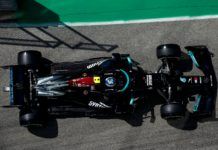