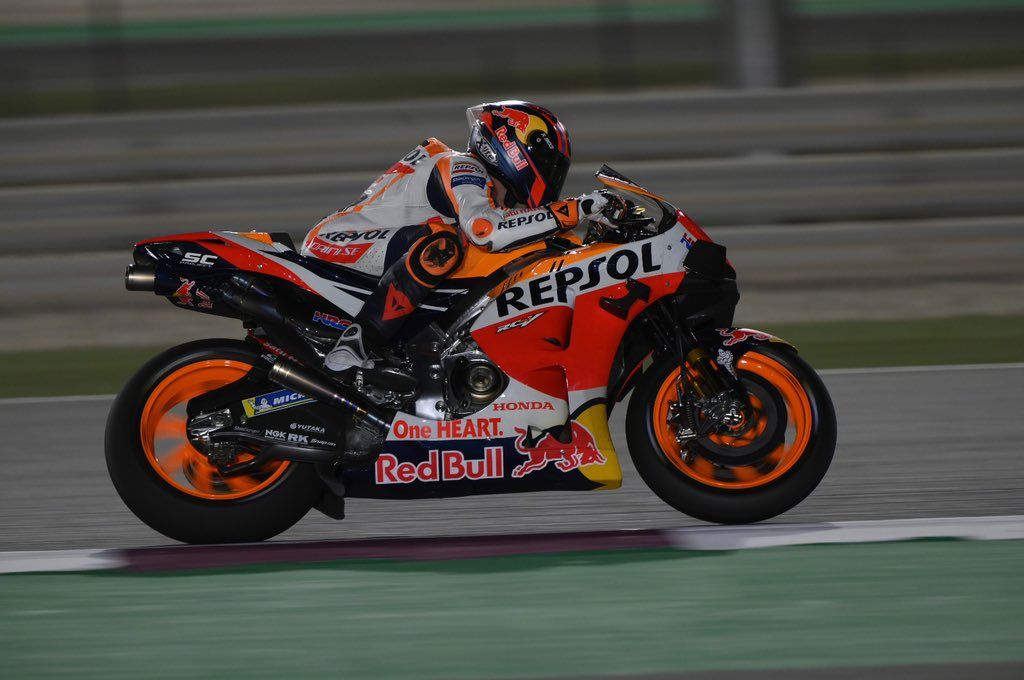 The 2021 MotoGP season kicked-off the proceedings at Losail International Circuit in Qatar, with a shakedown test run with the factory team’s reserve riders and also the rookies. The running was limited all-day long as the windy weather didn’t allow any fruitful time.

Honda’s Bradl set the pace eventually with a 1m55.614s time ahead of Yamaha’s Test Rider 2. Third was the second Yamaha of Test Rider 1, who improved very late in the day to displace 2021 MotoGP rookie Enea Bastianini abode the Avintia Ducati.

Bastianini almost missed track time after a COVID-19 scare ahead of the Qatar MotoGP test, but it was a false positive. Ducati’s Michele Pirro slotted in fifth ahead Yamaha’s Test Rider 3. Behind the Japanese was another MotoGP rookie pairing.

Newly confirmed Aprilia’s Lorenzo Savadori ended up seventh with Avintia Sky VR46’s Luca Marini finishing eighth – the latter getting his first taste of Ducati. With all the praise for his work last year, Suzuki’s Sylvain Guintoli was ninth.

The Top 10 was rounded out by MotoGP rookie Jorge Martin abode the Pramac Ducati, as the KTM’s Dani Pedrosa was pushed to 11th, with Suzuki’s Takuya Tsuda rounding out the 12 runners – the former, though, had a late crash in the session.

Looking at the times of Yamaha, it was hard to tell which rider set the fastest time as it had Cal Crutchlow, Katsuyuki Nakasuga and Kohta Nozane sharing the M1, with little idea of who was riding at what juncture of the session.