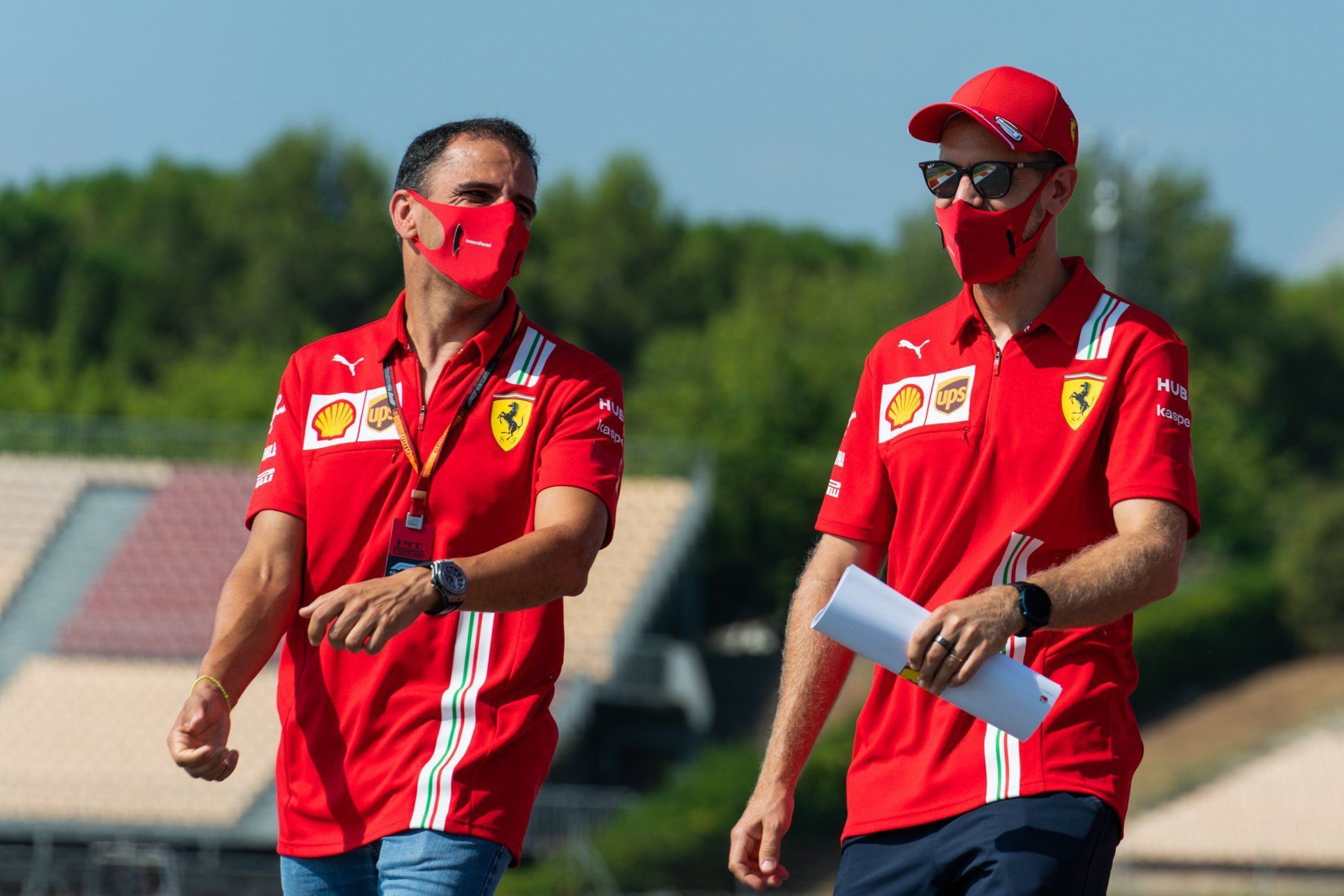 Sergio Perez has hit on the stories related to his travel to Mexico as he hints on a secured future, while Sebastian Vettel is not leaving Ferrari mid-2020 F1 season.

A COVID-19 negative Racing Point’s Perez return to the F1 paddock in Barcelona for the Spanish GP and was immediately put onto task to answer some burning questions from the media. The Mexican first clarified his travels to Mexico to see his injured mother.

Between then and now, multiple stories have surfaced that Perez traveled to Mexico to see his sponsors to save his Racing Point F1 seat amid Vettel rumours, while some also added that he spent some time for holiday where he mingled with fans too.

Speaking to F1 website, Perez put down all of those stories. “It was very unprofessional,” he said. “It’s a total lie. I went to Mexico for two days to see my Mum, with all the precautions in place. I took care of everything. I followed all the guidelines.

“When I was in quarantine, I saw everything. I saw people saying I was taking selfies with a lot of people, and I made up the story about my Mum. So much bullshit, and so disrespectful. So many people here in Formula 1 tend to think we are bulletproof to the virus, and that is not the case.

“We are all very vulnerable to this, We have to take care of it. I have done nothing differently to anyone in this paddock, I took all the precautions, and it just happened to me. It happened to another friend in another team while I was in quarantine, he said: ‘Look, I tested positive too’. It can just happen to anyone.

“But what kind of happened, if tomorrow there is someone else infected, people just make up stories instead of being worried about their health.” The Mexican added that it was difficult to digest that he tested positive despite having taken all the precautions.

He stayed in a motorhome in Milton Keynes as the symptoms he had was mostly headache and tiredness. Speaking about his future, Perez hinted on a secured future to media including Racefans.net, Motorsport Network, BBC, Reuters and more.

“With the rumours of Sebastian, I think there’s nothing I can do,” said Perez. What I’ve heard from the team is that we all want to keep going, to continue. So I believe it’s just a matter of time before those rumours can go away.

“And no [I have not spoken to any other team]. Not really, given that my position with the team looks quite secure, and that’s the feeling that I’ve been getting. We are fully on this package, and we want to continue as well.

“As for Vettel traveling with Szafnauer and elbowing Stroll, I think about Otmar, he’s a very proud Ferrari owner! What do I make of it? Nothing. I think everyone is free to do what they want, especially outside the racing, and between the elbow with Lawrence, nothing really to say. I don’t make anything of it,” summed up Perez.

The speculations is strong that Vettel already has a principal deal with to-be Aston Martin and the announcement was held off due to positive for Perez. But the latest statement from the Mexican takes a different route as the German did not wish to add more.

“I don’t agree with the statement [of tensed environment], I think we are trying to do everything we can and it is never relaxed if things don’t go your way or they go wrong so naturally I think if you judge the emotions right after the race or during the race I don’t think that is a fair reflection of what is going on so hence why I tend to disagree,” said Vettel.

“I didn’t have a great race and we tried to come back up and could have opted for a different strategy but we didn’t so we’ve talking about it, sorted it out and moved on so there is not much different in terms of climate compared to the week before or the week before that.

“I don’t think so [I am leaving Ferrari before 2020 ends]. We haven’t even considered or spoken about it. I guess it’s not just a question for myself. But I know what I’m capable of, I know the job that I can do. At the moment, it’s not been the cleanest run, but yeah, I’m sure if things calm down, and I get a decent chance, then I’ll use it.

“As for 2020 being my toughest season? No, it has only been four races for me, so obviously one was very short, but there were five starts and four races. I think in Austria I don’t know, I think we didn’t get a great start so I don’t think it is fair to label seasons or races. I know a lot of people tend to say this was my best race or worst race or best performance or worst performance ever.

“I think it is quite difficult to make that statement because there has been so many races. But certainly the last race wasn’t my best, that I can say, but whatever the situation is I am sure that I trust the people around me and the guys working on my car so I think we are all trying to have a smoother race so once we have – I also think the last races in terms of where we were racing and what went smooth – it was very different across the garage as I think Charles was in a better position in the race which he earned over qualifying.

“I struggled because of a lack of confidence and that confidence is a lack of grip so it is not just that you feel uncomfortable driving the car, when it is coming from somewhere. So we are still trying to understand where exactly it comes from but at the same time we have to make progress, move on and tackle it again here,” summed up Vettel.