Home F1 Vettel, Binotto in disagreement over gravity of strategic mistakes in F1 70 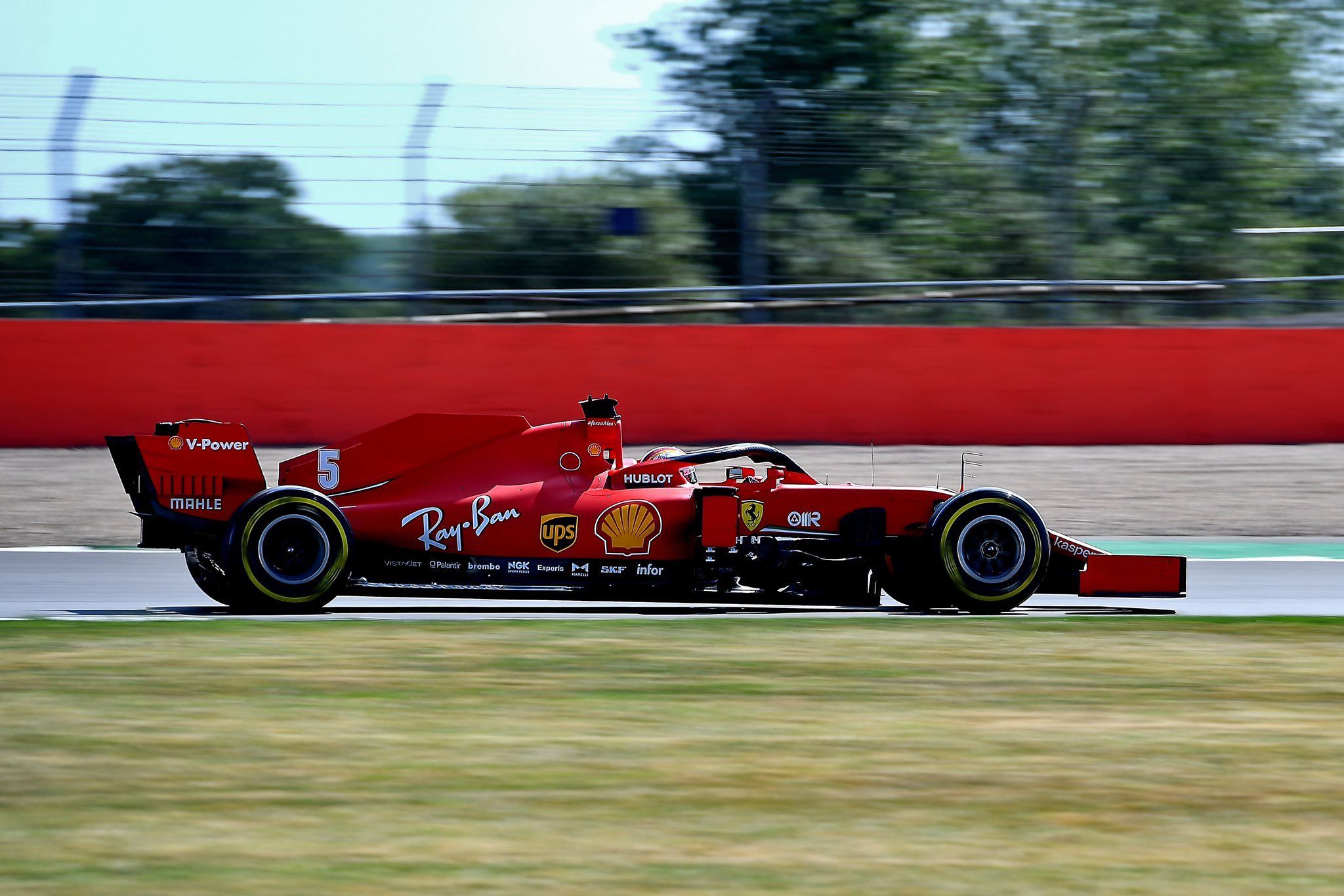 Sebastian Vettel and Ferrari principal Mattia Binotto are at loggerheads over who is more at fault for their disappointing F1 70th Anniversary race.

There are only few words to adequately describe the current climate at Ferrari, but if one had to be chosen, inhospitable would be firmly in contention, the relationship between the Italian F1 outfit and Vettel itself growing frostier day by day.

Throughout 2019, there appeared to be a healthy relationship between the two collaborating parties, but during the extensive F1 off-season, it was learned that the two would not be continuing their partnership through 2021.

Later, it would come out that Vettel was never even offered a contractual extension. This seeming rift was cause for concern among some, who feared that an inharmonious season lied ahead between the two, who knew of their divorce before even the first Grand Prix.

And now, it appears that this inharmony is coming to light, perhaps exacerbated by the lack of performance of their 2020 challenger, the SF1000.  The latest incident between the pairing comes after a dramatic F1 70th Anniversary GP at Silverstone.

Vettel ended up 12th with teammate Charles Leclerc fourth. The German blamed a strategy that he deemed nonsensical for his poor result, but Binotto viewed his poor finishing position as a byproduct of the German’s bizarre spin early on in the race, though he was still somewhat defensive of his driver in the public eye.

“I don’t think Sebastian has lost faith,” started Binotto to Sky Sports Italia. “He is going through a difficult time in qualifying and the last two races where he hasn’t found confidence in the car. Here, he spun putting his wheels on the kerb, and his race was uphill.

“I honestly think there is little to say about strategies. We were early perhaps by a few laps with the call that made him lose the position to [Kimi] Raikkonen. However, we knew he would recover without losing time. It allowed Charles [Leclerc] to continue his comeback.

“Overall, it was the right choice for the team and we don’t think we penalised Sebastian. He regained the position immediately on Kimi, he wouldn’t have been able to do an overcut on [Daniil] Kvyat, because he was going as fast as he was at that time, and then he undercut [Carlos] Sainz.

“His race was compromised at the start, and I think that was the key, not the strategy chosen,” summed up Binotto. Vettel’s highly critical radio messages about the strategy chosen, and the timing of their pit stop were indicative of his feeling in the cockpit, as was his silence when he was first talked to by the team over the radio after the chequered flag.

To add to the frustration, Vettel had warned about pitting for the hard tyres when they did, but his warnings fell on deaf ears. “We spoke this morning that there was no point in pitting knowing that we will run into traffic, yet that’s exactly what we did, and also on the hard tyre, which we had on for 10 laps – not even that, it didn’t make any sense,” angered Vettel told Sky Sports F1 post-race.

“Why would you put the hards on for ten laps and then put the mediums on for 20. I was running out of tires towards the end. So we spoke about exactly that and I guess it’s not the best work we could have done.” Vettel did accept fault in his admission that his spin cost them, saying that clean races were likely the largest differentiator between himself and his teammate.

Some photos post-race suggested that Vettel ran over a sausage kerb which led him to spin and nearly crash into his replacement Carlos Sainz. He did not entertain the idea that there were not equal opportunities in the team, as some have suggested might be the case.

“Something is there that I’m missing,” said Vettel. “I don’t know what it is. Nevertheless, I try to get out of bed and do as best I can. We could have been higher up, on my side obviously I had a spin. I don’t quite know what happened there, and with a better strategy we could have recovered better, but I think the main difference is that we don’t have clean races from where we start, and he’s had a couple of clean races so far.”