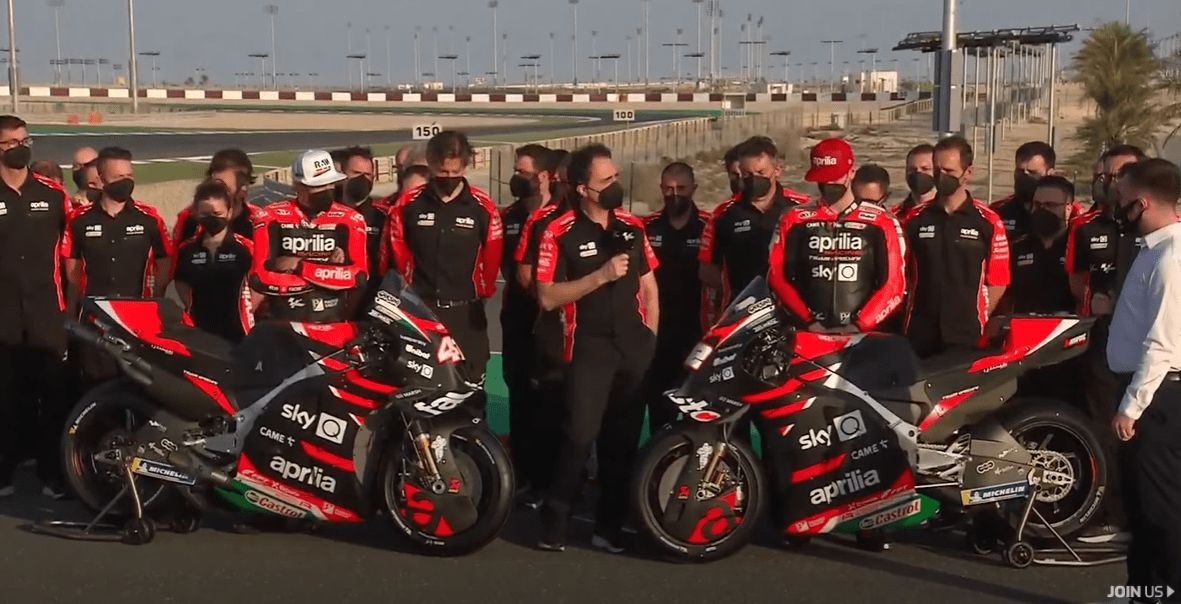 Aprilia unveiled its 2021 MotoGP livery from Losail Circuit ahead of Qatar pre-season test, alongside its riders Aleix Espargaro and Lorenzo Savadori.

It was an emotional start to the launch event of Aprilia from Qatar as they remembered Fausto Gresini, who sadly passed away last month. They confirmed their MotoGP riders as Espargaro and Savadori, with Bradly Smith not making the cut.

The RS-GP had some changes from 2020 as Aprilia looks to make a step up in the competitive MotoGP standings. From livery point of view, the base corporate colours didn’t change with the combination of black, red and yellow in matte finish.

Upon the reveal, Espargaro said: “It may seem trite, but I am always emotional at the start of a new season. I’m about to begin my fifth with Aprilia, a team that has by now become my second family. In fact, I can’t wait to get back to work with them. The first contact with the new RS-GP was positive.

“The guys worked hard over the winter, but we still have a long way to go. We have a demanding and very busy championship ahead, where physical and mental fitness will need to be at top levels. I’m more prepared than ever.”

His new teammate Savadori, stated: “I would be remiss not to thank Aprilia for this great opportunity. I know that I have a lot to learn. It is a demanding category and still new for me. The tests and races last year gave me a chance to begin building confidence with this bike and with these tyres, but it is just a starting point with wide margins for improvement.

“I’ll try to transform the pain generated by the passing of Fausto, a person who believed very much in me, into positive energy. His determination and the things he taught me will accompany me in this new stage of my career.”

Aprila team boss Massio Rivola, added: “In first stage of the championship, we do not want to look at the others, but just at ourselves, strengthening our undoubtedly positive trend. Aleix will have an extremely important job, leading the team and not being distracted by the frenzy of immediate results.

“Consistency and hard work will give him the satisfaction he deserves. Lorenzo will need to grow and learn a lot, beginning with the circuits. An extraordinary talent scout like Fausto believed very much in him, so I am confident that he will give his all to repay that trust. The team is solid, ambitious and realistic. Everyone knows that the only way to keep growing is to stay the course, taking Aprilia to the point of battling for the positions that count, even in MotoGP.” 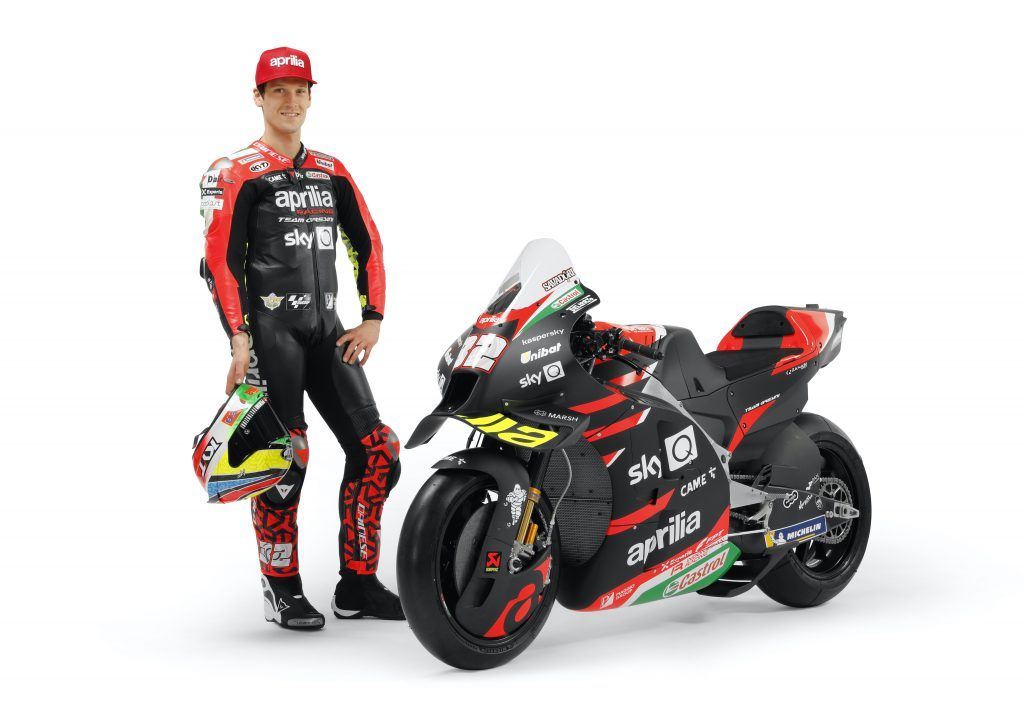 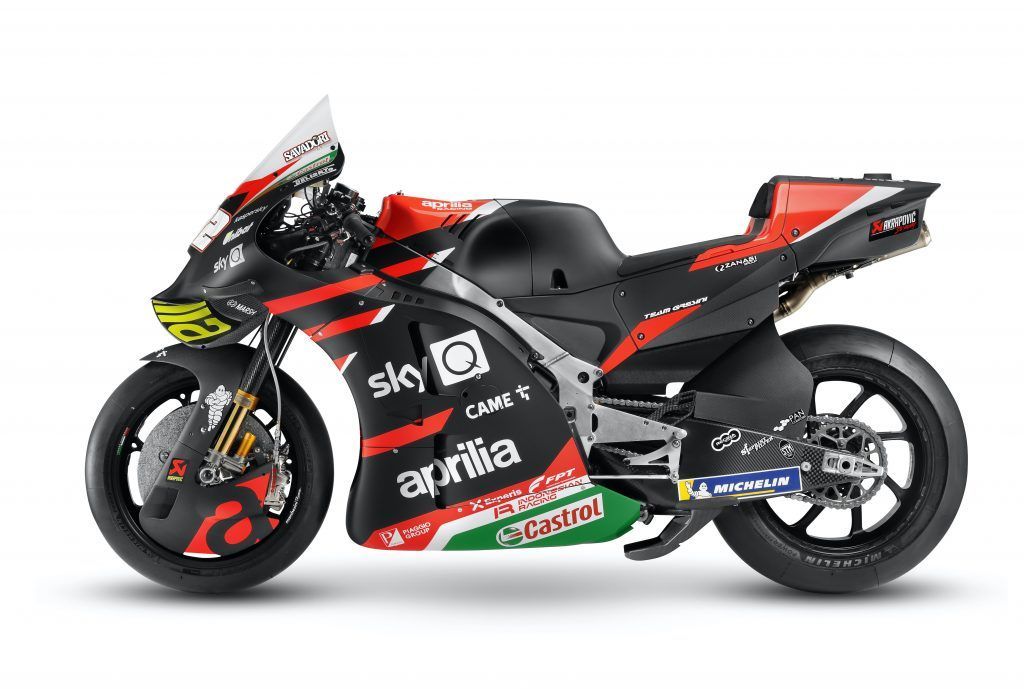 In another positive move, Dorna Sports signed an agreement for Hungary to host a MotoGP round from 2023 onward at a new venue in Debrecen.

A huge step towards a #MotoGP return to Hungary in 2023! 🇭🇺

Dorna Sports CEO Carmelo Ezpeleta has met József Pacza, the CEO of Kelet Magzarorszàg Versenypálya Kft, in Budapest to sign an agreement to host a Grand Prix in a new circuit close to Debrecen! pic.twitter.com/2koWNYOuaG