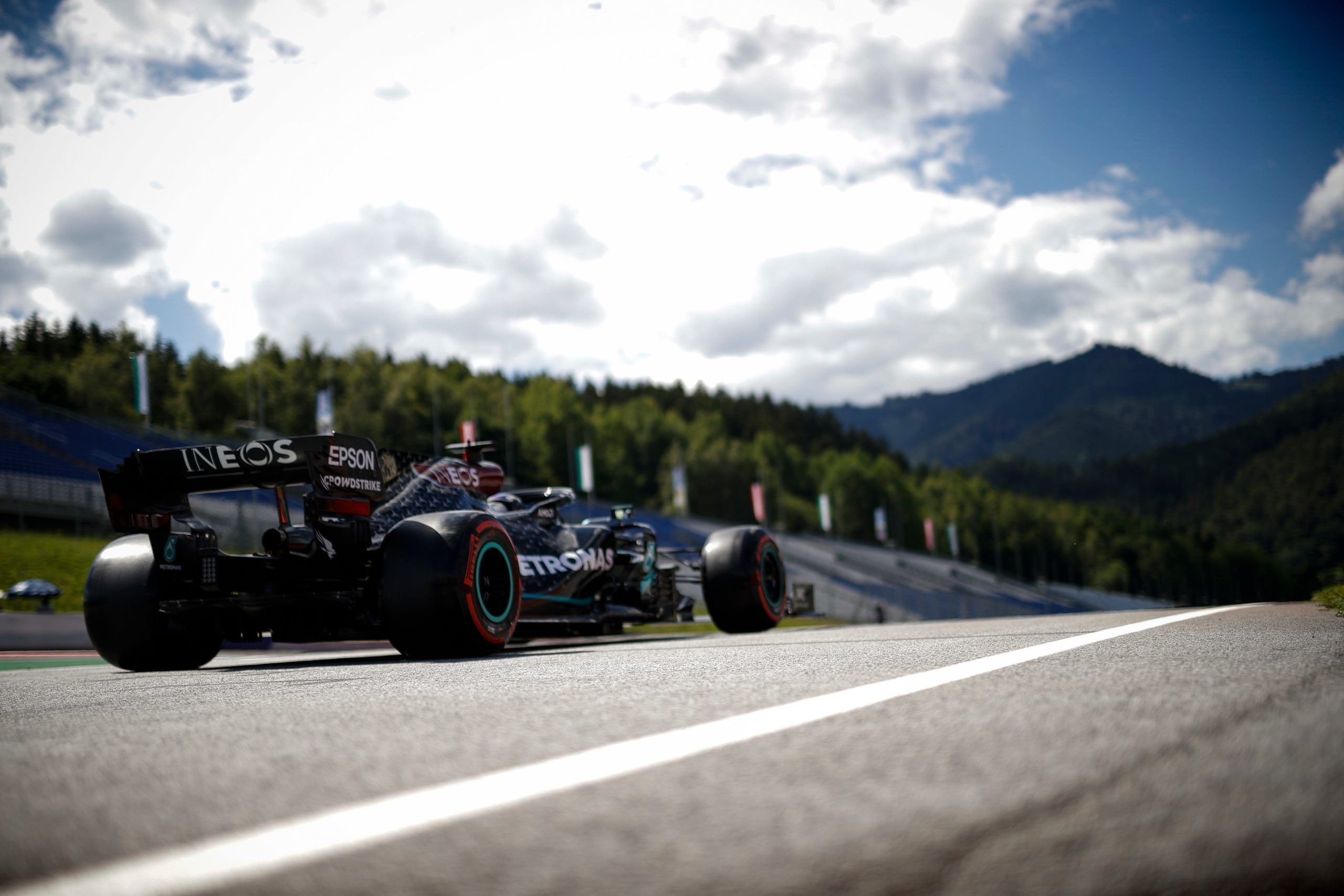 Toto Wolff reveals that Mercedes will have some new components to improve its reliability as James Vowles is back with the F1 weekend debrief video.

After the troubles Mercedes faced with the gearbox sensor in the first Austrian GP weekend, Wolff was confident of a solution for this weekend’s race at the same F1 venue. Customers teams Racing Point and Williams also had issues with one of their cars.

While it is not certain if the solution is a 100 percent success but Mercedes will have some new components to improve its reliability. “The result of the first race looks good on paper, but the reality is that we were fortunate to finish the race,” said Wolff.

“Reliability caused us real concern and it is something we are working on as our highest priority. In a shorter season with a yet to be determined number of races, every point counts, so we need to improve quickly on that front.

“Our main problems were with the electrical components of the gearbox, caused by the aggressive kerbs in Spielberg. We first noticed the issue on Friday and immediately started working on mitigations for the next races, both at the factory and at the track. We will run new components this weekend to improve the situation.

“Valtteri showed a strong performance last weekend, controlling the race and staying ahead at the safety car restarts. Lewis did a good job fighting through the field and was unfortunate with his five-second penalty; he will use the opportunity to set things straight when we return to the track.

“I’m looking forward to another race in Austria this weekend. It’s unique to be racing in my home country on consecutive weekends, and a testament to all the hard work that has gone into the new protocols that enable us to go racing.

“The first grand prix of the season was a real nail-biter which delivered to the fans who had to wait so long for F1 to restart. With just a few days between the two events, there are still plenty of unknowns – and I think we can expect another exciting race,” summed up Wolff.

Despite the troubles, Valtteri Bottas managed to get the lead in the 2020 F1 championship with a penalty to Lewis Hamilton, dropped him further back in the title fight. One good to come out from the weekend was no score from immediate rivals, the Red Bull drivers.

Elsewhere, Mercedes strategy director Vowled returned with the F1 team’s usual post-race debrief video, answering some key questions from the fans. Naturally, most of them were related to the issues the German team faced during the weekend.

Apart from that, Vowles noted that strategically, Mercedes made the right call with the double-stack, while they contemplated switching Bottas and Hamilton but a double yellow and the risk of passing/re-passing was too much in the end for such a move.

Vowles also answered if the Mercedes livery colour affects in car performance, as it changed to black from silver, while he ended the video by talking about racing at the same venue back-to-back and if the Dual Axis Steering (DAS) did the job which they hoped for.

Here’s the full video from Mercedes: