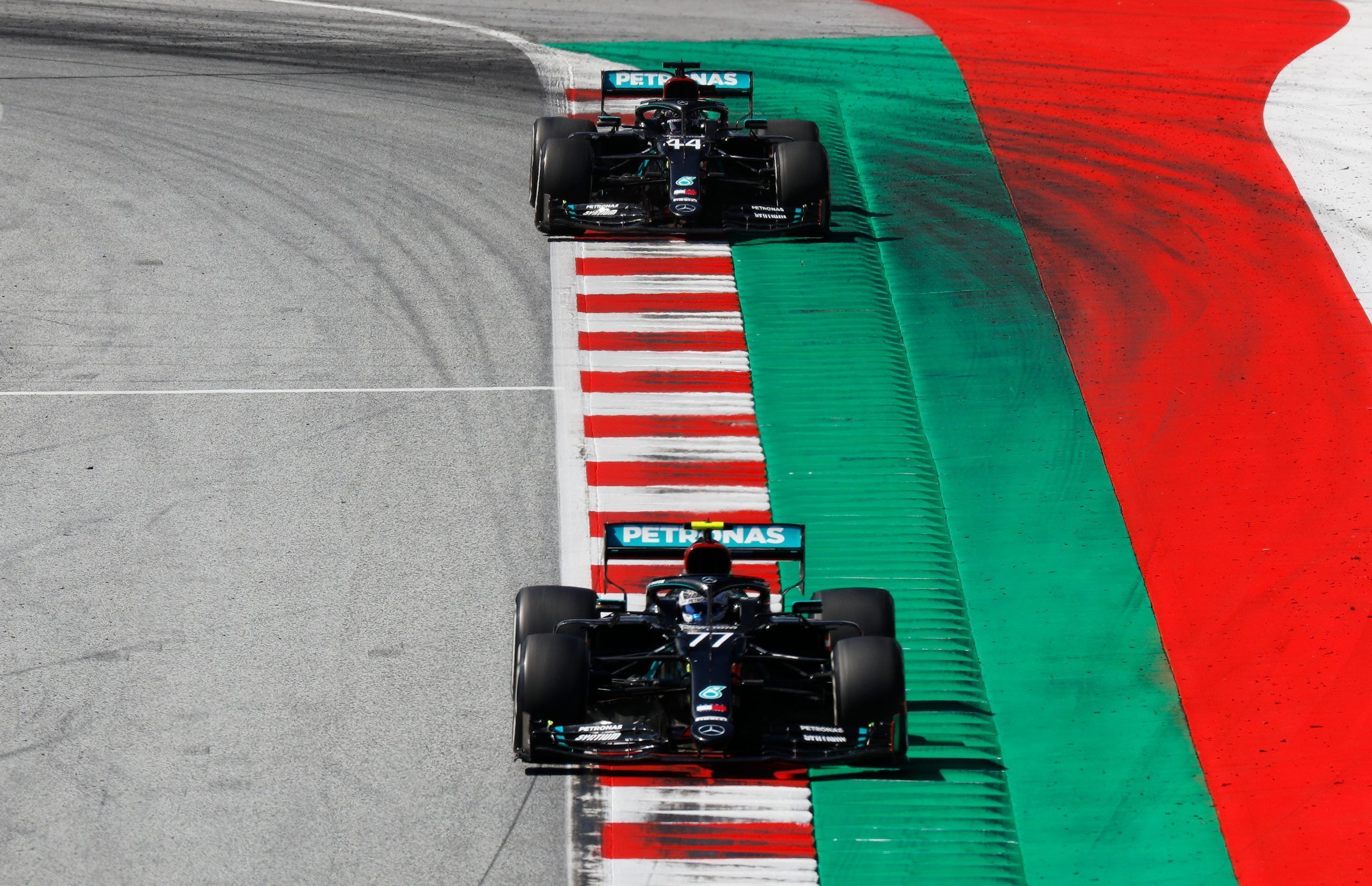 The new F1 Nation podcast started with Tom Clarkson and Alex Jacques discussing about the start of the 2020 season and their highlights from Austrian GP weekend. One of those was the extraordinary similarity between Martin and Alex Brundle’s voices on commentary.

They had their first guest then with former F1 racer Berger joining in. The Austrian spoke at length about the troubles within Ferrari, where he felt it isn’t the case that the team has more Italian engineers than English, because they have had success before as well.

Instead, Berger, reckoned that Mattia Binotto has been given charge of things which is difficult to handle all at once as he gave the example of the set-up of Mercedes and Red Bull Ring, where they have multiple leaders working together as one.

Berger talked about the fall of Sebastian Vettel and the reasons behind it. He feels that the German always needed the the team behind him for his success which he is not getting now, especially with the arrival of Charles Leclerc.

He praised Leclerc along with Lando Norris and Alexander Albon, where with the former they talked about the move in Austria against Lewis Hamilton. Berger felt the move was on as the Thai racer wanted to surprise the Brit as opposed to helping him be defensive.

They moved on with their second guest where Mercedes’ trackside engineering head Shovlin explained what went wrong their car. He explained that their troubles already started on Friday and despite temporary fixes, it was not fully done.

“On Friday you saw that Valtteri had an issue at the end of one of the sessions so that was first a sign that we had a problem, we’ve had recurrence issues over the course of Saturday and going into the race we were expecting it because it seems to be a feature of the model,” he said.

“So, at the moment if we build the car and run it this problem will appear at some point – it’s just a question of how soon. It’s not manifesting itself as one thing, no they are related it’s basically a build-up of electrical noise that starts to interfere with the various systems so with Valtteri we saw that halfway through the race, got progressively worse, with Lewis it appeared later. But it’s electrical noise that’s then affecting a lot of different things.

“Austria’s just a really horrible circuit for the F1 cars. Normally you start the season somewhere like Melbourne, and Melbourne’s a track where it’s very difficult to overtake, and when it’s difficult to overtake you can then afford to look after your car and people aren’t going to get by.

“This is a F1 circuit where it’s quite easy to overtake and as a result if you don’t use the kerbs, if you don’t push hard, you’re at risk. That’s one of the factors, but it’s the kerbs themselves that are very, very violent and you spend a lot of the lap running on them.

“For us, that was that issue and it probably doesn’t help that it’s nearly 30 degrees here, the air’s a bit thin so it’s hot, there isn’t as much cooling as you normally get, and all the temperatures inside the car are high.

“But every year this is a race of attrition and having it as the first race and then having two of them, one after the other because we think we can make some strides to improve some of our problems but others aren’t going to get better on the same track. So a lot of people you’ve got another dose of it coming up, so it’s a race against time to try and make a bit of headway into those complications,” summed up Shovlin.

Post this, the F1 Nation podcast ended with Seidl hailing McLaren and also Norris for the supreme performance in Austria. The German said that the credit goes to James Key and his team, who put in a lot of effort to improve the car from 2019.

Here’s the link of the F1 Nation podcast: https://podcasts.google.com/feed/aHR0cHM6Ly9hdWRpb2Jvb20uY29tL2NoYW5uZWxzLzUwMjQzOTYucnNz/episode/dGFnOmF1ZGlvYm9vbS5jb20sMjAyMC0wNy0wNjovcG9zdHMvNzYyNDQ4OQ?hl=en-IN&ved=2ahUKEwjCoIjcmL3qAhU_zDgGHZkaDf8QieUEegQICxAE&ep=6