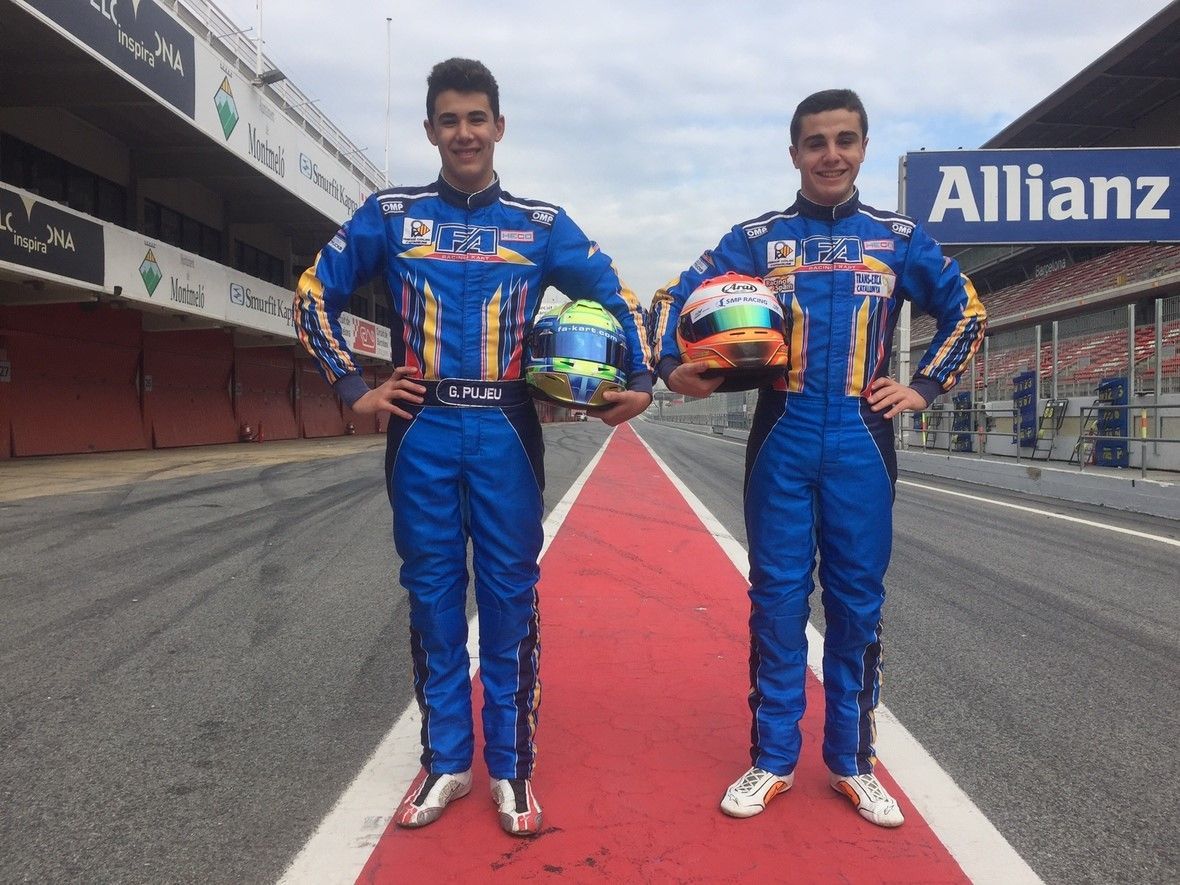 As 2016 season is coming to an end with the last days of winter testing on Circuit of Barcelona, the F4 Spanish Championship will welcome a new team for 2017.

FA Racing, Spanish team where names like Fernando Alonso, Carlos Sainz Junior or Jaime Alguesari started their karting career, will be joining the certified by FIA championship by next season with two drivers. After remarkable seasons in karting, the Catalunya-based squad has decided to step up in Formula cars and chose the F4 Spanish Championship for their new adventure.

«After our international success in karting, we decided to provide a support for the young drivers to continue growing in motorsport. Therefore it made sense for FA Racing to enter the F4 Spanish Championship certified by FIA, which is the best Series in Spain, and enable the young generation to climb up the ladder» – Genis Marco, FA Racing Team Manager

Xavier Lloveras who competed the maiden season of the F4 Spanish Championship and finished fourth in the general classification, will be the leader of the two-drivers’ team, as his teammate, Guillem Pujeu, a rookie with a strong karting backgroud, will benefit from Lloveras’ experience in the F4 Tatuus-Abarth car.

«I am delighted to join the F4 Spanish Championship for a second season. I had the feeling that I did not finish what I started, and 2017 will be the perfect opportunity to give my best and fight for the win. FA Racing being a new team, it will be a challenge we will embrace all together, and I hope that my previous experience in the series will benefit everyone», Xavier Lloveras

«I am very happy to be part of the F4 Spanish Championship with FA Racing in 2017. It is the best way to start in single-seaters after my karting carreer. I am training a lot and working as hard as I can to be prepared for the coming season. I am sure that I will learn a lot from my teammate, and it’s good that he already have the experience, so that we will be able to share it » Guillem Pujeu

FA Racing and its drivers will be going on with their winter testing program to get ready to kick off the season for the second year of the F4 Spanish Championship certified by FIA.