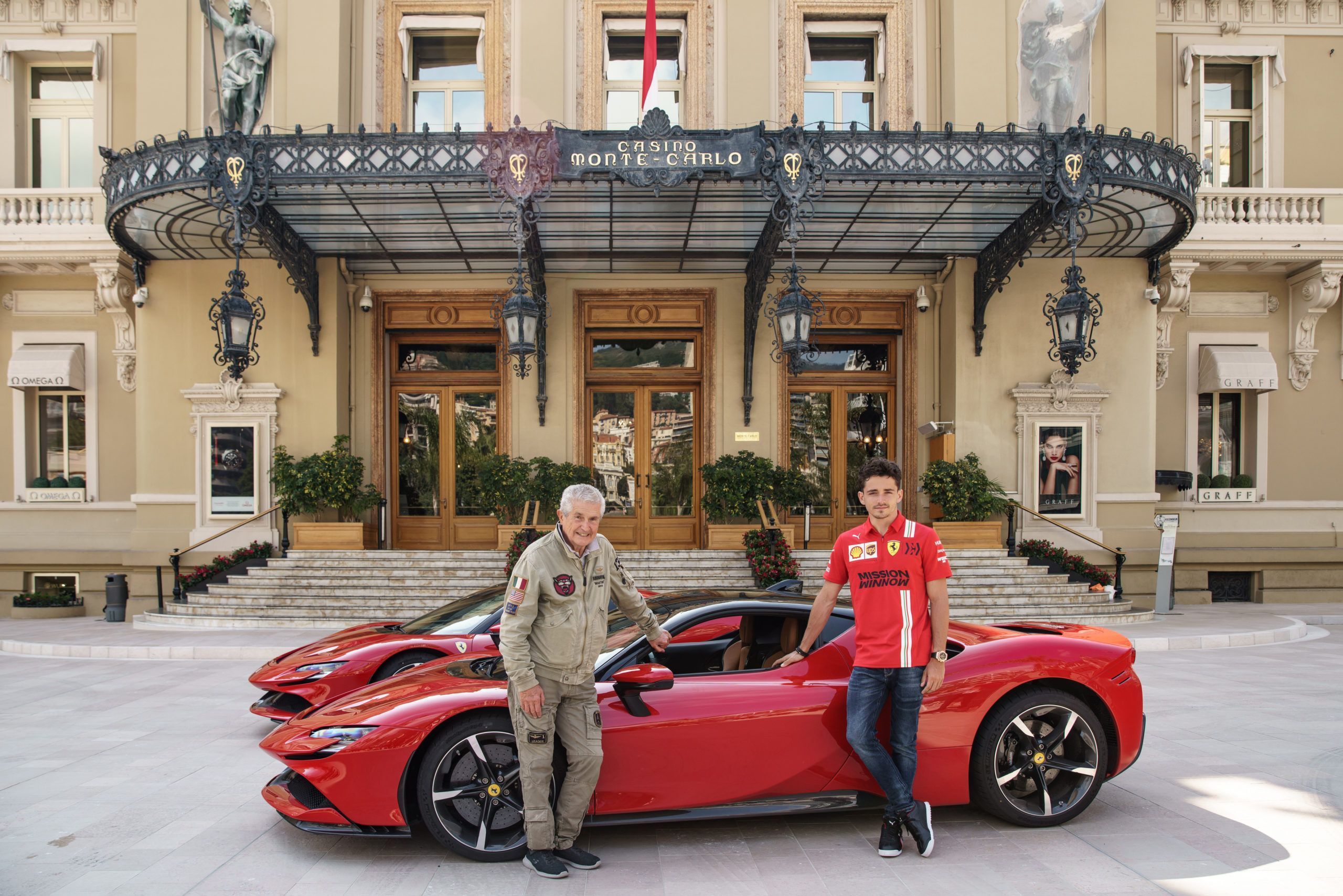 Ferrari’s Charles Leclerc has spoken about Sebastian Vettel and his departure along with Carlos Sainz’s arrival plus friendship through ESports, 2020 and 2021 F1 seasons and more.

One of the F1 drivers to get the largest amount of airtime in this COVID-19 pandemic period is most certainly Ferrari’s Leclerc. The Monegasque has set alight the internet via his Twitch platform, which was made famous by McLaren’s Lando Norris.

Whether it is his own fan following or Ferrari or even Vettel’s, Leclerc gets consistent high numbers, even bigger than long-time Twitch user Norris. Apart from the Brit, Red Bull Racing’s Max Verstappen used to stream but has done less so in this period.

Williams’ George Russell and Red Bull’s Alexander Albon along with Williams’ Nicholas Latifi have joined in but they are no match to Leclerc in terms of numbers. The Monegasque had a busy Sunday while shooting for Claude Lelouch’s ‘Le Grand Rendez-Vous’.

It was his first public appearance for Ferrari since the cancelled Australian GP. Since then a lot has changed, especially with Vettel leaving and Sainz joining from 2021 onward. Leclerc spoke with Gazette de Monaco at length about multiple topics.

Here’s all what they interacted about:

On Vettel’s departure and Sainz’s arrival –

Leclerc: “I was a little spectator in all the movement. Mattia called me the day before the announcements. As I always said, I respect their decisions. In the end, it’s up to them to make choices and not me. I focus on what I have to do.

“Vettel helped me enormously. Again, this is Ferrari’s decision. I was happy with Seb, he had a lot of experience and I learned a lot from him. It’s going to be different with Carlos. He’s a young man, he wants to do well and it will be beautiful to see.

“I think he can annoy me as he will be very fast. Personally I will not feel like team leader in 2021. I really think that Carlos is a very big driver. I think he will prove it again, as he has done in the past.

“It’s not as obvious as it should be, since he currently has a slightly less competitive car, but he’s going to be very fast. I think it will be a great challenge for me, like every time we discover a new teammate.”

On ESports showcasing friendship, real self –

Leclerc: “ESports is more to try to have fun and give something that looks like F1 to the fans, even if it’s not the same as reality. This is the closest thing in a situation like this. On top of that, it’s always good to drive, even if it’s just virtual.

“I don’t really play a role on Twitch, it’s just me. I like it a lot, because it allows people to discover the real Charles. When I am in interview mode on the circuits, I am very serious. At home, I am also a normal person of 22-years.

“And that side may be more visible when I play at home. I don’t know if this can be a retraining and if I will go that far. For the moment I am fully focused on my F1 career. When I have time, I will continue to do what I am doing now and do some streams.

“But for now, I’m not thinking about the post-career. Regarding friendship with Norris, Russell and Albon, it has always been like that. Except that it was more in private before, so it was not necessarily seen from the outside.

“By playing and streaming all together, people got a glimpse of the connections between each other. We have all known each other since very young, we grew up together. We are linked and we are also friends.”

Leclerc: “I think that like for all drivers, it will not be easy to return straightaway. Even if we all trained as never during confinement, a muscle like that of the neck for example, it is a muscle that we only use when we are driving.

“You can do as many exercises as you want at home, it will never be the same as driving in an F1. I expect it to be quite complicated when we resume, especially at the neck. Quite honestly, I miss it so much that I just think about getting into the bucket of my F1.

“It is sure that it is a long period, without activity. It is the first time in my life that I have not been involved in motorsport for three months now, or even four if this situation continues. It’s starting to be a bit long. It will be interesting to see at the start how the drivers will behave in the first race after such a long waiting time.”