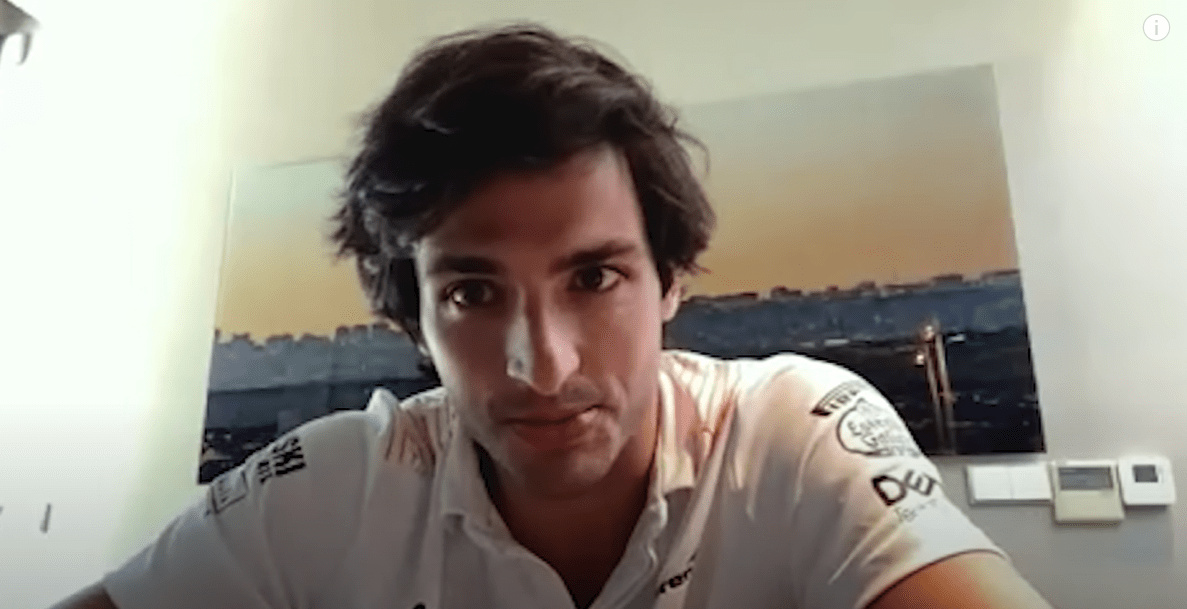 Carlos Sainz has opened up on his time with McLaren, F1 future with Ferrari and how it all happened, working with Lando Norris and Charles Leclerc and more.

In the last week and a half, no F1 driver has had his name plastered onto the headlines more so than Sainz, owing to the fact that the Spaniard signed with Ferrari last Thursday following Sebastian Vettel’s departure from the motorsport giant’s operation.

So when he appeared on a Youtube interview with F1.com’s Will Buxton, it wouldn’t have taken Bruce Banner’s countless PhD’s to deduce that the odds of the Ferrari deal being the center of conversation were very high – so high, in fact, that it came to fruition.

First, the young Ferrari driver to-be discussed how his current bosses – McLaren head Zak Brown, and team principal Andreas Seidl – took the news. Throughout his year at the team in 2019, it had appeared that Sainz would play a key role in the team’s resurgence, and so understandably the two were sad to see their star-in-the-making go.

However, they were equally understanding, by Sainz’ own admission. “You need to understand that us drivers are under very strict contract situations, and the moment I felt that there was an interest from Ferrari in hiring me for 2021, I went straight to Zak to talk to him,” noted the Spaniard.

“He had positive feedback, and he said ‘Okay, this opportunity is coming for you, we’ll let you talk to Ferrari, and let’s stay in touch to see how everything develops’. We had a very open relationship. We’ve always had that, but since at that point we decided to go a very way mutually in terms of everything that goes on behind the scenes.

“McLaren were disappointed and understanding, but at the same time they were looking for a replacement for the team. They needed to have clarity from me in case they needed to find a replacement [for me], and immediately they told me, ‘Carlos, please let us know if this is a serious thing because we need to know – we cannot be left behind, and if we are going to go into a market we need to know as soon as possible.’

“And at that point we were all a bit rushed, trying to make the decisions as quickly as possible for the benefit of everyone involved, and they’re reaction, very simple: they were happy for me. They congratulated me, they were happy, and they said, ‘look, Carlos you deserve it and I’m sure you’ll do great there.’ That confidence boost was nice to hear from my bosses,” summed up Sainz.

The Spaniard revealed about family celebration when the deal was finally done. As for the timeframe of the above events, Sainz was hesitant to pinpoint a date at which these discussions began, but he did note that he and Ferrari have been in talks since the winter of 2019, presumably just after the F1 season had drawn to a close.

From the outside, the announcement of the Vettel/Ferrari split and the Sainz/Ferrari marriage coming in such quick succession gave off the impression that a deal was hastily struck between the two parties. However, the comments from Brown and Sainz indicate that this was not the case and that rather this deal was a long time in the making.

This is in line with reports from some in the industry, who have also said that the two have been in talks for some time. This also gives more credit to rumors suggesting that Vettel was never offered a proper contract extension. “I’m not going to give you an exact date, but I’m going to tell you, winter between 2019 and 2020,” said Sainz.

“And believe me, the minute I heard that [Ferrari were interested], I asked permission to Zak to go on and talk to them in a more serious way. Without knowing what Zak’s reaction was going to be, he immediately came to me and said, ‘Look, it’s an opportunity. Go and talk to them and see what it’s about.’

“It was very strange, my team including my dad and manager took the lead but I was on the phone with Mattia every now and then, and also on the phone with Zak and Andreas. For me the key takeaway from this has been the clarity and openness from all involved to make this happen and have not just any awkward moment to create a bad situation. That makes me proud and the way it has been done, makes me feel very happy as well.”

While we may never know what precisely went on behind the scenes or even the finances of the deal, we do know the end result of the discussions: a two-year contract that binds Sainz and Ferrari through 2021 and 2022. The Spaniard will now be spending more time at Maranello as he feels the team has got a hardworking driver whose life revolves around talking F1 and creating a team around him with a good atmosphere.

With Leclerc also on a long-term contract, this means that Sainz will be partnering the Monegasque in both of the years he is contracted. And, luckily for both the pair of them and Ferrari itself, the two already have a solid relationship to work from.

“I spend a lot of time with Charles in the driver parade. He’s one of those guys that I have probably a bit more of a relationship with, and the guy that you seek out for a quick conversation in the driver’s parade before a race,” said Sainz, who also acknowledged that some fierce competition could change this relationship status from healthy to just the opposite.

“Also, he didn’t used to be one of my main competitors who I was going to try and overtake at the start. Normally he was a few places ahead! Instead of spending time with Daniel or Lando prior to the start, when you intend on overtaking them, and have that hunger of wanting to overtake them, I say, ‘I want to talk to the guy I’m not gonna see in one hour.

“I was going to Charles and discussing about the race, about strategy, the car, how did it feel, qualifying on the day before, so I do have a good relationship with Charles, and I’ve been in touch already with him, and it’s been good so far,” summed up Sainz.

To many, though, nothing could replace the bromance he had with teammate Lando Norris last year at McLaren, in which he thrived on track, but also had some personality brought out by his overtly personable ‘muppet friend’, Lando.

“Definitely Lando, the moment we met we both knew that the team needed a good environment between each other, and people that will both push in the same direction,” said Sainz. “There was nothing to benefit from fighting each other and trying to prove to management who of the two drivers was better.

“Outside of the track we were both pushing in the same direction, listening to each other, and supporting each other in the simulator, and sharing some ideas and thoughts about the future. I think Lando also helped himself a bit from my feedback, and all that, and we helped the team grow, and we went into the 2019 season with that positive feeling, and the relationship got even better and better and we had this snowball effect.

“We ended up being actually really good mates, and enjoying our time on track more than ever,” summed up Sainz. Additionally, the Spaniard also noted that he will miss McLaren but will wish the best to them and hope it continues the trend it started in 2019 after few troubled F1 seasons before. He reiterated that the moment he jumped to the team, he felt it was the right step and he was looking forward to the McLaren-Mercedes era.