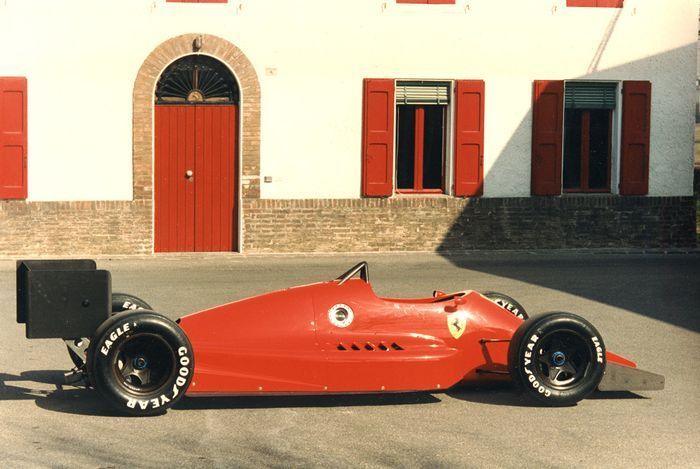 Ferrari is a lot of things, but small is not one of them. With a staff size rumored to be roughly 1,000, and a budget suspected to hover just below a half of a billion dollars, the team is gargantuan, with majority working towards F1 and some on the GT side.

This has its pros and its cons, with the sheer abundance of people, among countless other things, fitting into the former category. However, the latter category, too, has an occupant, it being a rather novel one.

With the budget cap being implemented in F1 2021 – with a lower threshold of $145 million, for that matter – Ferrari now faces a challenge, as they desire to keep as many staff members as possible on board, but will have to do so on a tight budget.

It may become even tighter if some teams – like McLaren – get what they desire: a lowered budget ceiling. With caps proposed as low as $100 million, Ferrari would have to make drastic changes, and this would leave them with limited options, although $145 million is more likely to happen for 2021 and will go down step-by-step in future.

At that point, maintaining all staff members would become near impossible, unless they reallocated some of these employees, deploying their talents with entries in other series’, especially with the argument from Binotto regarding Italian regulations of mass lay-off.

Looking at the future, two areas of motorsport have been discussed primarily, the first being sportscar racing, and the second being IndyCar. Both were talked about extensively by Ferrari team principal Binotto, where the latter will be a big step, not only for the manufacturer but also for the American championship.

“In recent weeks there has been a lot of discussion about the downsizing of the budget available for F1 teams,” said Binotto in an interview to Sky Italia. “A conclusion has now been reached. The limit of $175 million that had been defined and voted [in 2019] will be lowered to $145m.

“At Ferrari, we were structuring ourselves based on the budget approved last year, and further reduction represents an important challenge that will inevitably lead to review staff, structure and organization. We have come to a reduction of 145 million and it is a reduction that leads us to review our organisation.

“As Ferrari we feel strong social responsibility towards our employees and we care about their future, which is why we are also looking at other alternatives besides F1, like IndyCar for example, and we will try to make the best choice.

“All this besides the F1 that is part of our history.” Binotto previously made similar comments, and while they were initially perceived as quit threats or just further bluffs from Ferrari, the clarification of the logic behind the claim gave it some substance.

It’s worth noting, though, that such an operation would require serious attention and effort, with facilities needing to be set up. It would become especially intensive for the team if Ferrari build and provide chassis’ and engines.

This is what former F1 driver Mario Andretti suggested they do, to create a Ferrari-versus-Dallara battle with chassis, and a three-way fight on the engine front. This is not the first time that Ferrari has looked at America as in 1986, they had the 637 prepped for CART.

Even though they had the car ready and tested plus shown to the media, the Italian manufacturer never actually went on to use it competitively in a series. Interestingly, Ferrari is not perceiving all-electric series, Formula E, as an alternative option so far.

Their main F1 rival, Mercedes, has jumped into it as well with the likes of Audi, Porsche, BMW, Mahindra, Jaguar, Nissan, etc, banking on Formula E to develop electric superiority. Aside the manufacturers’ future, Binotto also discussed of the latest happenings.

The biggest change at Ferrari is the departure of Sebastian Vettel after 2020 and arrival of Carlos Sainz alongside Charles Leclerc. While speaking about the change, Binotto clarified the reasoning behind not picking up Antonio Giovinazzi, who is their academy driver too.

“Antonio is a boy whom I respect a lot,” said Binotto. “Last year he made his first season in F1, to go to Ferrari after a year I think requires too much responsibility. He must keep his back, we count on his growth and we will help him.

“It’s part of our plans, but he still has to experience F1.” Binotto noted that Vettel will have to re-think his priority and take a decision on his future. Looking towards 2020, he expects professionalism from both ends, to see-through the season in good spirit.

Ferrari has re-started work on their engine and chassis side after the FIA had suspended work for 63 days. The Italian manufacturer had stopped working around the Australian GP when COVID-19 infection was dangerously increasing in Italy.