Home F1 Leclerc rates 2020 Austrian GP as the best race in his short... 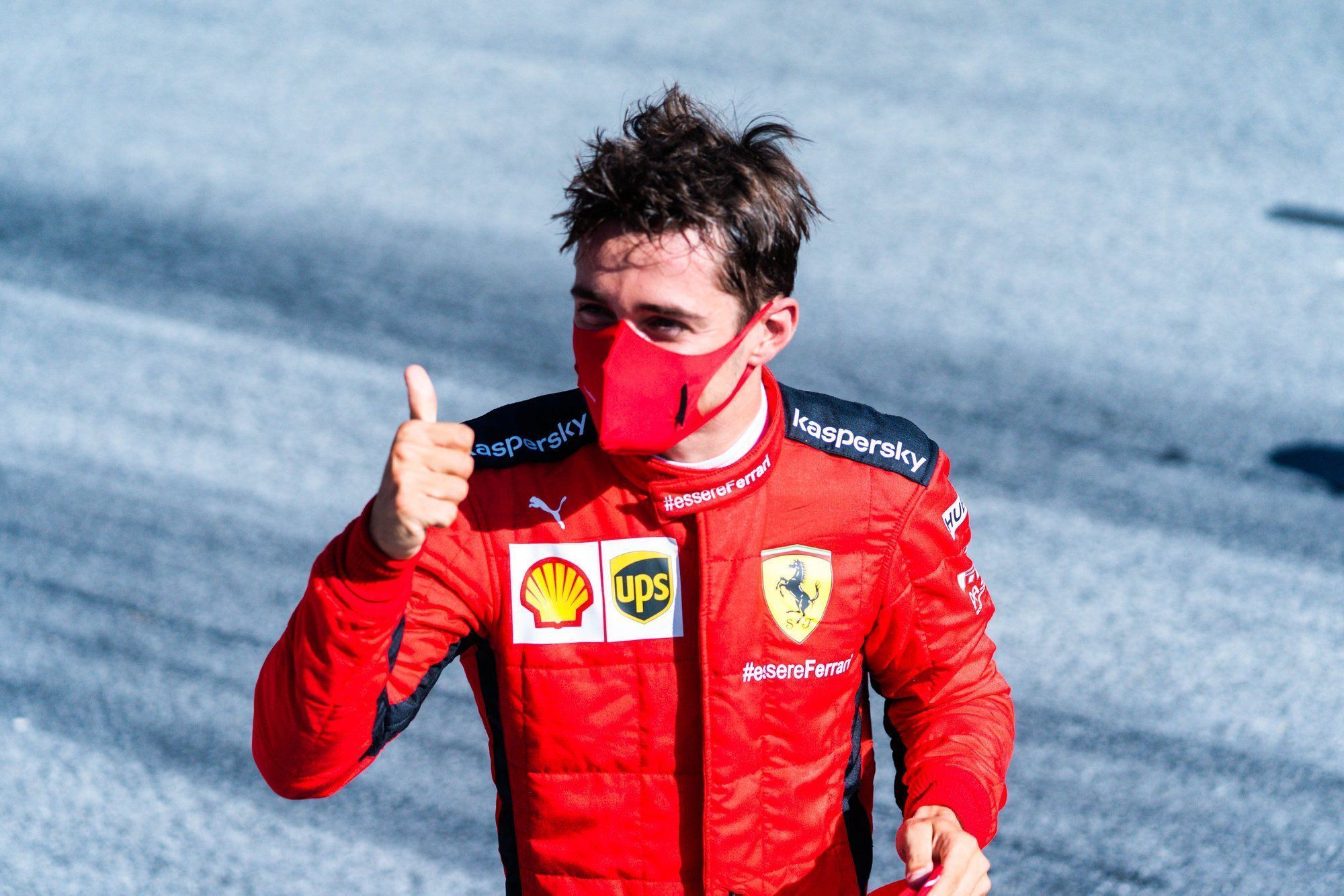 Charles Leclerc marks the 2020 F1 Austrian GP as the best of his short career where he unexpectedly put his Scuderia Ferrari car in second.

After a display of abhorrent one-lap pace on Saturday, Ferrari had depressingly low hopes for Sunday’s F1 Austrian GP – a race in which they lined up seventh and eleventh on the grid with Leclerc and Sebastian Vettel respectively.

However, these expectations were blown out of the water in the eventual Grand Prix as – while pace was lacking – Leclerc managed to climb through the field as his F1 rivals slowly dropped out of contention, as he eventually finished in second.

His pace came alive particularly in the final stint, when the Ferrari SF1000 – on hard tyres and with a low fuel load – was at its best. This allowed him to stay ahead of McLaren’s Lando Norris and within five seconds of Mercedes’ Lewis Hamilton.

“It feels like a victory,” said Leclerc. “We have been struggling from the beginning of the weekend. We’ve had luck in this race with the various safety cars, crashes, penalties but in the end we stayed on track.

“I gave my maximum and I think we managed the race perfectly with the package we have for the moment and to have a P2 with the performance we had all weekend, we made the best out of it and I’m extremely happy about our result because the performance is not where we want to be.”

Crucially, Leclerc stayed out of trouble in the race, and for this reason the Ferrari driver rates this race one of the best since his arrival into F1, even if it may not have been as meaningful as his debut win at Spa in 2019, or his triumph at Monza a race later. He also discussed some of the battles he encountered in the race.

“I would rate this one probably as one of my best races since I arrived in F1 because I really didn’t do many mistakes,” said Leclerc. “I’m extremely happy with the performance, also with the strategy, with our choices.

“It’s not been easy because in the first part of the race the race was actually pretty boring for us but I really pushed to stay focused and yeah, we were doing some quite good lap times. We were extracting the maximum out of the car and it paid off at the end, so that was great.

“Towards the end of the race, it was very tricky because Lando had the new tyres too and I was struggling a lot at the restarts to stay behind them, until Turn 4 and then, in all the high speed, we were very quick but in the whole first sector we were struggling a lot.

It was second time in a row that Leclerc finished second in F1 Austrian GP, although, as the Monegasque mentioned, this time it was more than what he expected unlike last time when he lost out to a charging Red Bull Racing’s Max Verstappen.

Luck helped Leclerc and Ferrari the first time but they will have to repeat the same this weekend when they line-up at Red Bull Ring for the second time. They will have part of their Hungarian GP upgrade but it remains to be seen if they use it all weekend or not.