Home F1 Vettel relieved to have spun only once, Binotto understands his troubles 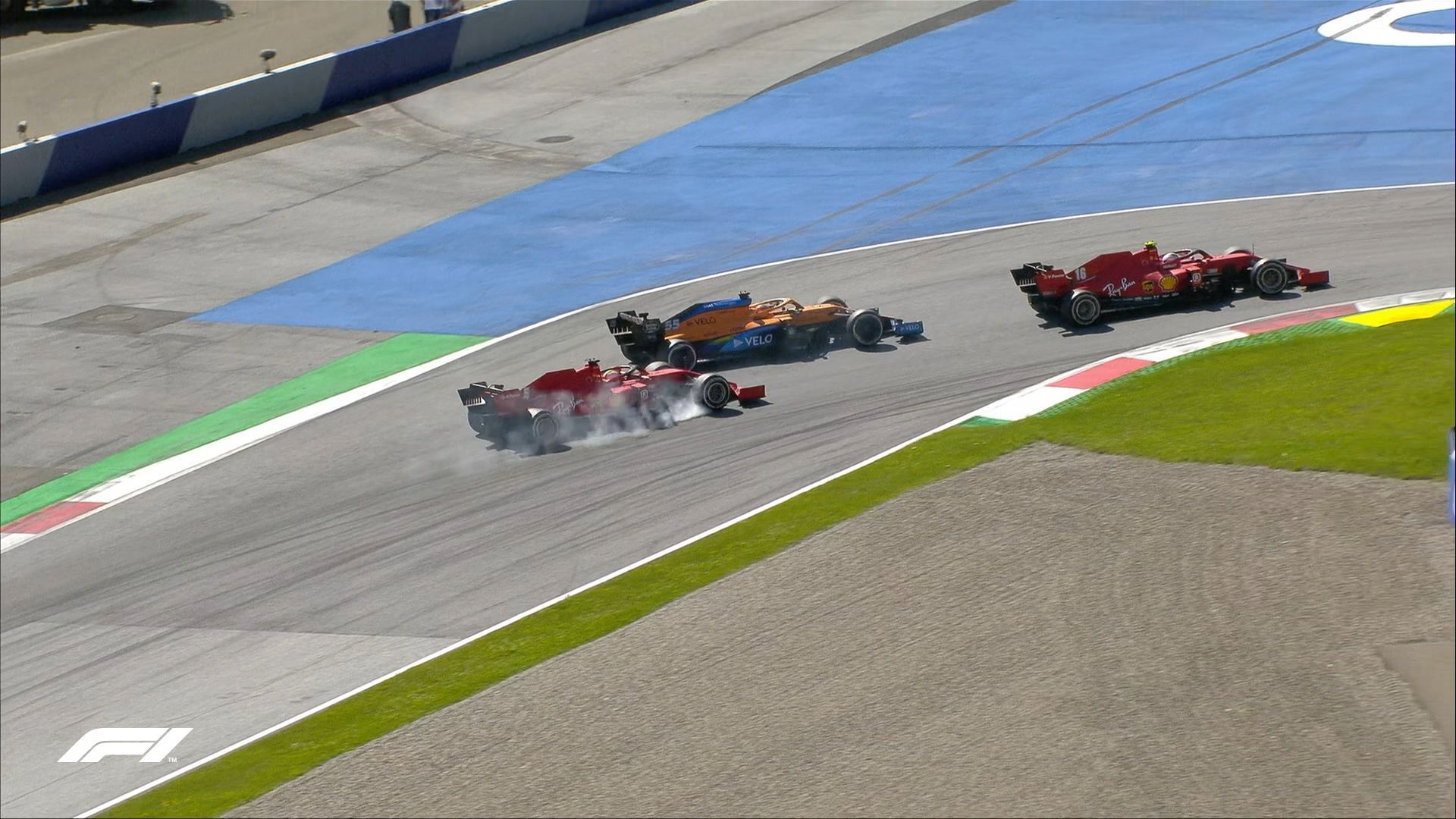 Sebastian Vettel was relieved that he only spun once in his Scuderia Ferrari car in F1 Austrian GP as Mattia Binotto understood the situation.

It only took few hours for a clip of Vettel to get viral on social media from the F1 Austrian GP. It was not because it was particularly quick or a beautifully crafted lap. Rather, the clip achieved modest internet virality because it exemplified the challenges faced by the German as he attempted to retain control of his ‘un-drivable’ Ferrari SF1000.

It showed him wrestle with oversteer in the first turn, and then instability under braking – among other things – at various other points at Red Bull Ring. Vettel did lose control of his Ferrari, though, at one point, as he spun at Turn 3 after getting too close for comfort relative to Carlos Sainz’s McLaren.

Vettel was later quoted as saying that he was happy to have only spun once given the incredibly challenging nature of his Ferrari in the race, be that because of set-up or car performance. “To be honest, i am happy that I spun only once,” he said. “It was difficult and tight.

“I think Carlos turned in and I was Just on the edge because I wanted to be as close as possible and [I] lost the rear. But to be honest, I lost the rear a couple of times [in the grand prix]. As I said, I am happy that it only happened once.

“We have to look but for sure the car was very difficult today, I tried my best obviously, the safety car helped us and it was quite entertaining in the end, but not the result I wanted.” Things were bad as Vettel eventually finished 10th among the 11 finishers.

Ferrari team principal Binotto relayed a similar message, stating that Vettel had told him of the car’s poor driving feel on-track. The Italian acknowledged that the German’s spin was likely avoidable, but did note that a F1 driver will inevitably have a hard time of things if the car is not to their liking.

“It has not been his greatest race,” said Binotto. “I think he was uncomfortable in the car, with the balance of the car. He said the car was not as drivable. When a driver is in such conditions they are unable to do their best.

“The spin was certainly not a great action from his side, but I think it’s a shame because today could have been important to score points, maybe at a time when our competitors are not scoring as many points.

“It’s really a shame, but now we have to see why the car was not behaving, and let’s hope that next week we will do better,” said Binotto. There was some joy at the other side where Charles Leclerc unexpectedly ended up second in the grand prix.

Here’s video of the contact between Vettel and Sainz: https://www.formula1.com/en/video/2020/7/Austrian_Grand_Prix_2020__Vettel_spins_after_Sainz_contact.html

[Note: The video going around on social media cannot be shared on our site due to FOM restrictions]