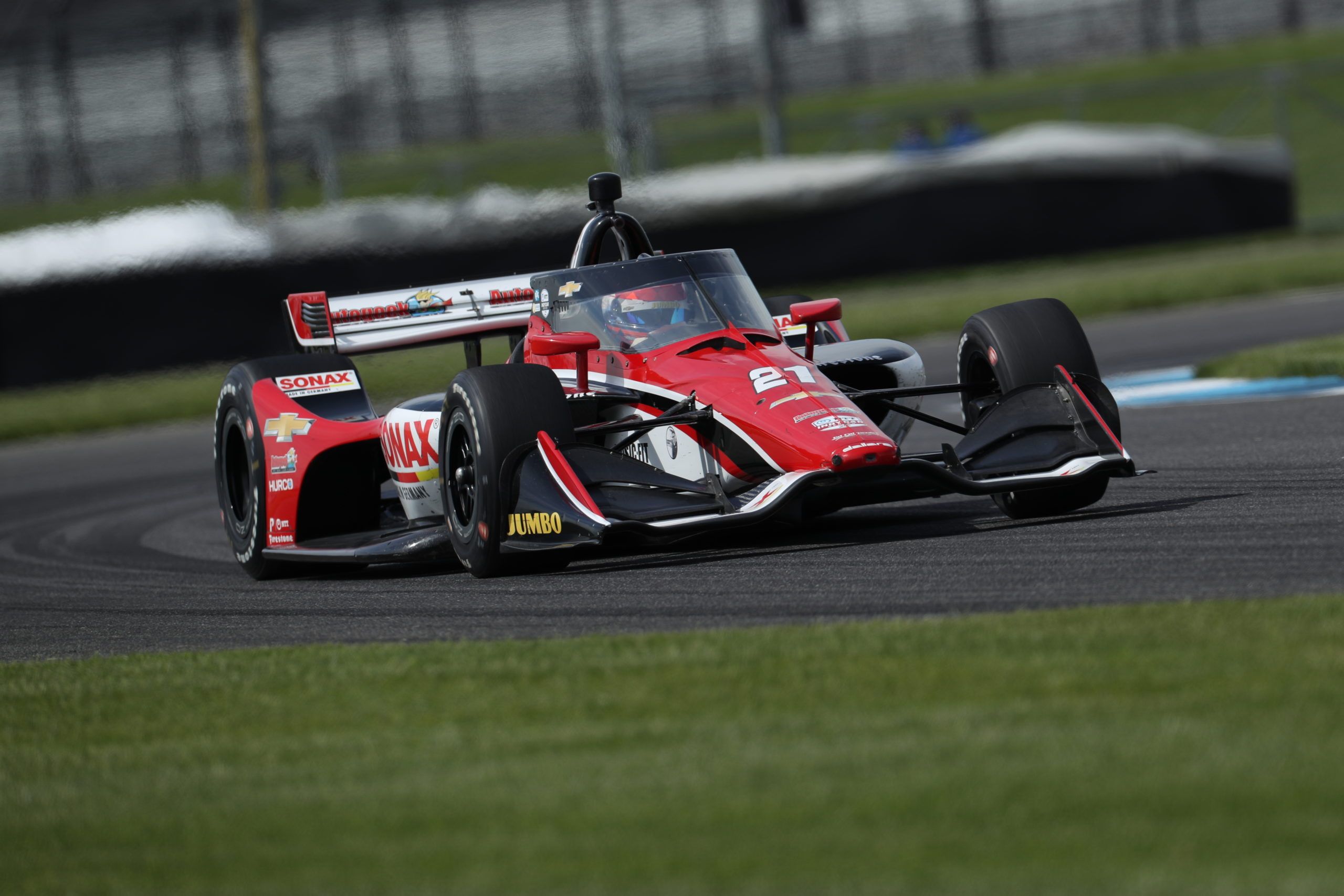 Back at the Indianapolis Motor Speedway for the first time in 2021, the IndyCar GMR Grand Prix began with DCR’s Romain Grosjean on pole, with the Frenchman leading Penske’s Josef Newgarden into turn one at the brickyard.

Also at the start, Newgarden’s teammate Simon Pagenaud hit ECR’s Conor Daly from behind, leaving the latter’s IndyCar marooned in the grass at the first turn. This resulted in a full course caution, which remained until lap 5.

Grosjean again managed the restart well, leading the field for the following lap and cultivating a substantial lead over MSR’s Jack Harvey, who had overtaken Newgarden in the midst of the turn-one melee.

In the subsequent laps, both Harvey and Newgarden pitted. However, Grosjean remained out on an alternate strategy, before pitting on lap 25. The Frenchman reemerged in second, before regaining the lead after CGR’s Scott Dixon pitted.

When much of the IndyCar field pitted again on lap 38, a botched pit stop for Harvey saw the Brit lose a great amount of time, before he suffered a puncture which again forced him into the pits. Grosjean responded to the pit stops of his pursuers by pitting on lap 43, falling into the clutches of ECR’s Rinus Veekay, whose undercut proved effective as he passed Grosjean in the latter’s outlap.

Grosjean and Veekay ran first and second (with CGR’s Alex Palou in third) until lap 61, when Veekay pitted in reaction to a prior pit stop from Andretti’s Alexander Rossi. On lap 63, Grosjean responded to Veekay’s stop, as he emerged behind the Dutchman.

Rain clouds loomed over the speedway with 15 laps to go, though rainfall remained an insignificant factor in the race – during which Veekay maintained his lead. The Dutchman ultimately finished the race in first, from Grosjean, Palou, and Newgarden.