Home F1 Horner says his focus is on Red Bull job and not succeeding... 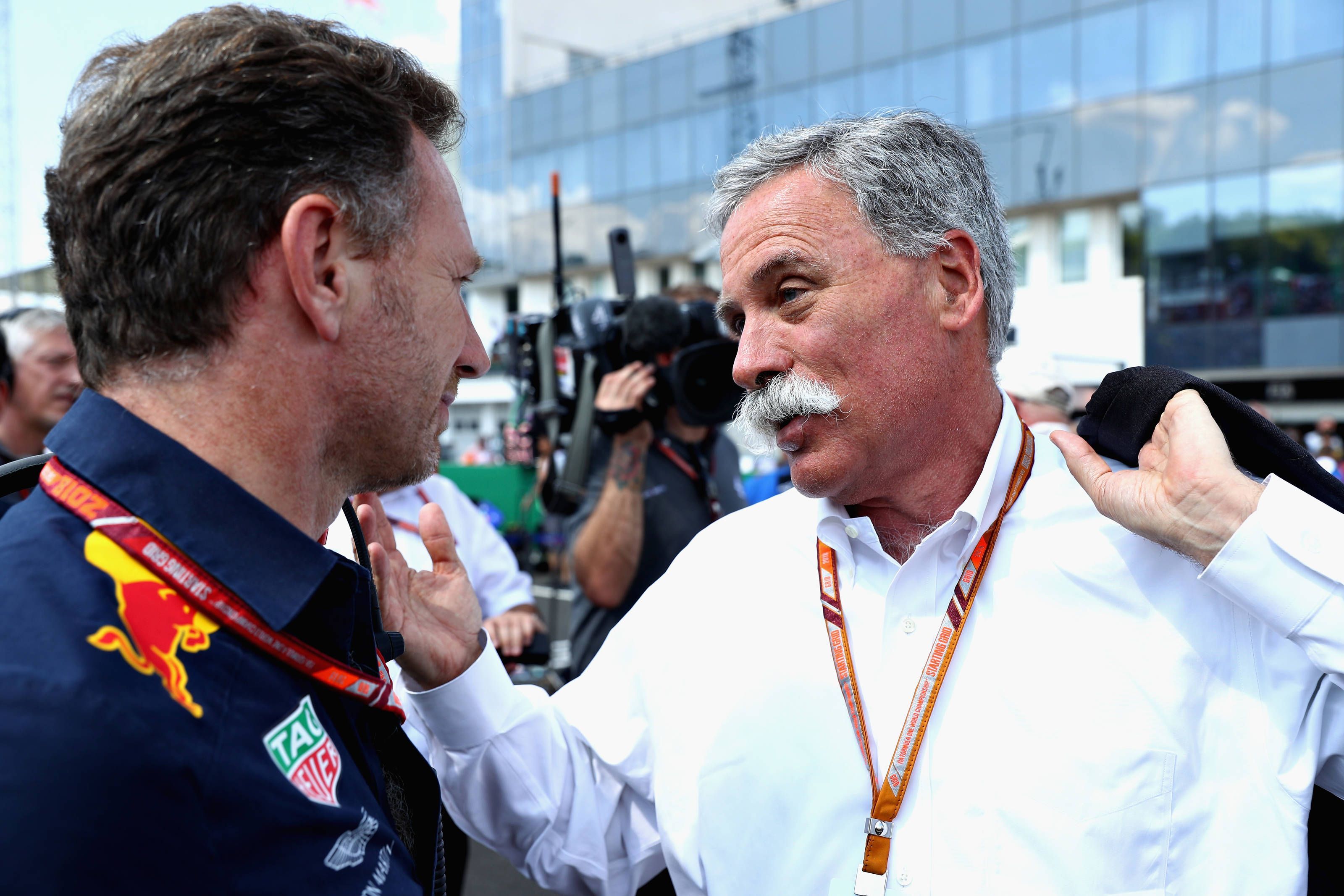 Red Bull Racing’s Christian Horner pulled out his name from the hat to succeed F1 boss Chase Carey, if at all the American is to be replaced.

Off-late, there is a new speculation regarding the replacement of current F1 boss and Liberty Media’s Carey, whose contract is coming to an end after 2020. There is no certainty if Liberty Media is wanting to replace Carey but rumours continue to spread.

The key figure which came out as his replacement was Mercedes’ Toto Wolff but recently, Red Bull’s Horner also joined the fray – again without any intimation of whether Carey’s position is in danger or not. Both Wolff and Horner played down the stories.

The latter pressed on his commitment to Red Bull, while praising the hard work Carey has to do. “I enjoy racing and my commitment is with Red Bull,” said Horner. “There is a lot more I want to achieve from a competitive position.

“And my objective is to get Red Bull back into a consistent winning position, challenging for championships. I am not aware that Chase is about to step down imminently, I think there is a lot of speculation but I think it is exactly that.

“So as far as I am concerned I am very happy doing what I am doing and my focus and commitment is very much on getting Red Bull back into a competitive, consistently winning situation. It’s an irrelevant question [I think].

“It’s Liberty’s business at the end of the day. Whoever they chose to run it for them is their choice, it’s not down to the teams, it’s their business, it’s their investment. I think that Chase is doing a great job. I think he’s learned quickly about F1.

“I think if you look at the actual show now, the crowd sizes, the attendance, everything that’s going on around the sport, there’s a lot of great things happening. We just need a better product and I think if the product can be addressed through the regulation changes for 2021.

“If we get that right then the potential for this sport is phenomenal because even when we’re seeing serial winning, there’s still good people coming through the gates. Austria was a sell-out, Canada was a sell-out. Attendance is up everywhere we go.

“And you think crikey, if we can actually put on a great show like Austria was and it doesn’t necessarily mean that Red Bull need to be doing the winning, it would be great to see some of these guys doing the winning as well, then I think the potential of F1 is huge.”

The same question was out forward to few other team bosses as well, with Williams’ Claire Williams stating: “It is pure speculation. I believe it’s never come up about Chase, so I don’t know what’s going on there.

“If you’re genuinely asking me my thoughts around Christian or Toto running F1, clearly I think they would both be excellent at it.” At the same time, McLaren’s Zak Brown added: “I’ve seen a variety of names linked to it. I don’t know how real it is but Toto would certainly be a credible candidate.”