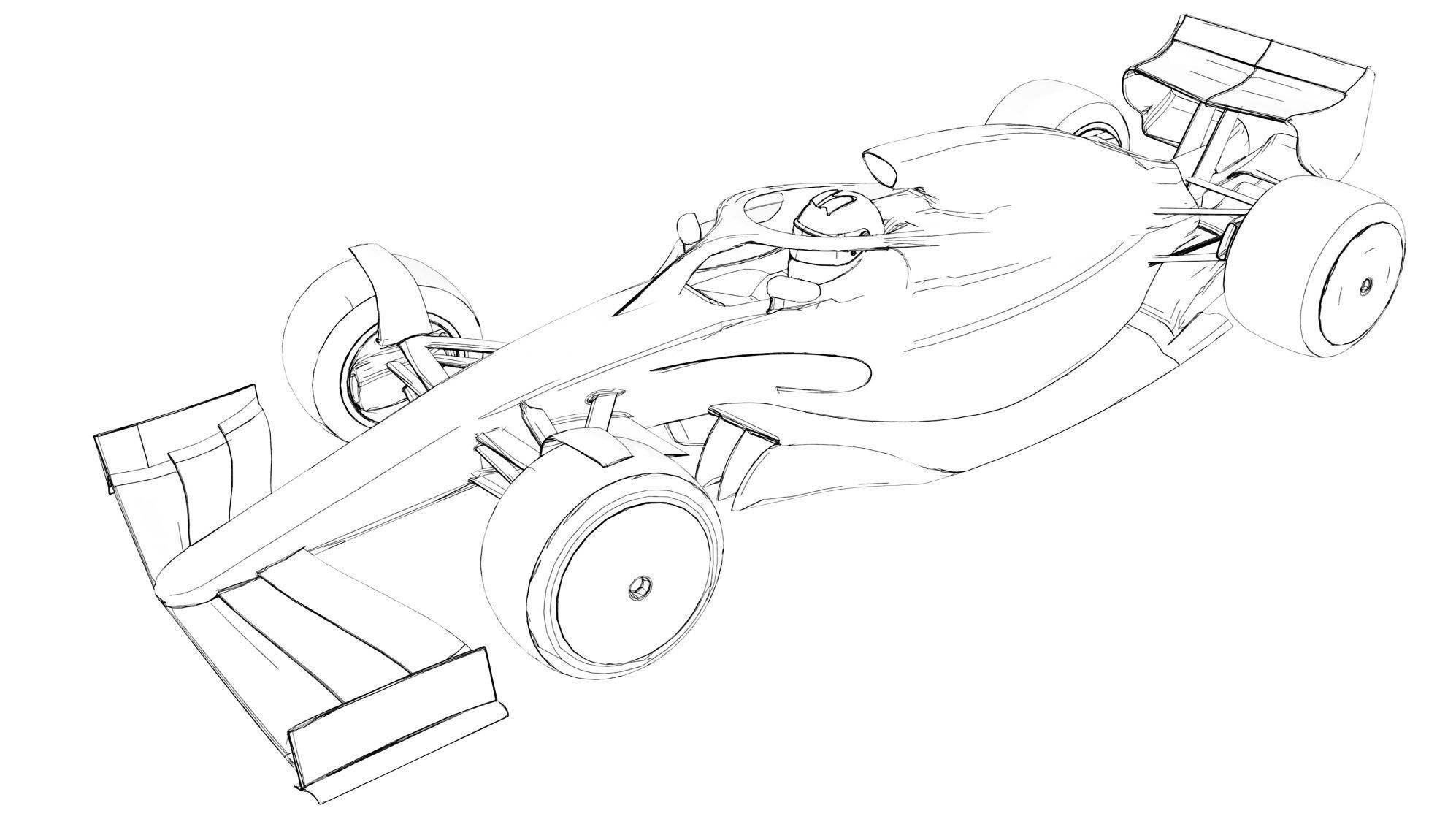 F1 has released more details with regards to the technical and commercial regulations proposed from 2021 onward.

The final product was to be presented at the end of June 2019 but a decision was taken by the FIA, Liberty Media/F1 and Strategy Group involving teams and drivers to push it to the end of October 2019, so as to give themselves more time to perfect it.

F1 already released some concepts last year during the Singapore GP weekend, as the move towards standardisation was also discussed along with a budget cap, to be implemented in a step-by-step process to ease it on the bigger teams.

With the final draft still in progress, F1 has now revealed further details which has been and is being discussed between all parties, along with the existing facts through Ross Brawn, Pat Symonds and Nicholas Tombazis.

One of the key point is having more raceable cars and bring down the issues generated by the 2017 changes with regards to the downforce level. Already the 2019 changes brought it down by 50 percent as per F1/FIA numbers and it will go down further in 2021.

To have that, Tombazis revealed about introducing ‘ground effect’ for downforce generation, which was deemed not usable in Europe, largely due to the safety issues. It is not clear but it can be assumed that with the improvement in safety standards, it will not have an issue.

The tyres are to play a big role as well, especially with the move to 18-inch. “There’s a diffuser going right under the car, with a Venturi-type channel running through it,” said Tombazis. “The tunnels go right from the front to the back.

“The two strong vortices we are creating take a lot of the wheel wake up and over the car behind. As a result what the car behind sees is much cleaner flow. There is further work going on with the front wing.

“We are still not completely happy with it, both from an aero point of view and from an aesthetic point of view, so we are trying to make it better in both aspects. There are good reasons why the current wing is very wide aerodynamically, but it is not the best aesthetic result, so there is work going on there.

“We are into a deep consultation with Pirelli about how to be in a position where [the tyres] enable people to race and don’t degrade or force people to manage so much. They will need a broader working range and will not be as sensitive as the current tyres.

“We have understood jointly quite a lot of things that will make a significant difference in that respect.” Symonds added: “The high degradation target is not the way to go, however, we do believe that pit stops are important in F1 and we know our fans enjoy these two-second stops. Some of the teams are going to help us with this task through simulation.”

Symonds also added that the plan is to produce a super-hard tyre which should go on for a longer period and the proposal is also for the tyre blankets to be outlawed from 2021. In another step, Brawn talked about having a largely competitive grid.

One of the biggest issue in current time is lack of surprise results with the midfield teams having little to no chance for a podium. Brawn said that they are trying to combat that with a ‘very perspective aerodynamic rules’ to stop bigger teams all-out domination.

In doing so, they are mulling ‘removal of some driver aids on the cars’ along with an investigation on ‘reduction of car-to-pit telemetry’. This will limit race engineers coaching drivers on tackling overheating and tyre wear issues during the races.

After all the debate around aesthetics, especially after the introduction of the Halo, work is on to make it more pleasing from 2021 onward as they are working with an automotive stylist to give it a more futuristic look without compromising on any other fact.

The type of circuits are to be analysed too with Brawn stating that Vietnam is the first of their new philosophy. “We do aim for the final product to be aesthetically pleasing,” said Tombazis. “To be a car that promotes a certain amount of passion.

“And a certain ‘wow factor’, so we want that to be part of the new F1. The front wing, we’re still not completely pleased about, both from an aerodynamic point of view and from an aesthetic point of view. So we’re trying to make it a bit better in both aspects.

“There’s good reasons why the wing is very wide aerodynamically, but we all will appreciate that it’s not the best aesthetic result, so there’s work going on there.” Moving on to the commercial and financial structure, many changed is being looked at.

So far, F1 has failed on every attempts of introducing a budget cap but for the first time, it looks like there will be some form of it, even if it won’t be a perfect one. As we have seen in recent times, standardisation is a key part and they have identified the list.

Discussions are on to include as many components in the list which can be standardised and help in cost-cutting. The proposed budget cap though will not have the drivers’ salaries and also the payments of a small number of key team personnel.

Teams’ marketing activities – like what Red Bull and Renault does often – won’t be restricted either. “The great teams will still be the great teams,” said Brawn. “But in all the marginal gains that they do where they have 10 people on a project instead of two, which brings 5% more performance – they won’t do that anymore.

“They can’t, or if they do, they’ll be losing out in other areas where perhaps they could perhaps be making better gains.” The speculated number is $175 million, but it will only be known and clear once the final draft is presented.

“The first meeting that we had was very good and the drivers stood as a group,” added further Brawn. “Drivers come under pressure from their own teams to take a position and that means that they’re just another voice in the same direction.

“[But] when the drivers stand and give us their own views, as a drivers’ group, the GPDA, that’s really helpful and constructive. Our objective is to make F1 more entertaining, more accessible, more sustainable.

“That is from a commercial perspective [as well and] not just an environmental one. “There’s a lot going on, and it won’t stop. It will continue, and this is the new philosophy of where we will take Formula One.”