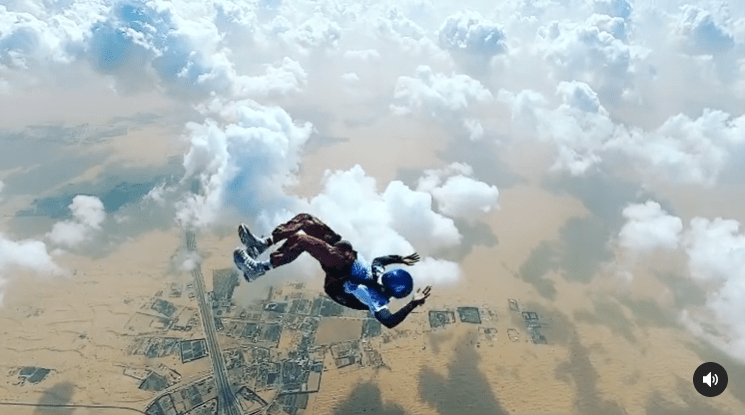 Lewis Hamilton says he spent time on wind tunnel to practice skydiving as he shares an old video of him doing it in Dubai.

Mercedes F1 driver, Hamilton, has been vocal about trying skydiving for some years now. He first posted about doing it few years back in Qatar, showing the skills he has in air, apart from the ones he shows on track and even on the keyboard or mike.

Post that Qatar video, Hamilton hasn’t shared much about skydiving, until Sunday, when he shared an video from Dubai – probably from last year or so, where it had him jump from the plane and perform tricks in the air, for over 30s with a mate.

Hamilton had an interesting caption, where he stated that he has been practicing it on the wind tunnel. While it is not clear if he did mean the one in Brackley, but the Brit added that he will share his progression, possibly, showcasing his learnings.

“I’ve been learning to sky dive over the past couple years. It’s one of my favourite things to do in my spare time,” wrote Hamilton. “This me trying for the first time flying on my back of which I was useless at, lol. After this I went to spend time in the wind tunnel to practice. I’ll post that next to show you my progression.” 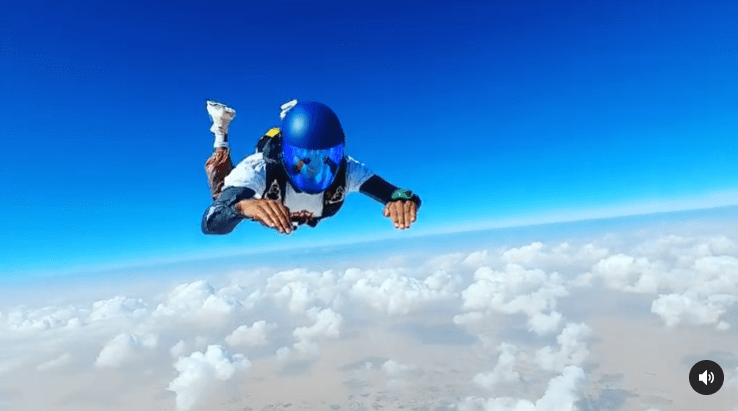